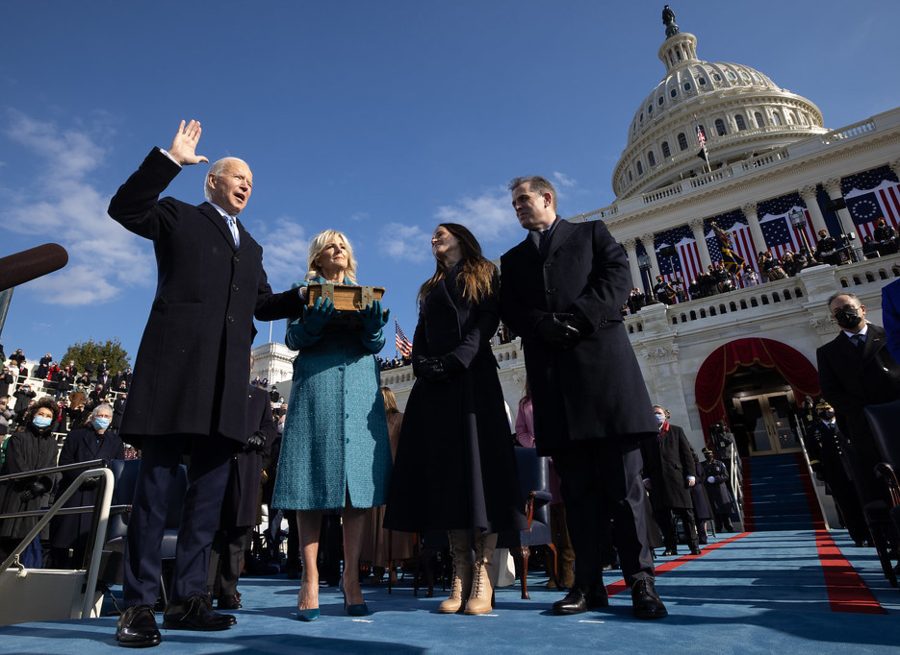 Is recognition of God in the public arena today just a meaningless construct? It reminds me of politicians swearing in on a Holy Bible, but having not the slightest clue what the Good Book actually says.

If you asked the average American today, “What is the national motto of America?” I doubt that many of them would answer correctly.

Of course, the answer is, “In God We Trust.” And it has been as such since the 1950s. This harkens back to America’s founding. Americans have been “endowed by their Creator with certain unalienable rights,” says the Declaration of Independence, our national birth certificate. Remove the Creator and those rights are in jeopardy.

The Most Basic Expression of Americanism

Virtually all the early charters of the colonies and all the early constitutions of the original 13 states mention God in one way or another. As President Eisenhower once put it, “Recognition of the Supreme Being is the most basic expression of Americanism.”

A new crop of American leaders is trying to exclude God and Christian influence from having anything to do with the public arena.

“In God We Trust”? It sure doesn’t seem to be the case right now.

We see examples of this all over the place:

The National Anthem Under Siege

The fight over the National Anthem is an interesting conflict, because a little-sung verse at the end of “Oh Say, Can You See” is the source of our national motto, “In God We Trust.”

Blest with victory and peace, may the heav’n rescued land / Praise the Power that hath made and preserved us a nation. / Then conquer we must, when our cause it is just, And this be our motto: ‘In God is our trust.’

The Lincoln administration was the first to add the words “In God We Trust” onto our coins — during the Civil War.

The National Anthem was born during the War of 1812, a conflict between the United States, a relatively new nation, and Great Britain. Black slavery had nothing to do with the conflict per se.

Human Events notes (3/4/21) that Seth Jahn, a Native-American who has served in the military in Iraq and Afghanistan, has been removed from the U.S. Soccer Federation’s Athlete Council because he defends the National Anthem. Despite his 11 years’ service in the military, he has become persona non grata for wanting to honor America and its traditions.

He told the committee,

…in all of history, only one country has fought to abolish slavery, the United States of America, where nearly 400,000 men died to fight for the abolishment of slavery underneath the same stars and bars that our athletes take a knee for. Their sacrifice is tainted with every knee that touches the ground.

The founders of America spoke on numerous occasions about the importance of recognizing God’s help — even in our becoming a nation in the first place.

The very first inaugural address (April 30, 1789) delivered by the first president, George Washington, stressed the importance of our national obligation to thank God for His help that we even exist as a nation.

No People can be bound to acknowledge and adore the invisible hand, which conducts the affairs of men more than the People of the United States. Every step, by which they have advanced to the character of an independent nation, seems to have been distinguished by some token of providential agency.

Our second president, John Adams, noted in a letter to our third president, Thomas Jefferson:

But today a new crop of American leaders is trying to exclude God and Christian influence from having anything to do with the public arena. But since God is the source of our rights, that’s like the proverbial man sitting on a branch while he is busily trying to saw that limb off the tree.