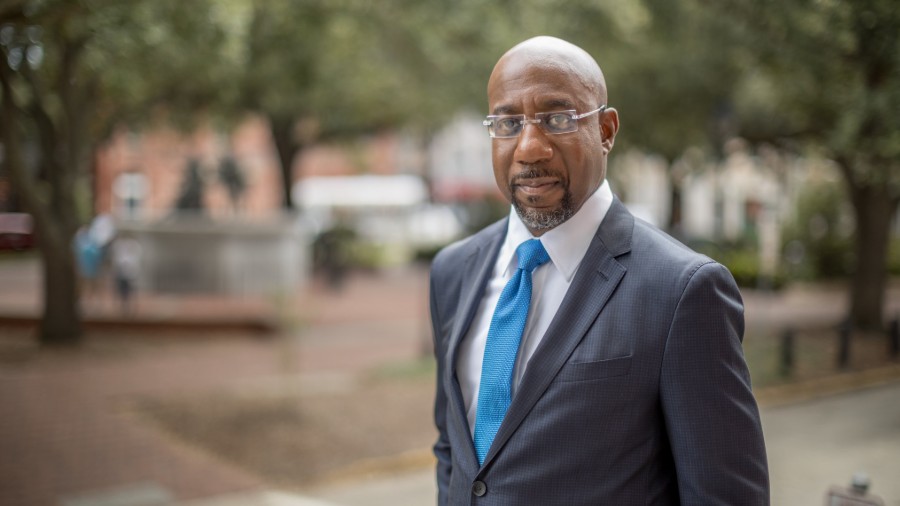 While some ballots still remain to be counted for the Georgia Senate runoffs, Democrat Raphael Warnock appears poised for victory over Republican Sen. Kelly Loeffler, while Republican Sen. David Perdue and Democrat Jon Ossoff remain in a tight race.

Georgia law permits a recount if the margin of defeat is less than half a percentage point.

In the early hours of Wednesday, Loeffler said, per The Hill, “It’s worth it for this election to last into tomorrow. We’re going to make sure that every vote is counted.”

“We have a path to victory and we’re staying on it,” she added.

The “fate of the Senate — and the nation — will be decided by Georgia voters,” Sen. Marco Rubio, R-Fla., wrote in a Fox News op-ed published Monday.

Democrats and Republicans will be split evenly in the Senate if Warnock and Ossoff win the two Georgia seats. The vice president would then be the tie breaker when the Senate is split 50/50 on a vote.

Speaking to a crowd in Georgia Monday, Vice President Mike Pence called the Peach State the “last line of defense” against the far left agenda of a Democratic-led House and former Vice President Joe Biden and his vice presidential pick, Sen. Kamala Harris.

Biden also visited Georgia on Monday to campaign for Warnock and Ossoff, telling the crowd gathered at an Atlanta rally that “this is not an exaggeration: Georgia, the whole nation is looking to you to lead us forward.”

Voters were required to cast their ballots, or be in line to vote, by 7 p.m. Tuesday night. Election officials were not allowed to begin counting ballots until the polls closed.

Military personnel and overseas ballots were required to be postmarked by Tuesday, but can still be received and counted until Friday. Arrival of mail-in ballots over the next three day may delay election results for both races.

Under Georgia law, the four candidates were required to compete in the runoff election after no one received a majority of the votes during the Nov. 3 election.

Democrat candidates Warnock, 51, and Ossoff, 33, have spoken out in support of Biden’s agenda on the campaign trail.

Warnock, who pastors Atlanta’s Ebenezer Baptist Church which Martin Luther King Jr. once led, says on his campaign site that he will: advocate for America to “rejoin the Paris Climate Accords;” “oppose all partisan attacks defunding health care providers like Planned Parenthood;” “fight for and support the Equality Act;” and “protect, improve and build upon the Affordable Care Act.”

Warnock has receive harsh criticism for his pro-choice views, especially after tweeting in December, “I am a pro-choice pastor.”

I am a pro-choice pastor.

Ossoff’s views appear to differ very little from those of Warnock. He states on his website that he is pro-choice, supports the Affordable Care Act, and re-entry into the Paris Climate Accords.

Ossoff, who will be the youngest member of the Senate if elected, has been the CEO of a media company called Insight TWI since 2013.

During their first debate in October, Perdue accused Ossoff of being “a rubber stamp for Chuck Schumer.” Perdue, 71, has served as a U.S. senator for Georgia since 2015 and ran his runoff campaign on the message “we win Georgia, we save America.”

Perdue was a businessman for over 40 years, working his way up to becoming CEO of Dollar General before running for Congress.

If reelected, Perdue says he will fight for the rights of the unborn, “protections for Americans with pre-existing conditions,” and for American energy independence. The senator’s platform has also focused on his support for America’s economic growth, advocates tax cuts for Georgia families and small businesses and for the passage of a “Balanced Budget Amendment” to reign in Congress’s rampant spending.

Loeffler, who campaigned alongside Perdue, ran for reelection against Warnock in the state’s special election after being appointed senator by Georgia Gov. Brian Kemp, a Republican, when Sen. Johnny Isakson, also a Republican, retired at the end of 2019.

Loeffler, 50, campaigned on the message of economic growth, fair trade, and upholding traditional American values, while calling her opponent Warnock “the most radical and dangerous candidate in America.”

“The Democrats want to fundamentally change America,” Loeffler said during a Dec. 6 debate with Warnock. “And the agent of change is my opponent, radical liberal Raphael Warnock.”

Warnock has repeatedly attacked Loeffler, a former businesswoman, for her wealth, claiming she is out of touch with the common man and accusing her of having “purchased” her Senate seat. Loeffler is estimated to be one of the wealthiest members of Congress, with The Washington Post reporting Loeffler and her husband, Jeff Sprecher, are worth more than $500 million.

Virginia Allen is a news producer for The Daily Signal. She is the co-host of The Daily Signal Podcast and Problematic Women. Send an email to Virginia. Follow her on Twitter @Virginia_Allen5.