In America, the System Bends Towards Justice 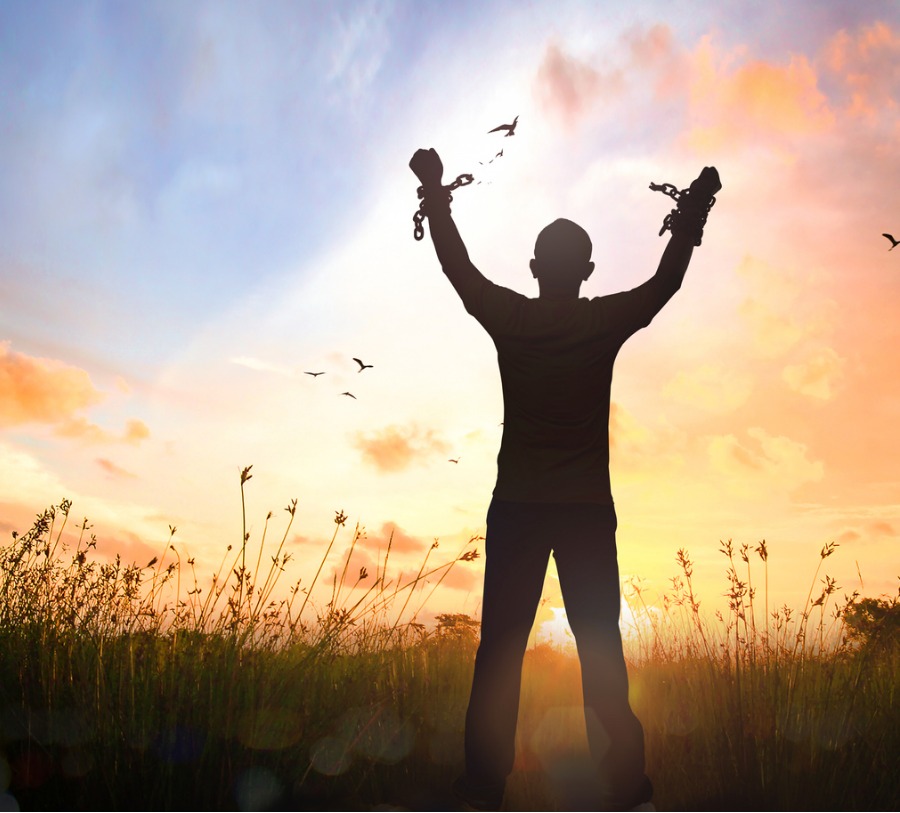 “The arc of the moral universe is long, but it bends toward justice.”

This oft-repeated and commonly misused quote — which stems from a 19th-century sermon — was cited by Martin Luther King Jr. and, more recently, President Barack Obama.

Many take it to mean simply that there is an inevitability to world events and that we should seek to be on the right side of history, so to speak.

In these days, when seemingly all of American and Western history has come into question, it’s easy to focus on the individual sins of our history to condemn the whole.

Perhaps we can reach our perfect future if only we purge the ugliness of the past and dispense with all the dissenters who stand in the way, this line of thinking goes.

One of the great problems with our current “war on history” is how much of America and its Western civilizational origins now are defined as uniquely bad in comparison to the rest of the world.

European Colonial History in six words: “Is that yours? It’s mine now.”

Taking what other people have is essentially the norm through almost all of human history. Most, if not all, societies have had no qualms about taking from others if they were strong enough.

Such gibes and attacks on America are becoming tediously common.

In a sense, our view of history is skewed by our own success.

So many Americans have enjoyed such enormous prosperity that when we find flaws and failures, especially in a past that often seems so alien to our world, our instinct increasingly is to condemn it as fundamentally rotten, the people irredeemable.

In America, we lurch toward justice because we have a just system, or at least a system that allows for justice and the truth to succeed in a sea of uncertainty, falsehoods, and injustice.

Many Americans now have distorted notions of what should and shouldn’t be, and how the world generally has operated.

In America, we lurch toward justice because we have a just system, or at least a system that allows for justice and the truth to succeed in a sea of uncertainty, falsehoods, and injustice.

For that we should be thankful because this development certainly was not inevitable.

Just look, for instance, at the history of the second country in the New World to declare independence, after the United States.

Haiti, like the U.S., was born in revolution. In 1791, a slave uprising toppled French authorities in Saint Dominique — later renamed Haiti — and brought an end to colonial rule. It was one of history’s rare cases of a slave uprising succeeding.

The rebellion was led by Toussaint L’Ouverture, a black former slave turned revolutionary, and was imbued with the Jacobin spirit driving the concurrent revolution in France.

Before the revolution, Haiti was known as the “Pearl of the Caribbean” due to its immense wealth and beauty. In many ways, it was wealthier than the newly created United States.

From there, the two countries’ paths diverged.

L’Ouverture was the George Washington of Haiti. Like Washington, he was a great general and impressive leader of men. And perhaps surprisingly enough, he had been a slave owner.

After leading his new country in victory over the British empire, Washington famously stepped away from power and resigned his position as commander in chief of the Continental Army when his job was done.

Then, after serving his country as the first elected president under the Constitution, Washington again returned to civilian life.

In 1801, Thomas Jefferson succeeded John Adams to become the third president of the United States, marking the first time in recorded history where one “party” replaced another in power without a resort to bloodshed.

In America, appealing to ballots instead of bullets would become the norm. It was a norm sustained by the endurance of the Constitution and culture of self-government.

Also in 1801, L’Ouverture made himself dictator for life in Haiti, with the ability to appoint his successor.

After seizing power, L’Ouverture re-implemented a system that mirrored slavery in all but name. He even restored the importation of slaves from Africa shortly after banning the practice.

Here was a man, a black man, who had tasted the bitter tears of slavery and led a slave rebellion, yet ushered in a new form of slavery to maintain his island nation’s wealth and power.

L’Ouverture was not, as one New York Times writer noted, an “abolitionist saint.”

Instead, he was a desperate leader of a beleaguered nation, searching for a way to sustain its independence in a hostile world while maintaining his grip on power.

He was captured by the French military in 1802 and replaced by his lieutenant, Jean-Jacques Dessalines.

Dessalines then made the fateful decision in 1804 to murder the island’s white inhabitants, in one of the first genocides of the modern world.

Despite the fact that, following this massacre, nearly all of the island’s remaining inhabitants were black or mixed race, racial prejudice remained widespread and racial distinctions were systematized.

“Blacks and mulattos, who had both been victims of race prejudice in colonial times, now became perpetrators, as long-standing grudges led each group to eye the other, and foreign whites, with suspicion,” wrote historian Philippe Girard in his book, Haiti: The Tumultuous History—From Pearl of the Caribbean to Broken Nation.

The most ruthless form of “social justice,” genocide, led not to equality and liberty, but an ongoing cycle of vengeance, recriminations, and hostility.

Haiti became isolated and avoided because of its inability to protect the lives and property of citizens and outsiders. In two centuries, it stumbled through countless regime changes, civil wars, and more genocides.

The Pearl of the Caribbean – which had power and wealth that rivaled the United States at its founding — became the poorest country in the Western Hemisphere.

But what of the United States?

Despite the fact that slavery existed at the time of the founding, the institution held an untenable position in a country based on the words of the Declaration of Independence, crafted by a slave owner, that “all men are created equal” and endowed by their Creator with unalienable rights.

The Constitution, which intentionally never mentions slavery by name, provided the means by which liberty, justice, and eventually emancipation could be realized. And they were.

The American system may look messy, especially to outsiders, but it has an incredible way of succeeding through the muck of ordinary politics and the failures of fallen human beings.

Out of a deeply imperfect world, Americans have forged a more perfect union, as Abraham Lincoln called it. This was carried out through our system of limited self-government. It was embedded in the culture that produced a Washington, a man who was tireless in devotion to his country and, like Cincinnatus, humbly returned to civilian life when his duty was done.

It was a system built on the rule of law, debate, and deliberation.

There are some who would say that perhaps it is time to stop celebrating our imperfect past and its imperfect heroes.

But America was not built by abstractions or gods. It was created by men and women created in the image of God, but fallen from grace. America became great, and not simply because of the Constitution and the Declaration, as much of a cornerstone to this country as they are.

No, it was built from that foundation by generations of men and women committed to government of the people, by the people, and for the people. It was sustained by countless Americans who stepped into the arena, who have clung to, defended, and advanced what began in 1776.

From Flawed to Great

The fact that our Founders, like Washington and Jefferson, were imperfect men who owned slaves should not lead to damnation of their life’s work, but hope.

Their country, through time, abolished an unjust institution that it was born with.

Flawed people can be great, and so can flawed nations.

Cruelty and deprivation are the norms of life on this earth. We are all the descendants of slavers and the enslaved.

Once in our history that system broke down. We were fortunate enough to have a president committed both to ending slavery and ultimately to restoring both the union and the Constitution.

As countless other revolutions devolved into anarchy, violence, and then tyranny, the American republic rose and gained strength. It transformed from a colonial backwater at the edge of the world to a mighty empire of liberty. It became a place where people — of almost all races and backgrounds – strive to get in rather than claw to get out.

The history of human affairs is not a place where one finds lasting liberty and justice for all. Cruelty and deprivation are the norms of life on this earth. We are all the descendants of slavers and the enslaved.

In this moment in which so many are committed to rewriting and purifying our past, committed to tearing it down in the name of social justice, it’s important to reflect on the undeniable success this country has achieved in such a short time.

America always has been great, and it can be greater still, as long as we don’t abandon the good things that brought us here.

Jarrett Stepman is a contributor to The Daily Signal and co-host of The Right Side of History podcast. Send an email to Jarrett. He is also the author of the new book, “The War on History: The Conspiracy to Rewrite America’s Past.”