Why I’m Angry at C.S. Lewis

Too many of Lewis’s worst characters are escaping his books and becoming cardinals.

I have a bone to pick with C.S. Lewis. Yes, of course the man was a fine writer and his work has taught countless readers how to love God better. But as an author, he proved a little careless in completing his novels. Instead of sealing them up tight when he was finished with them so we could safely enjoy them without side-effects, Lewis apparently left the bolts unscrewed, and now the characters are escaping into the real world.

I am sure Lewis never intended this, but it is happening, and something must be done, if only to avoid poisoning interfaith relations. I’m not speaking of The Screwtape Letters; the devils we have had always with us. No, I’m talking about the third book in his space trilogy, That Hideous Strength.

the subterfuge by which the World, the organization and body of Death, has sidetracked and emasculated the teaching of Jesus, and turned into priestcraft and mysticism the plain demand of the Lord for righteousness and judgment here and now.

The Kingdom of God is to be realized here — in this world. And it will be. At the name of Jesus every knee shall bow. In that name I dissociate myself completely from all the organized religion that has yet been seen in the world.

It is the saints who are going to inherit the earth — here in England, perhaps in the next twelve months — the saints and no one else. Know you not that we shall judge angels? … The real resurrection is even now taking place. The real life everlasting. Here in this world. You will see it.

I was sobered to learn that Reverend Straik had eluded Lewis’s safeguards, slipped into the real world, and taken up residence in Honduras, under the nom de guerre “Cardinal Oscar Rodriguez Maradiaga.” In his prominent role as one of nine cardinals chosen to reform the Catholic church, Maradiaga has been increasingly outspoken about the need to reject that Church’s historical legacy and start again from scratch. As he said in a famous address in Dallas: “With the New Evangelization we restart (start anew) from the beginning: we once more become the Church as proclaimer, servant, and Samaritan.” 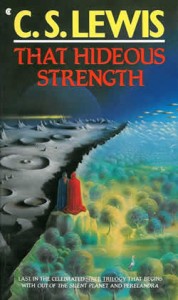 Because, you see, the Church has not been any of these things — not since apostolic times. Not until now. Really?

Citing as his authority Jean Ziegler — a longtime supporter of Fidel Castro’s Marxist-Leninist dictatorship in Cuba — Maradiaga decried the “world dictatorship of finance capital” and the “lords of financial capital” who “decide day to day who has the right to live on this planet and who is doomed to die.”

Rev. Straik emerged even more clearly when Cardinal Maradiaga virtually replicated his rhetoric from the novel:

The effects and consequences of the neoliberal dictatorships that rule democracies are not hard to uncover: they invade us with the industry of entertainment, they make us forget about human rights, they convince us that nothing can be done, that there is no possible alternative. To change the system, it would be necessary to destroy the power of the new feudal lords. Chimerical? Utopian?

The Church decidedly bets on living the globalization of mercy and solidarity.

It is hard to say at what point the real Cardinal Maradiaga was taken over by Reverend Straik; it had certainly occurred by the time in 2002 when he dismissed the clergy sex abuse crisis as the invention of Jews in the media, who resented the Catholic Church for defending the Palestinians. That was definitely Straik speaking.

The other Lewis character who has clearly found an influential place on earth is Wither, an unforgettable creation, perhaps Lewis’s most penetrating piece of satire. In That Hideous Strength, he is deputy director of the National Institute for Coordinated Experiments (N.I.C.E.). Through it he wields the power of life and death over hundreds, then thousands, of people — and expands that power indefinitely through the weapon of ambiguity. The point of the rule of law is to specify which actions are crimes, so that by definition all others are legal. This binds the ruler more than the ruled and leaves the vast range of human activities to the realm of freedom. 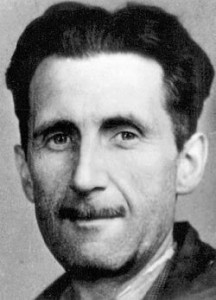 Bureaucratic vagueness, as employed by the likes of Wither, invades the realm of freedom like a thick and toxic fog, turning free citizens into harried, anxious subjects of rulers whose decisions cannot be limited, predicted or resisted. George Orwell spoke in words of thunder about the connection between clarity and freedom in his famous essay, “Politics and the English Language.” It is a linkage understood by feminist legal theorists, who denounce as “patriarchal” the tradition that argues that clearly delineated laws based on abstract rights and duties should govern the decisions of judges and government officials — instead of intuition, empathy and an “intimate” grasp of the particulars of each case on the part of the representatives of government.

Witness Wither’s exchange with his subordinate Stone, who has just reported on how he handled the arrival of an unexpected visitor:

“Well, Mr. Stone, I am, on the whole, and with certain inevitable reservations, moderately satisfied with your conduct of this affair. I believe that I may be able to present it in a favourable light to those of my colleagues whose good will you have, unfortunately, not been able to retain. If you can bring it to a successful conclusion you would very much strengthen your position. If not … it is inexpressibly painful to me that there should be these tensions and mutual recriminations among us. But you quite understand me, my dear boy. If only I could persuade — say Miss Hardcastle and Mr. Studdock to share my appreciation of your very real qualities, you would need to have no apprehensions about your career or — ah — your security.”

“My dear young friend, the golden rule is very simple. There are only two errors which would be fatal to one placed in the peculiar situation which certain parts of your previous conduct have unfortunately created for you. On the one hand, anything like a lack of initiative or enterprise would be disastrous. On the other, the slightest approach to unauthorised action — anything which suggested that you were assuming a liberty of decision which, in all the circumstances, is not really yours — could naught but have consequences from which even I could not protect you. But as long as you keep quite clear of these two extremes, there is no reason (speaking unofficially) why you should not be perfectly safe.”

Then, without waiting for Mr. Stone to reply, he hung up the receiver and rang his bell.

Wither comes to a bad end in the book, but his activities clearly did not end there. I was deeply alarmed to discover that Wither is now operating as “Cardinal Reinhard Marx,” the head of the German Catholic bishops’ conference. This impersonation was turned up by LifeSiteNews, which quoted the cardinal’s remarks in an interview and an address to students at Stanford University:

“I am astonished that most of our young people, and also Catholic homosexuals who are practicing, want a relationship that lasts forever,” Marx told America. “We must begin with the main points of the doctrine, to see the dream: the dream is to have a person say, a man and woman say, ‘You and you, forever. You and you, forever.’ And we as church say, ‘Yes, that’s absolutely OK. Your vision is right!’

“So we find the way. Then perhaps there is failure. They find the person, and it is not a great success. But life-long fidelity is right and good.”

He added, “The church says that a gay relationship is not on the same level as a relationship between a man and a woman. That is clear. But when they are faithful, when they are engaged for the poor, when they are working, it is not possible to say, ‘Everything you do, because you are a homosexual, is negative.’”

In his Stanford lecture, Cardinal Marx said, “I had a discussion with some of the students,” before the lecture, who asked him, “‘Cardinal is it true that the younger people are more traditional?’ And that’s true.”

“But that is not dangerous,” he said. “I have no problem with tradition. But we have also the tendencies that the people want to be clear in their positions. Black and white populism is growing in Europe. And that is the beginning, perhaps, of populism, of terrorism, that’s clear.”

“The atmosphere of reducing the complexity of the world, to give simple answers, to give black and white answers, is growing, and I think that is very dangerous,” the cardinal said.

Lewis’s other characters in That Hideous Strength did not submit passively to the gnostic gospel of revolution preached by Straik, nor the coercive ambiguity used by Wither. If you recall, it took the magnanimity of Ransom, the descent of the Heavenly Powers upon an awakened Merlin, and the rage of a bear named Mr. Bultitude to shatter the wicked plans of the NICE and the “macrobes” that lay behind it.

The hope today for faithful Catholics, and other Christians who value that Church’s historic witness, lies in faithful laymen and clerics such as those who have signed a brave, respectful “filial appeal” to Pope Francis, imploring him to cut through the ideological posturings and toxic fogs that have clouded the Catholic world. Signers include clerics such as Cardinal Raymond Burke and Archbishop Aldo di Cillo Pagotto,  journalists such as Robert Royal, royals such as Prince Dom Duarte (Duke of Braganza) and Kigeli V of Rwanda,  and leaders ranging from Sen. Rick Santorum to Austin Ruse of the Catholic Family and Human Rights Institute at the United Nations.

These believers, as motley a crew as Ransom’s Company at St. Anne’s, are pushing back against today’s Belbury, against the 21st century’s N.I.C.E. I am sure that in his repose, the great Christian C.S. Lewis is lending his prayers to theirs, in defense of divine revelation and of the truly human things.