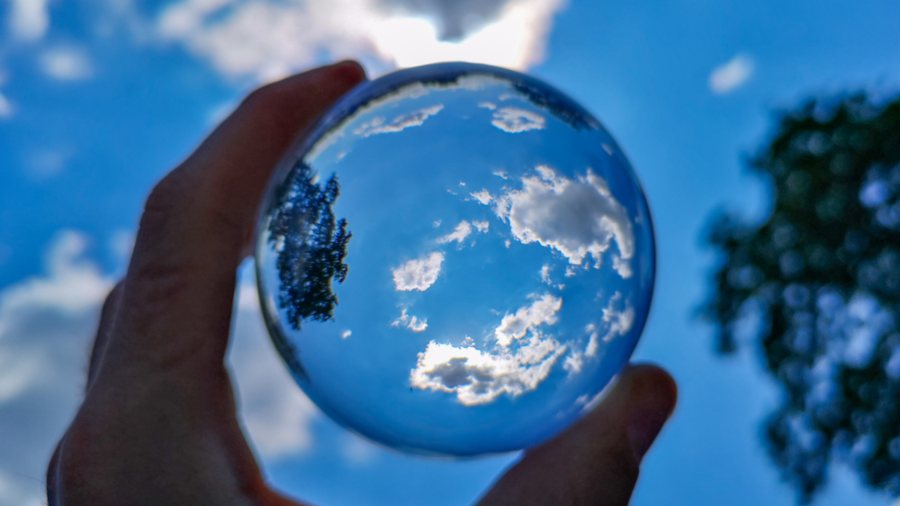 In a recent interview with Fox News’ Tucker Carlson, British historian Niall Ferguson made the point that politics in America has become a new religion. In other words people without religion are using their political opinions as their new belief system. Ferguson points out that when this happens totalitarianism inevitably follows. When political opinions become dogma it is not long before those who hold those infallible dogmas attempt to impose them on others.

We Want Something to Believe In

What is an ideology? An ideology is an idee fixe…good idea believed as the only idea…an idea that has become an obsession.

Everyone wants something to believe in. We need a belief system. We all want a cause to live for and we naturally seek an explanation for all that is — especially ourselves. The Christian faith provides that, but the Christian faith, like life, is messy. There are uncertainties and rough spots and sinners and not everything fits and matches all the time. The Christian religion is like a big family with crazy uncles, stupid adolescents, eccentric aunties, darling mothers, strong funny fathers and cool cousins.

Christianity provides an overarching belief system and way of life that is possible. This is what a true religion offers.

A Single Idea That Rules Everything

An ideology, on the other hand, offers an easy way out of the messy reality that is Christianity. It offers the comfort of a single idea that rules everything. This idea is a god that looks good, but it is a false god, and as we know, all false gods must be thrown down. False religion must be named and shamed, and not only named and shamed, but damned.

This big idea of an ideology then becomes a grid through which the person filters everything including Christianity. The ideology begins as an interesting aspect of Christianity, but eventually it comes to dominate and it twists the Christian faith into something different. In other words, the dominant idea becomes an idol.

This good idea becomes an ideology when everything else in both the religion and the world revolves around it.

This happens when the “good idea” becomes more important than the encounter with Christ, and the Christian religion is made to serve the “good idea.” The “good idea” that replaces Christ could be most anything. It could be some plan for peace and justice. It could be a new educational program, an exciting spirituality, devotion to a particular liturgy or a new evangelization gimmick. It could be dedication to a person, religious sect or institution. Whatever it is or whoever it is, you can be sure that it will appear to be shiny, wonderful, terrific and absolutely the super duper answer to all the problems in the Church and the world.

This good idea becomes an ideology when everything else in both the religion and the world revolves around it.

Let us propose a bizarre example: Let us say that someone has the idea that red headed people are better than everyone else. Before long they have a list of all the red heads down through history who have been brilliant and accomplished. They collect IQ scores of all the red heads to prove their point and when the statistics don’t quite match up they alter them or explain away the inconsistencies. Furthermore, they begin to collect evidence that blondes, brown and black haired people are inferior. They promote red headed political candidates and promote red hair dye for all people. They chronicle the persecution of red heads through history and suspect the brown hairs of plotting against them. They see statistics that red heads are dying out and conclude that there is a secret conspiracy against them…

You get the idea. They are red head ideologues.

They Have All The Answers

And the crazy, eye rolling, hair pulling frustration of it is that you cannot argue or have a discussion with these ideologues. They have all the answers. Of course they have all the answers. They have selected their evidence (and ignored the rest). They have worked out the logic, and once you have accepted their starting premise (that all red haired people are superior for example) then of course everything else fits, and if the evidence doesn’t fit they force it to fit or they ignore it or — if your bring it to their attention — they resort to a personal attack.

Furthermore, the ideology snowballs. It must grow or be seen to be growing. For the ideologue that is the mark of its truth. So the ideology soon attracts people of the same personality type or social class who all believe in this one cause, person or institution. Consequently a “group” will be formed. Some will be “in” and others will be “out.” Tests of orthodoxy will develop and this group will demand total dedication and that you give 100%. Of course you must give 100% and do so with a kind of uncritical obedience. After all, that is what religion is all about right? 100% commitment?

Soon those who do not belong to the ideology or dare to criticize the group must be targeted, bullied, vilified and excluded.

It will be considered a good thing among group members that this is so. They will congratulate one another on the brilliance of their exclusion and vilification of the ones who do not join the group.

This sort of false religion is all around us, and this is why non-believers simply consider Christianity to be no more than another man-made ideology. That is because too often we have done exactly that: we’ve twisted the Christian faith into our own ideology — or “idolology” if you like.

The Adventure of a Pilgrim People

But Christianity is not that. It is, instead, the most unique and brilliant religion the world has ever seen. It is first and foremost a mystical immersion into the living Lord Jesus Christ, God’s only begotten Son. Following that the Christian life is an unpredictable adventure in which we walk in grace by faith not by sight. This roller coaster of faith always takes us to the edge. Constantly curious and forever full of faith, we are always on the move — a pilgrim people.

The ideologue, on the other hand, turns this adventure into no more than the enforced implementation of a good idea. The worst thing about the worship of this idol is not only that it is insane, but that it is simply too dull for words.

Fr. Dwight Longenecker is the author of Immortal Combat-Confronting the Heart of Darkness. Visit his blog, browse his books and be in touch at dwightlongenecker.com