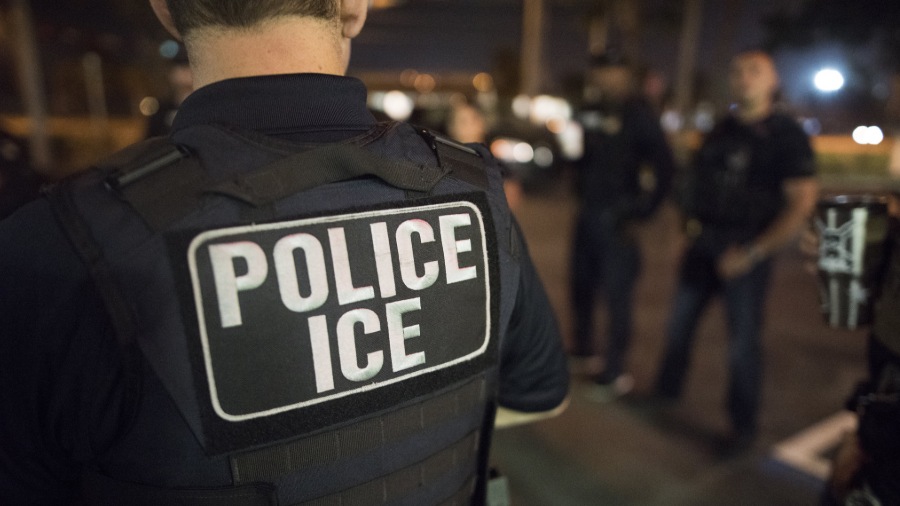 Immigration and Customs Enforcement (ICE) issued three subpoenas with the state of Connecticut on Thursday, demanding information on criminal illegal aliens whom local officials refused to hand over and instead released back into the community.

ICE subpoenaed the State of Connecticut Court Support Services Division for information on three foreign nationals — of all them convicted criminals living in the U.S. illegally — who were arrested, but subsequently released because of state laws that prohibit cooperation with the agency.

At first a novel action, subpoenas are becoming a more common action by ICE as it escalates its fight with “sanctuary” jurisdictions.

“These are the same criminals who’ve already been arrested for crimes by state and/or local law enforcement, often perpetrated against the very immigrant communities these officials claim to be protecting. Despite these short-sighted, reckless ‘sanctuary-for-criminal-aliens’ policies, ICE will continue to use all available legal tools to safeguard the public.”

While ICE did not disclose the identity of the individuals, the agency did describe their criminal background and how they benefited from Connecticut’s “sanctuary” policies.

A 31-year-old Honduran national living illegally in the U.S. was convicted of second-degree manslaughter following a hit-and-run incident in 2016 in the state. The individual was released in January 2020 by the State of Connecticut Department of Corrections, despite an ICE detainer lodged against him and a final order of removal by an immigration judge.

A 20-year-old Guatemalan national living in the country illegally was arrested in the state and convicted of third-degree burglary and second-degree robbery charges in October 2019. Despite ICE lodging a detainer against him, the Connecticut Department of Corrections released him in January 2020.

The final individual, a 21-year-old Dominican national living unlawfully in the U.S., was convicted of two counts of possession of narcotics with intent to sell. Like the aforementioned people, the individual was released by the State of Connecticut Department of Corrections despite an ICE detainer for him.

All three of these individuals remain at large, and the agency is actively working to locate and apprehend them. ICE said these illegal aliens pose a threat to the public, and directly accused Connecticut’s “deliberate policy of proving sanctuary to criminal illegal aliens” for the situation.

It remains to be seen if Connecticut will honor the subpoenas.

When contacted by the Daily Caller News Foundation, a spokeswoman for the state’s court support services, Rhonda Hebert, said ICE’s requests have been forwarded to their “Legal Services unit for review.”

When asked about the state’s position on cooperation with federal immigration authorities, Hebert pointed to the state’s Trust Act — a law that forbids officials from honoring an immigration detainer unless it comes with a judicial warrant.

The subpoenas mark an intensification of the fight between federal immigration authorities and the jurisdictions that are refusing to cooperate with them.

ICE subpoenaed Denver authorities in January for information on wanted illegal aliens, the first instance of the agency issuing subpoenas to a law enforcement entity. Since that time, ICE also slapped New York City, another notorious “sanctuary” city, with subpoenas.

The action is becoming a common practice for the agency in the wake of more jurisdictions refusing to honor their detainer requests.

Much like their position on detainers, ICE said these subpoenas are completely lawful actions.