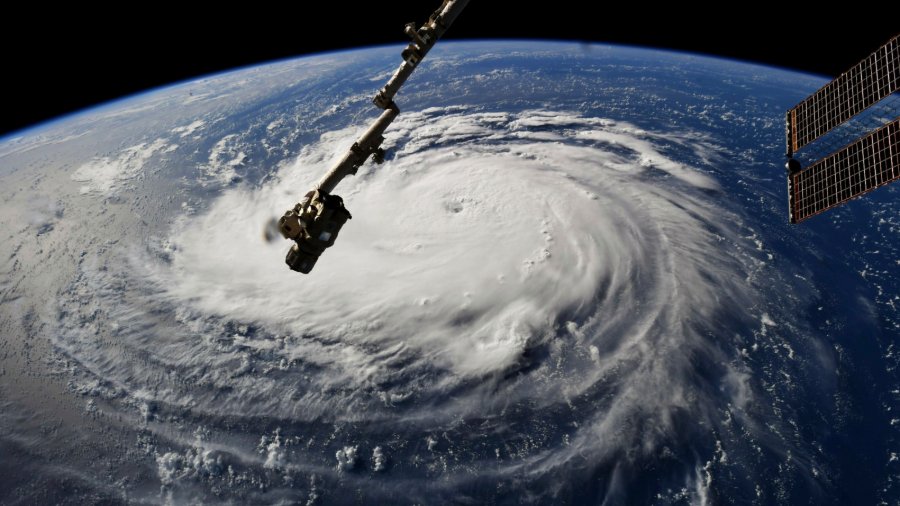 In today’s hyper-politicized world of climate science, hardly a thunderstorm passes without somebody invoking the “scientists say” trope to blame it on carbon emissions.

The logic seems to be: If it’s bad, it was caused by carbon emissions, and we are only going to see more and worse. More and worse floods, droughts, tornadoes, and of course, hurricanes.

The problem with this argument is that overall, we are not seeing more floods, droughts, tornadoes, or hurricanes in spite of the steady rise in the small amount of carbon dioxide, and in spite of the mild warming of the planet. The data show that there is no significant upward trend in any of these weather events.

These are not the conclusions of climate skeptics. They are conclusions drawn by the Intergovernmental Panel on Climate Change and our own National Oceanic and Atmospheric Administration.

This week, the Carolina coast and some yet-to-be-determined inland counties will endure the heavy and destructive rains of Hurricane Florence. Without a doubt, some places will see records broken.

As the hurricane arrives, talking heads will hit the airwaves claiming that “scientists say” it was caused by carbon emissions. Some may spin it more subtly, saying that while we cannot identify which storms are caused by increased levels of atmospheric carbon dioxide, the storms today are getting stronger and more frequent.

But this simply is not true. We are not seeing more frequent hurricanes, nor are we seeing a greater number of major hurricanes.

The Intergovernmental Panel on Climate Change said as much in its latest science report:

Current data sets indicate no significant observed trends in global tropical cyclone frequency over the past century and it remains uncertain whether any reported long-term increases in tropical cyclone frequency are robust, after accounting for past changes in observing capabilities. … No robust trends in annual numbers of tropical storms, hurricanes, and major hurricanes counts have been identified over the past 100 years in the North Atlantic basin.

Be on the alert for those who quote the Intergovernmental Panel on Climate Change as saying there has been an upward trend in hurricanes since the 1970s. That is a misleading claim. Hurricane landfalls actually fell for the decades before the 1970s.

Cherry-picking endpoints can produce “trends” that are either up or down. The fact is that for the past century, there is no trend.

Furthermore, there was never a time when the climate was stable (as some would claim), when weather events happened with smooth regularity. There have always been cycles — years and decades that included large numbers of hurricanes, and others with few.

Whether carbon dioxide levels rise, fall, or stay the same, we will continue to see hurricanes. Some of these hurricanes will be immensely destructive of both property and human life. Some will break records for wind and/or rain. And they will be tragic.

The fact that tragic weather events have not stopped is not evidence that carbon emissions are leading us to a climate catastrophe. Perhaps we will see a decades-long increase in one category or another, it has happened before — but that will not prove the predictions of catastrophic climate change one way or the other.

Even if all of the mild (though uneven) warming that seems to have occurred over the past century were due to man-made carbon emissions, that would still not be a reason to fear for the future. The overall story does not point to climate catastrophe.

But weather catastrophes will continue to strike, and we will still face the danger wrought by nature’s wrath. Hurricane Florence is shaping up to be exactly such a storm.