Hugs and Caterpillars Rescue a Trip From Disaster 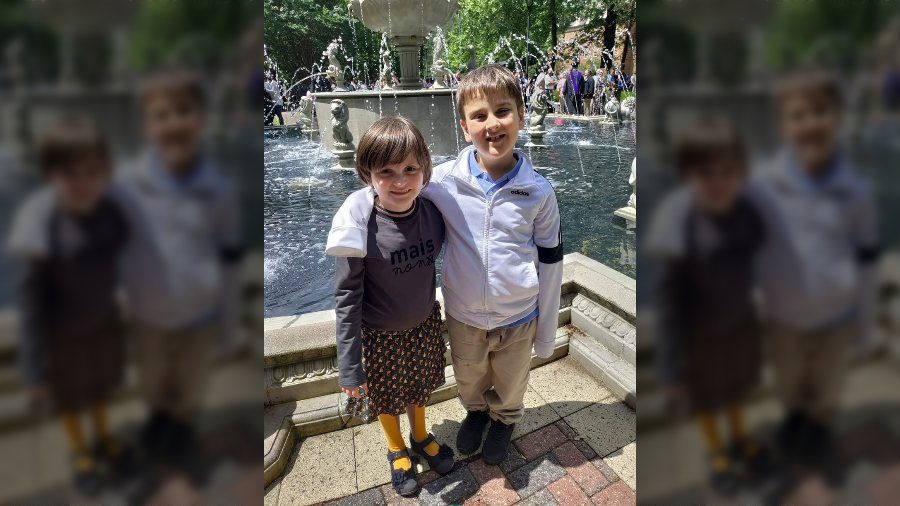 Cousins Aurora and Caleb hug at my graduation.

Not much went as expected last week.

Several months ago, I made the decision to walk at my graduation ceremony at Regent University. I’d been working hard toward my Ph.D. and finally finished it last June, too late to walk with the class of 2021. I’d have to walk with the class of 2022. So, when the time came, I purchased plane tickets and we packed our bags. My mother-in-law was coming with us, and my mom, dad, sister and niece would be meeting us in Virginia Beach, VA.

Right away problems cropped up. After I bought the tickets, the school informed students that two special ceremonies of commissioning and blessing would take place, not on Friday as they’d done before, but Thursday. I would miss them because we were flying in on Thursday, anticipating that the special ceremonies would be held Friday. They would be having a late dinner on Thursday, however, and I was determined to attend it.

It was stormy when we departed DFW airport. In fact, we had to sit on the tarmac waiting for a while because they wouldn’t let us take off due to the weather. When we finally took off, it was super bumpy. I held my husband’s arm so tightly that he said I was cutting the circulation off. My body shook. I was tense the whole way.

When we arrived at our stop in New York, we were told that the next flight was waiting for us. My husband, son, mother-in-law and I ran to the other side of LaGuardia airport. No plane. We were then told to go back to the terminal where we came in. But nothing. Between the flight delay and bad information, we were stressed out, to say the least. “Well, I’m going to miss the Regent dinner, too,” I told my husband.

After waiting an hour in line at the ticket counter, we secured seats on the next flight — which would depart five hours later. I spent my time walking around the airport with our 8-year-old son. “Don’t touch anything that’s for sale!” I said over and over. And over.

Flying in the Dark

Our flight to Virginia took off at 9 p.m. My son, who had never taken a night flight, was scared because he couldn’t see, and thought the pilots couldn’t see, either. “You’re fine,” I kept reassuring him. “It’s okay.” We made it to our hotel room by 11 p.m.

The next day was cold and wet. I couldn’t help but wonder what the following day — my graduation day — would be like. “Where will they put 3,000 graduates if it rains?” I rhetorically asked my mother-in-law.

Thankfully, the sun peeked out from behind clouds the morning of the ceremony.

No Soup for You!

Wrong. While in line, another student broke the news that we would not be walking across the stage because there were too many graduates. My name would not be called. Suddenly, everything we’d been through meant nothing. The scary plane rides, the running through an airport to catch a plane that wasn’t there, the stress of chasing my son around. All of it. It was all for nothing.

When the time came to walk, we went to our seats as instructed. After hearing from several speakers, we were called by our respective schools to stand. I and my colleagues stood when they called the School of Communication. The degree was conferred and we were told to sit down. It took all of about 10 seconds.

What a letdown! After all of the years of planning and dreaming and praying, I didn’t get to hear my name called or walk the stage.

Don’t Get Your Hopes Up

What was the lesson in this? What did God want me to learn?

I believe it was a lesson in the loss of expectations. Things don’t always go the way we think they will. We cannot plan for everything. Remember the man in Luke 12: 19-21? He planned to “eat, drink and be merry,” after he stored up grain. Jesus said, “But God said to him, ‘You fool! This very night your life will be demanded from you. Then who will get what you have prepared for yourself?’” 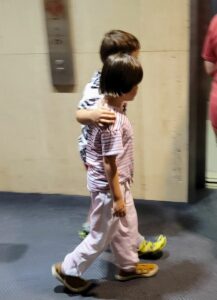 Perhaps the biggest lesson was learning to let go of my own expectations and hold on to that which is infinitely more important. Like family enjoying time together. Like my son hanging out with his cousin Aurora. They didn’t care that the weather was poor, or that I didn’t walk across the stage. In fact, during the long ceremony, they were playing with caterpillars that fell from the trees above. They know how to enjoy the little things in life. Like the importance of hugs. And bugs. 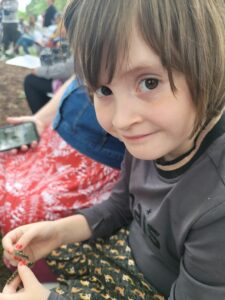 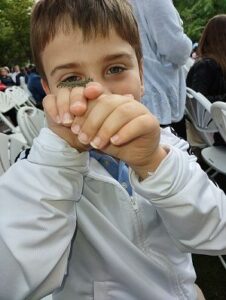 Somewhere on the flight back home, my mind made the connection between expectations and reality. I don’t know what my future holds. But I know that I can’t be so hyper-focused on what I’m doing here (aside from the work for His Kingdom) that I forget the bigger picture or fail to embrace the little things that bring me joy. Yes, I was disappointed that I couldn’t walk in the ceremony, and that I missed my other ceremonies and dinner. But I plan to keep holding on to the expectation of joy in the details — like hugs and caterpillars.

Fruitfulness Even in Adversity