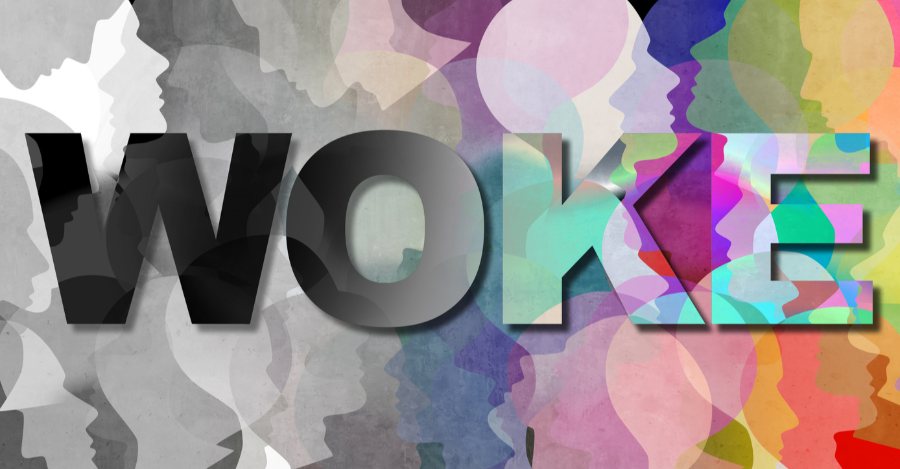 People around the globe are discussing the term “wokeness.” There is much talk of whether people are “woke” or not. For those who need clarification, to be “woke” is “to be alert to racial or social discrimination and injustice” (Oxford English Dictionary). In many ways it’s an awakening and a movement that seems to be penetrating many corners of our public life.

Defining precisely what “being woke” or “wokeness” means is complex. Lacking a founder figure, a manifesto, or a governing body, and varying greatly from country to country, wokeness is fluid and can mean different things to different people. Equally, there are shades of wokeness; some people are merely “woke-tinged” while others are so deeply woke that it penetrates every aspect of life.

So that said, here are a few observations about wokeness.

First, there are significant positive aspects of the woke movement. “Stay Woke” has been a watchword for African-Americans encouraging others to stay awake to the deceptions and dangers of this world. Being alert or awake to threat could make the difference between life or death in the struggle for racial justice. At the heart of wokeness lies a genuine concern about things that I’m deeply committed to as a follower of Jesus: namely, justice and dignity for all human beings. Jesus, the visible God on earth, ushered in his kingdom principles of justice for all people which were diametrically opposed to the unjust rulers of the day.

Jesus began his ministry with a direct commitment to justice. Jesus’ first speech was this:

‘The Spirit of the Lord is on me, because he has anointed me to proclaim good news to the poor. He has sent me to proclaim freedom for the prisoners and recovery of sight for the blind, to set the oppressed free, to proclaim the year of the Lord’s favor.’ (Luke 4:18-19)

There’s a lot of Christian “moral DNA” in wokeness. Christian leaders, such as William Wilberforce and Martin Luther King Jr, rooted their struggle against racism in the teachings of Jesus.

I support the heart of wokeness’ dedication to justice and also its speaking out against celebrating individuals in history who were racists. Racism is a grievous sin that contravenes the Judeo-Christian tenet of Imago Dei (all human beings are made in the image of God) and we all need to repent for times when we have got this wrong. We should honestly re-evaluate the past and, where appropriate, admit the wrongs of historic figures and repent of historic injustices.

Within the good of the movement I want to offer words of caution. Many thinkers who I know and respect feel that there are real deep-seated and threatening problems in wokeness: they may well be right but here I simply want to express my own concerns with it.

The Tone of Wokeness

First, I offer a word of caution on the current tone of wokeness. Particularly troubling is the way that wokeness deals with dissenters. People are defined as either “woke” or “not woke” in a way that extends far beyond a concern for racial justice and this shuts down dialogue and the possibility to grow in awareness around other justice issues.

Jesus did a lot of listening in his day, especially with people who disagreed with his teachings. Jesus asked questions to help people get to the root of their beliefs. He challenged people with truth but it was done in a posture of love and compassion with the hope that the person’s eyes and heart would be opened. The posture of the woke movement often leaves no room for discussion; either you are woke or you are not and the discussion ends there.

It is here that “cancel culture” — an effort to shame, silence and sideline an individual or institution because of beliefs or opinions deemed socially unacceptable — intersects with wokeness, which is a whole new form of vindictive exclusion.

The divisive tone of wokeness can actually work against the hope that all will be woke. I want all to be awakened to injustice and systemic racism in society. This often involves patience, dialogue and deep listening.

The Attitudes of Wokeness

A second word of caution concerns attitudes of wokeness. I find a troubling naivety within the movement with its apparent view that sexism only occurs with men, and racism only with white people. The sad reality is that all human beings have a tendency to be unjust toward others. As the Bible says plainly, “All have sinned and fall short of the glory of God” (Romans 3:23). This means that all human beings treat other human beings unfairly.

All of us love others inadequately in our personal lives and in our political and communal structures. Studies show that all human beings hold some form of conscious or unconscious bias. It is part of the fallen and broken world which goes against God’s original design of perfect love for all. We need to acknowledge that division and bias runs through every human heart. As I have often said, at the heart of the human problem is the problem of the human heart.

The Motives of Wokeness

My third area of caution is the motives of wokeness. At the heart of the woke movement seems to be a bitter mindset that delights in finding breaches of its moral code. The fuel for wokeness often seems to be anger: something seen not just in violent demonstrations but in the hunting out and pursuit of offenders. Journalists, executives, celebrities and even preachers increasingly find themselves carefully checking what they write or say, lest those committed to a woke ideology slander them on social media and then at their door. People are tagged as either “woke” or “unwoke” and are not seen as whole, complex human beings with moral and immoral biases. This kind of generalization about a person is the very posture “wokeness” decries.

The Actions of Wokeness

I offer a word of caution on the actions of wokeness. With some justification, wokeness has been criticized for mainly being words and not actions. Certainly, while there’s much to be said for evaluating the sins of the past with justice, there’s much more to be said for seeking to remedy the sins of the present with grace. Although in theory I applaud the demands for reparations over past historic injustices, I find them problematic in practice.

Let me give an example. I am a Greek Cypriot, and over history Cyprus has been looted, colonized and oppressed by Romans, Arabs, Turks and the British. So who do we Cypriots take to court? What is needed is for all to come together in unison to work for a more just society today. We need to repent of the past and then work for a more just society. Followers of Jesus should be on the front lines of speaking out against racism, disparity, and oppression.

The message of wokeness calls on all people and the whole of society to treat every human being with love, dignity and justice (which, paradoxically, is something they are not doing). This reconciling message lies at the very heart of God, exemplified in the person of Jesus. In this sense we all should be awakened and we also need to acknowledge that there are significant aspects missing in the woke movement. Jesus’ final prayer was that his followers would all be one … one human race, one human family, one church. This requires speaking the truth in love and an abundance of patience and grace.

Ultimately, then, I feel that wokeness needs to be greeted by wariness. Although there is much good found in it, I cannot help but sense that at its heart lies an aching void. The concept of “being woke” is an attempt to create moral boundaries but without God. It offers only a bleak and hopeless world in which a stern and constantly shifting morality subjects all to a judgment from which there can be no redemption or restoration. Far more preferable is the Christian message which, while it points out our deepest moral failings, offers us through Christ both pardon and a changed life. Ultimately, wokeness needs both real grace and true forgiveness, and only God can give us that.

It seems to me that for all its focus on the problem of injustice, wokeness offers no solution. But supposing there is a solution? Supposing there was a perfect being, a man perhaps, who, utterly undeserving of any judgment, willingly became the victim of injustice and was subject to mockery, torture, brutality and ultimately death so that, having taken injustice on himself, he might offer forgiveness to all who sought it? Is it possible that, at the deepest level, wokeness points us to the cross of Christ?

J. John has been an evangelist for 40 years. He has spoken at conferences, universities and in towns and cities across 69 countries on 6 continents. In 2017 he launched JustOne at the Arsenal Emirates Stadium in London, and JustOne events are being conducted throughout the UK. Evangelist, minister, speaker, broadcaster and writer, J. John communicates the Christian faith in a practical way. He has written several books across a range of subjects including the Theology For Little People series to help children understand biblical truth. J. John lives near London in England.