How to Adapt to the ‘New’ America: Learning to Soar Like an Albatross 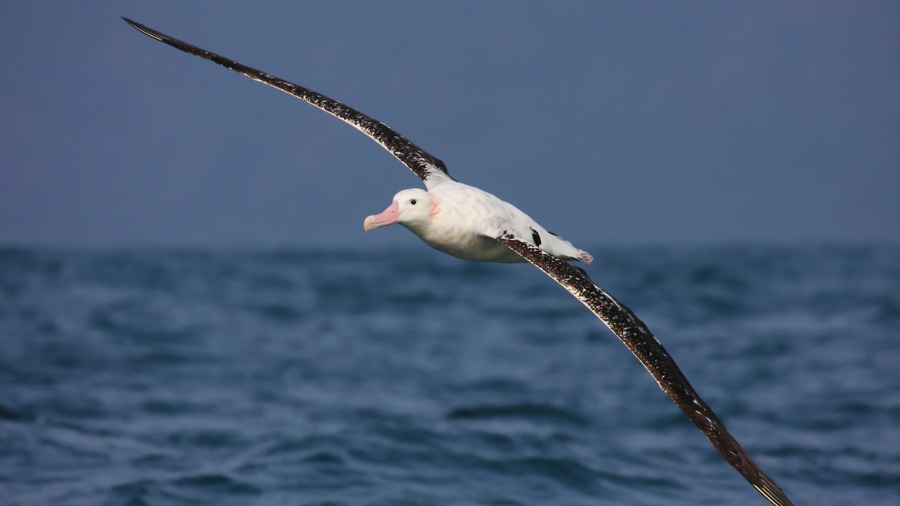 Our nation and our world have dramatically changed in the last two years. People who love freedom around the globe have seen liberties stripped away in an instant.

You may not want to think about it, but people of biblical values and conservative, patriotic people who love freedom are being marginalized, “cancelled,” persecuted, prosecuted, expelled, and fired. Prime Minister Justin Trudeau “turned Canada into Cuba” in a day when he suspended the Canadian Constitution and then froze bank accounts of all persons involved in a legal and peaceful protest; and then into China — as some say “China-da” — when elected Canadian officials began arresting pastors. For what? For having church services! What has happened there — and in other countries — is happening here, in the USA.

And it happened fast. If I would have told you on March 15, 2020 what your nation — and your world — would be like in June of 2022, you would not have believed me. But it has happened, fast. And it is still changing. Rapidly.

In the Midst of a Storm

The upcoming Future Conference on July 20-22 at the Crystal Gateway Marriott Hotel in Arlington, Virginia — across the Potomac River from Washington, DC — is designed to help you stay ahead of these changes.

We call it “soaring like an albatross.” Why an “albatross?” Many people have heard of the phrase “an albatross ‘round the neck.” What does that mean? It sounds awful. It was a phrase from The Rime of the Ancient Mariner by Samuel Taylor Coleridge, written in 1798. It referred to the punishment of a person. However, that pejorative phrase does not do justice to the spectacular bird in Australia called the albatross.

An albatross can live to be very old. In fact, the oldest bird in the world is a 70-year-old albatross. This unique bird mates for life. They can produce up to 40 offspring. But what is truly amazing about the albatross is that they can stay airborne, in the midst of a storm, if needed, for up to five to six years. You read that correctly. Five to six years!

Soar Above the Tsunami

It seems that that is a picture of followers of Jesus. We are in the midst of a storm. A violent one. We need to learn to soar above the tsunami of this present age, and figuratively stay airborne five to six years, if needed. That is why day two (Thursday, July 21) of the Future Conference is titled “Soaring Like an Albatross.”

I founded a ministry called “Well Versed” which “brings biblical principles of governance to government leaders…and to the people who elect them,” which has involved ministry to Members of Congress and Ambassadors at the United Nations in New York City. In addition, as doors opened, in small delegations, we have met with 10 heads of state, that is presidents and prime ministers. Prior to that I pastored for about four-and-a-half decades. I would sometimes say to my congregation, “I am preparing you for what is to come. I am not certain what that is yet, but I am preparing you for that.” Well, “that” is now here.

What is happening to and in our nation and our world? Totalitarian authoritarianism and rampant globalism are on the rise, at an astounding pace. What steps can you take now to keep that from happening? You might think, “Very little.” So, what can you do?

How do we create an “alternative universe” or a “parallel universe” in which you can not merely survive, but even thrive?

Here are some serious questions for you to ask yourself, and to be able to answer:

Are these topics unpleasant? Yes, of course they are. Would we like to avoid them? Yes, of course. But an “ostrich approach” rarely ends well. Wise is the person who asks these questions and then attempts to answer them. But you likely need help answering them.

At the Future Conference, we are asking these questions not to create fear, but to create confidence so that you can be prepared for whatever may come. We believe that the Holy Spirit still speaks, and we can still hear Him, and He can show us what to do.

To be candid, we sincerely hope you never need to use any of the information you will learn on this topic. You likely have health insurance, car insurance, and life insurance. Yet you hope you never use them. And having the insurance is still a prudent thing. You would rather have the insurance and not need it, than to not have it and wish you did.

Such it is with the Future Conference in July. Picture what you will learn there as “cancellation insurance” or “marginalization insurance.” Wise people know that it is better to have information that you do not need, than to lack information you desperately wish you had.

Succinctly stated, “the future belongs to those who prepare for it.”

Dr. Jim Garlow founded a ministry called Well Versed, with his wife Rosemary Schindler Garlow, to minister to elected officials in many countries. The Garlows live in San Diego, California and have eight children and 11 grandchildren. More on the Well Versed ministry can be found here.