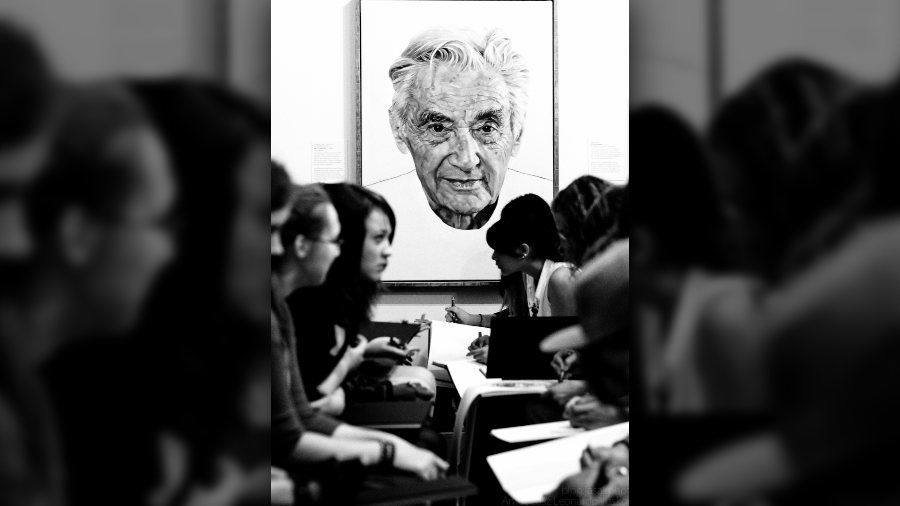 The war on history is about overturning America’s constitutional system.

So says Mary Grabar, a resident fellow at the Alexander Hamilton Institute and author of the book “Debunking Howard Zinn: Exposing the Fake History That Turned a Generation Against America.”

Zinn was a radical historian whose book, A People’s History of the United States, has been widely influential since its first publication in 1980.

Grabar spoke at a Heritage Foundation event in late August on “The Perils of Revisionist History” as a part of an ongoing series of presentations called “The Power of Trial and Triumph.” The event’s hosts were Angela Sailor, vice president of Heritage’s Feulner Institute, and Allen C. Guelzo, a visiting fellow at Heritage’s Simon Center for American Studies.

Grabar laid out how Zinn portrayed himself as a truth-teller who was debunking myths created about American history using newly uncovered sources.

“He claimed to be revealing new evidence, everything from Christopher Columbus’ diary to a Harper’s Magazine article about Japanese internment camps published at the end of World War II to the Pentagon Papers,” she said. “But what I discovered in going through Zinn’s book is, he did no such thing.”

Instead, according to Grabar, Zinn distorted his sources to fit his narrative, took subject matter out of context and frequently outright lifted his material from other authors.

“In terms of Columbus, he mostly copied from passages quoted in a book he plagiarized, a book for high school students written by a fellow Marxist and anti-Vietnam War organizer who was not a historian, but a novelist, by the name of Hans Koning,” Grabar said.

Columbus’ diary was quoted deceptively, she said. Zinn added ellipses to sentences while also clipping out entire sentences or pages to change their meaning, she said. This made Columbus seem ruthless and cruel, but the actual direct passages from Columbus tell a different story.

The missing passages, she said, show that Columbus tried to convert the Indians “through love, not force, and certainly was not intent on murder or genocide as is claimed.”

It wasn’t just the story of Columbus that Zinn distorted, Grabar said. He engaged in revisionism about the Vietnam War in much the same way.

“The top-secret documents about Indochina were also quoted deceptively,” she said. “For example, references to fears about communist imperialism were cut off at the ends of sentences by Zinn in order to make it appear that American leaders were motivated by imperialistic greed.”

Those were not just isolated distortions in Zinn’s book, she said, yet some have called his work a “moral authority” on history.

How does Zinn portray himself as a moral authority? “He does this by presenting himself as the revealer of truth, the champion of the oppressed who finally tells their story,” Grabar said. “The historians who came before him were the deceivers, he says.”

On why Zinn distorted history and his goal in creating false perceptions about America’s past, Grabar said:

For Zinn, communism is the solution. He acknowledges that Stalin was an authoritarian, but points to the day when the right people will implement communism. In fact, many times, local communist governments in Europe, Central America and Vietnam have attempted to do so, only to be quashed by the American military, according to Zinn.

In Zinn’s telling, America is an exceptional country only if one sees it as exceptionally bad. Even the country’s greatest triumphs over undisputed evil are questioned, such as the victory over Nazi Germany in World War II.

“In fact, we did not defeat fascism during World War II, but had its, quote, ‘essential elements: militarism, racism, imperialism absorbed into our already poisoned bones,’” Grabar said of Zinn’s narrative. “In other words, we were no better than the Nazis.”

What Zinn’s book does is craft a narrative to fit the ideological points he was trying to make to transform society, and it’s a narrative of oppressors versus oppressed and resistance to systematic exploitation, Grabar said, adding:

This is Howard Zinn’s narrative in ‘A People’s History of the United States.’ It is fraudulent history, one that uses bad sources, such as a book by a Holocaust denier, anonymous diaries, works of fiction and mythical speeches.

He plagiarizes and quotes deceptively. Inequality, oppression, police brutality, racism, sexism and injustice are presented as the inevitable outcomes of the system or the establishment.

In other words, they are baked into the founding and the Constitution.

Grabar noted that Zinn constantly was railing against the “system” in his book. The word system or “systemic” appears 168 times, she said. The struggle against the system is unending until that system is overthrown.

According to Zinn, she said, “there is no such thing as pure fact innocent of interpretation. Behind all facts are judgments — that this fact is important and that other facts are not important.”

Grabar said that Zinn pretended to choose facts about the oppressed that long were overlooked by other historians in his “bottom-up” retelling of the past, but that’s off base.

The problem is, she said, many of the oppressed people used as examples by Zinn are either “anonymous mouthpieces spouting communist slogans, dupes or famous Marxist radicals.”

Revolution — The Only Solution

What Zinn ultimately wants, she said, is an overturning of the system.

“In Zinn’s history, the only glimmer of hope comes from mass protest, and the more violent, the better. Martyrs are heroes. Riots define the civil rights movement,” Grabar said.

For Zinn, she said, voting and elections are not a solution to injustice. The “entire system is rotten and needs to be torn down.”

That narrative has become disturbingly relevant in 2020 as cities across the country have been hit with mass protests, violence and unrest.

“That is what is being done this summer in Portland, in Minneapolis, Kenosha and other cities across the country,” Grabar said. “Young people of all races, educational levels and economic classes are in the streets. They began with statues and monuments. They have moved on to businesses and government buildings. They are harassing people in public who refuse to join them.”

That’s the unsavory result of the teaching of Zinn and those who have followed him, Grabar said.

“For those who believe Zinn’s history, revolution is the only solution,” she said. “Zinn died in 2010, but the violence in the streets today would have made him very happy.”