How Much Does My Father Love Me?

James and Shawna Downs travel around the globe with their kids, taking supplies to missionaries with their shipping ministry. 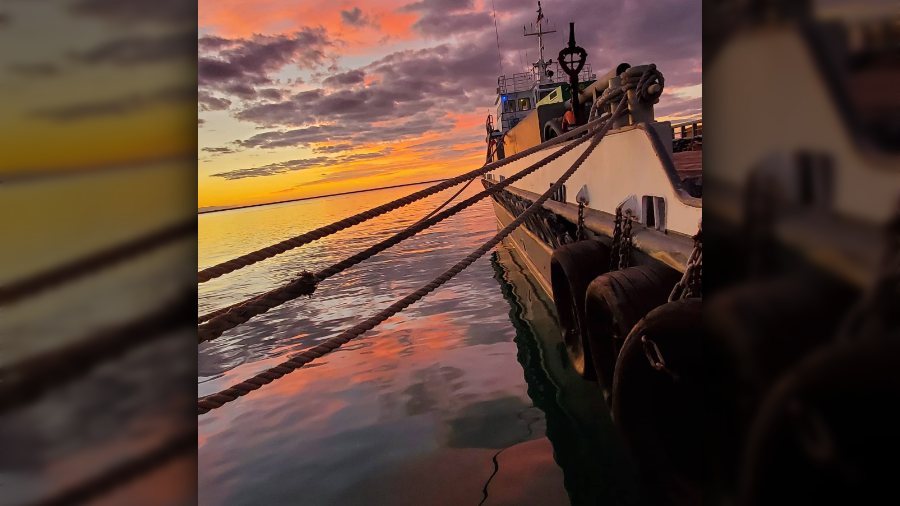 “We have the opportunity to love on people and it’s really just being Jesus’ hands and feet,” Shawna Downs told The Stream. “‘Cause it’s not about the stuff that we’re carrying, but [love] that opens the doors to build the relationships that we can share. You know, the hope that we have in the Lord and [to] love on people that are discouraged and exhausted and stressed and overwhelmed.” The Downs family, including three of their four children, is heading to the Bahamas this week to take more supplies to those affected by Hurricane Dorian.

Several years ago, the Downs family volunteered for 13 service projects within a two-week period. At the end of that time, James knew he couldn’t go back to a 9-to-5 job. “I don’t think that is what God has called us to or made us for,” he told Shawna. So they decided to pray about it and to be open to wherever God might lead. During that time, James lost one job and got a dream job that he took in south Florida. He still felt that it wasn’t where he was supposed to be.

One day, when he was reading in Revelation, it occurred to him that so many people were dying every day without ever knowing about the Lord. “Shawna,” he told his wife, “There are people dying every day that don’t know and we’ve got to tell them.” Then he told her, “I think we’re supposed to get a boat and take stuff to missionaries.”

They continued to pray about it and asked 20 men and women to pray along with them. they got their answer. James and Shawna started Good Samaritan Shipping Ministries in January, 2016.

How Much Does My Father Love Me?

They had no prior experience with running a boat or operating a ministry, but trusted the Lord to handle the details. “We’re not highly educated, we’re not super theologians,” said Shawna. “James is mechanical and he can run a boat and I can follow instructions most of the time!”

Their faith was put to the test before the first load was delivered. They bought a boat called “The Glory,” but didn’t think they had enough fuel and couldn’t afford to buy more. They began to pray for God’s providence. James decided to check each of the fuel tanks, even though the sellers had told them how much fuel was on the boat. “He found another 5,000 gallons of fuel that the company didn’t know was on there.”

James told Shawna, “How much does my Father love me, that He didn’t just set me to this impossible task that nobody thinks we’re actually going to be able to pull off, but He has provided over and over and over?”

God Opened All the Doors

So, they set off for Puerto Rico following the devastation from Hurricanes Maria and Irma. But when they arrived, U.S. Customs told them to go back outside of U.S. waters and wait. “We didn’t know what law we’d broken or what had happened. And so, we were just like, ‘Well, let’s pray about it.’ … And basically we said ‘in Jesus’ name,’ and they came back over the radio and told us we were cleared to enter.”

Shawna said she’d never forget that first trip. “I mean, it just seemed that God worked like that over and over again, because truly we are not business people and we had no idea what we were doing. But we were willing. God has just opened all the doors.”

It’s not like they didn’t have difficult times. “We left Louisiana with $1.96 left in our bank and we had no earthly idea what we were doing. And we took out across the ocean with our three children and God saw us through. And He sent us back over and over.”

Five years later, James and Shawna get many shipping requests. They try to handle as many as they can. They don’t just help missionaries, although that is their primary mission. But when people are suffering, James and Shawna try to help. “So, we have served not just non-profit organizations but individuals and business owners as well, just to try to get them back up and running.” And not everyone pays. “Those that can donate towards our costs do, and they help us cover those that can’t.”

Watching How God Takes Care of Them

One blessing of working their ministry has been to watch how God takes care of them. They once received an $8,000 bill for repairs that they couldn’t afford. A volunteer who checks their mail in the States called to check on the Downs family. “And so I told her and we prayed about it.” The next day, the volunteer checked the mail. “And there was a $25,000 check from a lady that we don’t know and we’ve never met.” Someone had forwarded their newsletter to the woman and she felt that God was asking her to send the gift. “And she had sent it before we had even incurred the repair bills. And so, we’ve just gotten the opportunity to see God provide for the need before we even know that the need is coming.”

The biggest blessing of all? “The biggest blessing has by far been for our family’s growth and the faith that God has built in us through this. … I know that He has blessed us tremendously in our walks, just through being willing to just say, ‘I have no idea what we’re doing, but I trust You.'” Shawna said she can’t imagine who she, James or their children would be without having taken that step of faith.

“God calls you to big things that you have no idea how to accomplish,” she explained. “And it’s okay, because He knows, and all He needs is … someone that’s willing to be obedient. … He can use you exactly as you are, where you are, with the skills you have for His purpose.”

The Blessing of Vietnam: What One Marine Says About Memorial Day and Those He Will Never Forget