As Christina Szalinski reported in The New York Times, “baby formula is one of the most tightly regulated food products in the U.S." 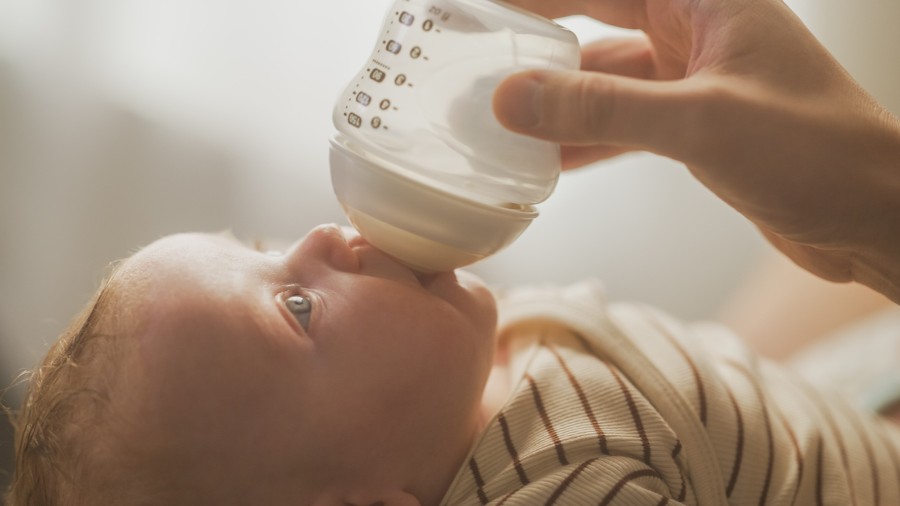 As many know, the U.S. is confronting a shortage in baby formula that has grown quite serious. What started as complaints on Twitter of “out of stock” messages on Amazon purchases has turned into a national panic.

CBS News reports that at retailers across the country, some 40 percent of the top-selling baby formula products were out of stock as of late April, according to an analysis from Datasembly.

“This is a shocking number that you don’t see for other categories,” Ben Reich, CEO of Datasembly, told the news network.

The story got enough traction to finally get the attention of the White House.

On Monday, Press Secretary Jen Psaki said the government is doing its best to address the shortage, noting that manufacturers say they’re producing at full capacity following a product recall by the Food and Drug Administration (FDA).

“Ensuring the availability is also a priority for the FDA and they’re working around the clock to address any possible shortage,” Psaki said.

Psaki is not wrong that the product recall has made the baby formula shortage worse.

As Eric Boehm pointed out at Reason, part of the shortage stems from a suspected bacterial outbreak at an Abbott plant in Michigan, which prompted the recall of three major brands of powdered formula. Matters were made worse when the plant was subsequently shut down for FDA inspection.

Still, one could be reasonably suspicious of the idea that a single contamination could upend the entire U.S. baby formula market. And for good reason.

A closer look at U.S. trade and regulatory policies reveals the government itself is primarily responsible for the baby formula shortage.

‘One of the Most Tightly Regulated Food Products’

Few may realize it, but baby formula is one of the most regulated food products in America. That’s not me saying it, but The New York Times.

As Christina Szalinski reported in March 2021, “baby formula is one of the most tightly regulated food products in the U.S., with the Food and Drug Administration (FDA) dictating the nutrients and vitamins, and setting strict rules about how formula is produced, packaged, and labeled.”

Despite these regulations — more likely, because of them — many American parents buy “unapproved” European formula even though, Szalinski notes, it’s technically against the law.

“There are large Facebook groups devoted to European formulas, where parents share spreadsheets and detailed notes on ingredients and how these formulas compare to their U.S. counterparts,” she notes. “Some caregivers report choosing them because European brands offer certain formula options (like those made from goat’s milk or milk from pasture-raised cows), which are rare or nonexistent in an FDA-regulated form in the U.S. Others seek out European brands because of the perception that the formulas are of higher quality and that European formula regulations are stricter.”

On this black(ish) market, it turns out Americans are willing to pay big bucks for European formula. Szalinski says that on one website selling EU baby formula, you’ll find German imports that run roughly $26 for a 400-gram box, which is about quadruple the price of the top U.S. baby formulas recommended by The Times.

At times, these nefarious black market imports have resulted in high profile busts, like in April 2021 when U.S. Customs and Border Protection agents in Philadelphia seized 588 cases of baby formula (value: $30,000) that violated the FDA’s “import safety regulations.”

Some may contend that the FDA is simply keeping Americans and their babies safe — which is no doubt what regulators want you to believe — but this overlooks an inconvenient fact: despite the FDA’s efforts, Americans are consuming vast amounts of black market baby formula, and the children are doing just fine.

We have high tariffs (technically tariff rate quotas but whatever) on infant formula, of course. https://t.co/M3XKKf9F7J

The government’s regulatory war on baby formula imports isn’t the only way it has contributed to the baby formula shortage, however. Tariffs have also played a role. As Cato scholar Scott Lincicome pointed out on Twitter, the U.S. government imposes a stiff levy on baby formula (technically a “tariff rate quota”) that amounts to 18 percent.

There’s general agreement among economists that tariffs create market distortions that harm domestic consumers over time, and there’s every reason to believe these taxes on imports have made it more difficult for Americans to access baby formula during this shortage (and hit their pocketbooks, too).

Who Gets to Choose

If the Biden administration is serious about addressing the baby formula shortage, they’d forget about “working around the clock” and simply abolish the protectionist policies and regulations that are making it more difficult to purchase formula.

Some may contend that this would result in more foreign imports of baby formula of “questionable” quality, but it’s a mistake to believe that bureaucrats in Washington, D.C., (or anywhere else for that matter) have the “proper” formula that meets some universal standard.

Indeed, as Szalinski points out in her Times article, though the EU and the U.S. both require a bunch of the same vitamins and minerals in baby formula, there are some striking differences as well, particularly in iron content and DHA (an omega-3 fatty acid).

Because the EU requires high levels of DHA, something that isn’t required at all in the U.S., nearly all American baby formulas fail to meet the EU standard.

“Currently, the only U.S. formula that would meet the EU’s requirements for DHA is the new infant formula Bobbie,” writes Szalinski. “As a self-described ‘European-style’ formula, Bobbie is marketed as an FDA-regulated alternative to European formulas.”

Bureaucrats in D.C. no doubt will tell you their formula is the correct and healthy one, while bureaucrats in the EU almost certainly would contend they have the right mixture of ingredients.

This invites an important question: who actually has the best baby formula for infants, the EU or the U.S.?

Many may think they know, but the economist Thomas Sowell reminds us this is the wrong question.

What Sowell was getting at is that consumers with skin in the game must ultimately decide what product or service is best for them, and government attempts to regulate that choice invariably make it more difficult for consumers to get the best product at the best price.

This is why the economist Ludwig von Mises noted that consumers — not politicians, CEOs, or bureaucrats — are the true captains of the economic ship in a free market.

“The real bosses, in the capitalist system of market economy, are the consumers,” Mises wrote in his book Bureaucracy. “They, by their buying and by their abstention from buying, decide who should own the capital and run the plants. They determine what should be produced and in what quantity and quality. Their attitudes result either in profit or in loss for the enterpriser.”

The baby formula shortage is the latest example that shows most people in Washington, D.C., need to crack open some Mises and stop trying to provide “solutions” to markets.

The Public is Being Primed to Feel Groovy About Psychedelic Drugs