How Can We Mark Palm Sunday When it Feels Like Holy Saturday?

The Lamb of God often appears to us more like a lion. 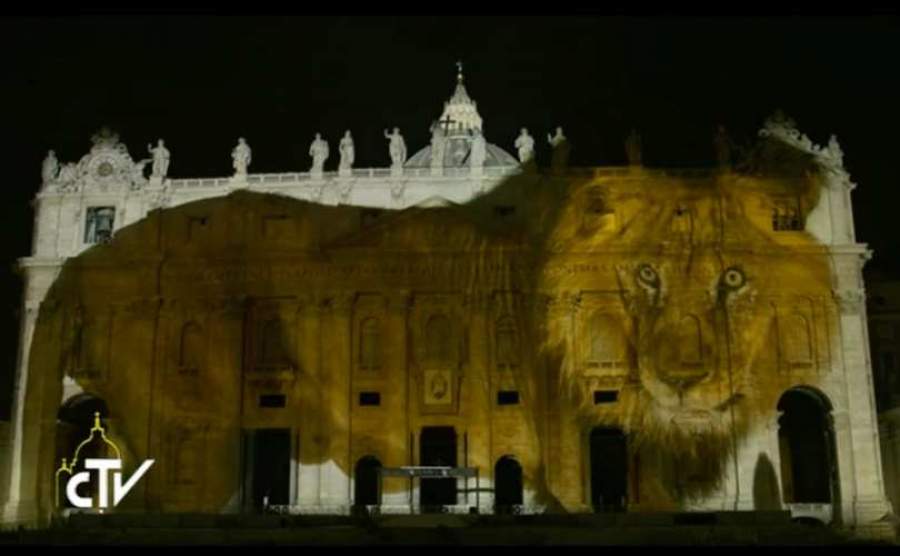 We’re still living through what feels to us like the longest Lent in history. The worst kinds of fasting and abstinence have been forced upon all of us, as the price of saving lives: We’re cut off from friends and family. We cannot visit our neighbors, unless we’re masked like surgeons.

The law has shuttered restaurants and bars, except for the forlorn take-out windows where desperate business-owners try to salvage their livelihoods. (I hope you’re supporting your favorite places this way, if you can. I’m ordering five nights a week and tipping 33%.) There might be a place where “everybody knows your name,” like TV’s Cheers, but you can’t go in there. You’ll have to subsist on emails, phone calls, Skype sessions, and Zoom sessions with colleagues.

Our churches are dark and silent, as they are on Holy Saturday morning, when Jesus lay like Lazarus in the grave, the apostles despairing and scattered. That was the blackest Sabbath in the history of the world. Even for John and Mary, whose consciences were clean. They’d stayed with Him to the end at the foot of the cross. But they surely must have wondered when and how Jesus’ promises would be fulfilled.

There will be no baptisms, no blessings, no eucharists, no intimate talks with a pastor, no kneeling to pray a few feet from familiar, friendly faces. Each of us prays in his cell (or tries and fails) like an unwilling monk or nun. We never signed up for this.

How should we mark Palm Sunday then? We can’t gather in crowds, like those who welcomed Jesus. Nobody’s handing out palms, and there’s no triumphant procession. Sure, we could livestream some liturgy on our smart phones, maybe wave the phones up and down instead of palms, singing along with a Youtube clip from Jesus Christ Superstar:

It’s not a bad scene or song, despite its late 60s vintage and hippie vibe. But as a replacement for apostolic liturgies and communal prayer, livestreaming Andrew Lloyd Webber on your Chinese-made iPhone to weather the Chinese virus seems a bit … absurd. Like so much of life in this moment. Outrageous restrictions on our civil liberties. Appalling breaches of decorum. Insidious schemes by the Left to hijack this crisis at the expense of the old America we love.

The Feast of the Absurd

It’s in pondering that that we can tap into the first Palm Sunday, though. Because at its very essence, it’s a feast of the absurd, of stolen hopes and disappointed dreams. Of God’s plan rending our own from top to bottom like some fragile, man-made veil cleaving Heaven from earth.

The crowds who welcomed Jesus had false expectations. But not unreasonable ones. They’d read the same Messianic prophecies as their rabbis. As we all do when reading the Bible, they’d unconsciously cherry-picked verses. They held tight those that promised liberation and victory, national freedom and greatness. And skimmed past those puzzling sections that warned of the “suffering servant.” They hoped that Jesus would drive out the blood-stained legions of the pagan Roman empire. Then restore the Kingdom of Israel as a light unto the gentiles, a blessing to the nations. Those aren’t bad things to hope for. And they came true, but in a manner so utterly transfigured, it shocked the Jews and tripped the Greeks.

The baffling spectacle of Jesus’ arrest and trial left them all feeling cheated, bitter, scared.

Can we really blame Jerusalem Area Man for not recognizing in Jesus the Suffering Servant? For not seeing immediately that the Israel He was restoring was the Church? For not seeing Jesus, well before St. Paul’s letters, as both the eternal high priest and perfect sacrifice? Let’s cut those folks some slack. Absent God pouring truth into their minds and changing their hearts, there was scant reason for them to think so. The baffling spectacle of Jesus’ arrest and trial left them all feeling cheated, bitter, scared.

Why We Vote for Barabbas

As you and I might feel now, at how our Lent 2020 turned out, despite our hopes. This family visit red-lined, that job endangered, those close relationships strained. It must seem petty, but I’m a little angry at God that the high points of my year were cancelled: The annual Bach Passion cantata performed by the Dallas Bach Society, and the festive Easter Mass at St. Thomas Aquinas. More than that, I’m haunted by fears of what will happen to friends and neighbors. To waiters and restaurant owners, musicians and stadium workers.

What will happen to voters in November, and to our beloved country thereafter? Will we pull together and protect the vulnerable, defend our fragile order, and keep our workers employed? Or will we lurch still further toward becoming an enormous Venezuela, armed with nuclear missiles?

Just like the crowds on Palm Sunday morning, we resent Caesar but fear him. Will our mild proconsul remain here, or get replaced by a blood-stained tyrant? Will we face feast or famine? Why won’t God spare us these painful surprises and transformations, and swap out His plan for ours? Thinking about that helps us understand how the cries of “Hosannah” quickly morphed into “Crucify him! Give us Barabbas.”

God’s ways are often as shocking to us as they were to the crowd in Jerusalem. There is no preparing for them, except by reflection on scripture and sacred history. However sure we think we are of how our lives will turn out, we’re engaged with a God who often seems more like a lion than a lamb. As C.S. Lewis wrote of Aslan, He is “good, but not tame.” Too often we religious folk imagine ourselves as lion-tamers. But we’re called to be like little children, and follow Him through our fears.