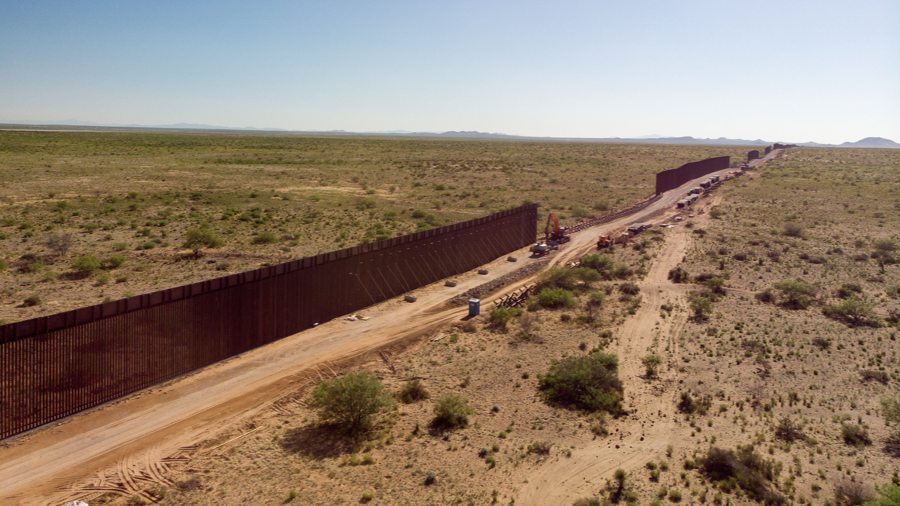 House Republicans will propose legislation Thursday to finish the border wall and hire more officers in response to President Joe Biden’s “destructive” immigration policies, according to a statement provided to the Daily Caller News Foundation.

Republican New York Rep. John Katko and other House Republican leadership announced the Border Security for America Act of 2021 which would require the federal government to renew border wall construction contracts, investments in technology and increase support for federal law enforcement officials, according to a statement provided to the DCNF.

“Under President Biden’s weak leadership this border crisis knows no limits as every American community bears the brunt of weak border security,” Katko said in a statement provided to the DCNF. “When the southwest border is lawless, it’s the fabric of all our communities that suffers. And that is unacceptable.”

“From finishing the border wall system to modernizing technology and bolstering border staffing, this legislation tackles key shortcomings and weaknesses we’ve seen for ourselves that are fueling the border crisis,” Katko added.

The Act would prohibit the Biden administration from canceling contracts for border wall constriction or diverting Congressionally allocated funding for border wall development, according to Katko. Additionally, technology including advanced surveillance sensors and drones would be used in high traffic areas to increase situational awareness and operational control.

The proposed act would also require the Border Patrol to maintain a minimum of 22,478 full-time agents and 1,200 processing coordinators, according to Katko. Separately, Customs and Border Protection (CBP) would need at least 27,725 full-time agents and support staff, while border officials, in general, would need to deploy at least 200 new K-9 units and increase officers focused on tunnel detection by at least 50 people.

Border officials encountered more than 1.1 million illegal migrants attempting to enter the U.S. at the southern border in the fiscal year 2021, including over 901,000 encounters since January, according to CBP.

The bill would require the Department of Homeland Security (DHS) to certify CBP collection of DNA from migrant adults in custody at border facilities, according to Katko.

“Operation Stonegarden” would be established under the act, allocating $110 million in grants for border security enhancements for four years, according to Katko. The act would also mandate DHS form an “Integrated Border Enforcement Team” to increase border security between the U.S. and Canada.