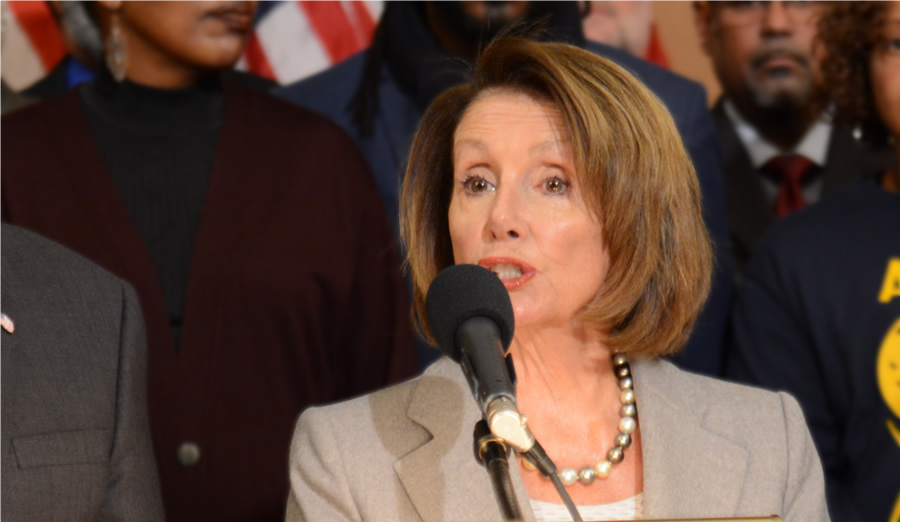 The Democrat-controlled House approved a resolution late Thursday aimed at reining in President Donald Trump’s future actions on Iran and condemning him for not notifying Congress before last week’s drone strike that killed an Iranian terrorist leader who was one of the country’s most senior officials.

The House adopted the resolution 224 to 194, with three Republicans joining in supporting it and eight Democrats opposed. Rep. Justin Amash of Michigan, a Republican-turned-independent, voted for the symbolic resolution.

“When I first heard from the administration, the secretary of defense and chairman of the Joint Chiefs, I said, ‘Why did you not consult Congress?’” Pelosi said. “They said, ‘Because we had to keep this close.’ You had to keep it close from the ‘Gang of Eight,’ the leadership of Congress?”

The “Gang of Eight” comprises the House speaker and House minority leader, Senate majority and minority leaders, and the chairmen and ranking members of the House and Senate Intelligence committees.

The House adopted the measure as a concurrent resolution, which means it’s nonbinding and will not be forwarded to the Senate or president — who would be unlikely to sign it anyway — and does not carry the force of law. Rather, it’s a statement by the House against the administration’s action.

The nonbinding resolution was sponsored by freshman Rep. Elissa Slotkin, D-Mich., who has a background with the CIA and the Defense Department.

Today, we're voting on a resolution I introduced to make it clear that if the President wants to take us to war, he must get authorization from Congress.

If our loved ones are going to fight in any protracted war, the President owes the American people a public conversation: pic.twitter.com/zBFzU6wHMd

Sen. Tim Kaine, D-Va., introduced companion legislation in the Senate. The Senate is controlled by Republicans, where it is unlikely to get a vote.

The War Powers Act is a 1973 law that obligates the president to provide notification to Congress about a military action within 48 hours and gives Congress limited ability to prohibit further action.

During the House floor debate, Trump retweeted former national security adviser John Bolton’s criticism of the War Powers Act, saying he agreed that the law was unconstitutional and should be repealed.

Fred Lucas is the White House correspondent for The Daily Signal and co-host of “The Right Side of History” podcast. Lucas is also the author of Tainted by Suspicion: The Secret Deals and Electoral Chaos of Disputed Presidential Elections.