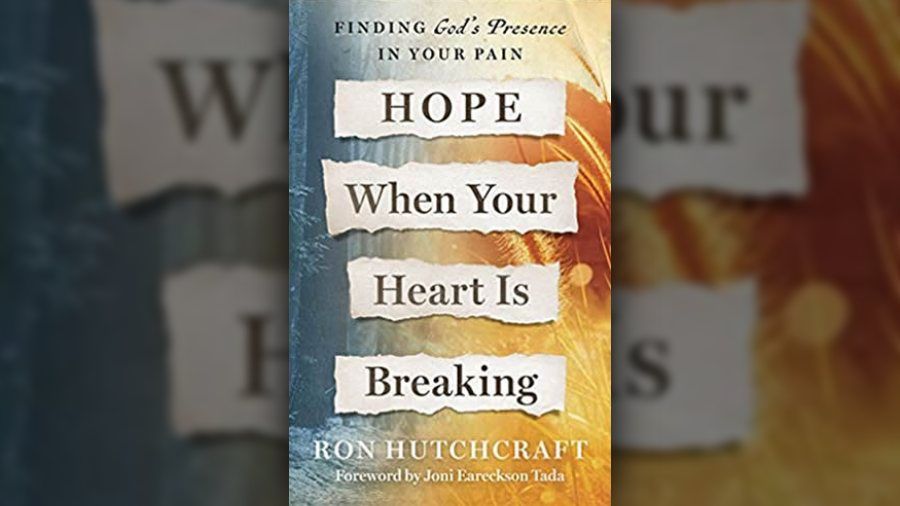 Ron and Karen Hutchcraft sat on the bleachers in a stadium watching their oldest grandchild’s high school graduation. Ron was going to leave just after the ceremony to speak at an event in another state. Friends were going to drive him through the night to get there.

“I love you honey,” Ron told his wife. They’d said goodbye many times. But this time Karen had tears in her eyes. “Honey, what’s going on?” Ron asked her. “I’m really going to miss you,” she responded. “Don’t worry, honey,” Ron replied. “It won’t be long.”

The next afternoon Ron got the telephone call from his son. “Mom’s gone.” Karen had died suddenly at their home. “There was no preparation for it whatsoever,” Ron, founder of Ron Hutchcraft Ministries and On Eagle’s Wings Native American youth outreach, told The Stream. “It was the best day of my wife’s life because she got to see Jesus and she got to see Heaven. It was the worst day of mine.”

Don’t Let Me Waste This Grief

Within a few days, Ron began journaling about his grief. At the top of one of the pages in big, bold letters he wrote, “I will not waste this grief.”

“I have no idea where that thought came from,” Ron said. “I wasn’t that coherent enough to think that, but God must have literally led me [in] my crying out to Him to say that. And then to pray, ‘God, if it’s going to hurt this bad, please don’t let me waste this grief. Don’t let me waste this deeper hurt. And somehow use it to make me more useful to you and more helpful and hopeful for other people.'”

Then he started a blog called “My Shattered Heart, My Certain Hope.”

The journaling and blogging eventually led to writing a book, released this month, called HOPE When Your Heart is Breaking: Finding God’s Presence in Your Pain.

Ron discusses loss of many types, not simply the death of a spouse. Although it took quite some time between writing and publishing, he believes the timing of the release — during the coronavirus pandemic — was providential. “So, there is a sea of loss right now, and a grieving. Everybody seems to be grieving something. Even if it’s just a loss of certainty and the ability to plan or anything.”

Crying Out to Jesus

After he lost Karen, Ron cried out to Jesus. “This is not ‘Dear God [prayers]. Please bless me and help me with my problems.’ This is not the little perfunctory, ‘Dear God’ prayers. This is ‘Oh Lord!’ That’s the difference. … And sometimes [it’s a] prayer that can’t even find words.”

A broken heart is an open heart. “You have no defenses. There’s nothing there to guard you. Every door in your heart is open. I was crying out to Jesus,” said Ron. It’s in those times that Jesus can do amazing things. “You just say, ‘Jesus, do what You do. … Do it in the depths of my heart.’ And in comes a level of comfort and perspective and security and peace and a sense of almost moment by moment leadership.” Ron adds that “it was an expensive, a very expensive, wonderful experience with the Lord that cost me … everything.”

In his book, Ron describes what he calls “defiant hope.” It’s the kind of hope that “is a fist in the face of surrender.” It’s a fight against the choices that would be the easiest ones to make — those that create more loss, grief, pain, hurt and despair.

When people have a loss and grieve, they will never be the same. “The fact is, when there’s a major life loss, you will not be the same after it. You can’t be the same. You’re going to be different. The question is, what kind of different will you be?”

However, it isn’t the loss itself that will determine and shape the rest of one’s life. “It will be the choices you make after the loss.” People can choose to make choices that lead to more hope and healing or choices that lead to more hurt and despair. But if they choose the former, they will be a source of hope for others. “God can recycle your hurt into somebody else’s hope.”

The Darkness of Grief

Ron’s friend’s wife passed away suddenly a few weeks after Ron’s wife. Ron was still suffering, but reached out to his friend to comfort him and pray with him. “And reaching out to him helped me because instead of just turning totally inward, I was turning outward.” Those in grief should not deny it. “Don’t — especially Christians — don’t feel obligated … to be strong and pretend it’s okay. It isn’t okay.”

At the same time, people shouldn’t let it define them. “Don’t deny it, but you don’t have to be defined by it.”

Those who are suffering shouldn’t be afraid to face the darkness of grief. “Are the stars out now? Well, they don’t turn them off during the daytime to save electricity. They’re out, but we can’t see them because they show up most against the dark sky. And the hope of Jesus shows up most if you’re honest about the dark.” People should invite Jesus into that darkness of grief because He brings light with Him.

Ron wants people to take away hope from his book. He’s already heard positive comments about how the book has helped people during times of loss. “So, praise God, He is multiplying the hope and that prayer that I prayed in the depths of my brokenness: ‘Lord, somehow use this to make me more useful to you and more helpful and hopeful for other people.’ Look what He’s doing with a simple cry from my heart.”