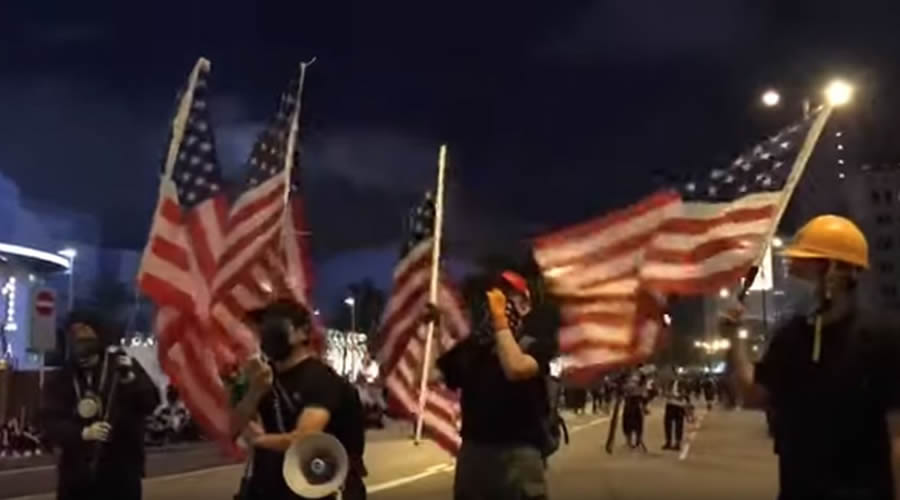 Protesters in Hong Kong recently sang America’s national anthem while holding the American flag and demonstrating in the street.

Hong Kong’s government introduced a bill a couple of months ago that would allow citizens to be extradited to mainland China to face charges of wrongdoing, even though Hong Kong is supposed to be separate from China’s influence, reported Fox News. For over two months, tensions heightened over the bill, prompting protests. The most recent protest caused the cancellation of flights out of the Hong Kong International Airport.

In a moving pro-democracy demonstration, several protesters alluded to America’s freedoms when they held American flags and sang the Star-Spangled Banner. According to RedState, the video of the demonstration contrasts with the behaviors of American protesters. “Protesters in America burn the American flag in a sign of protest and athletes kneel during our National Anthem. However, in Hong Kong, where freedoms and independence truly are under threat of being stripped from the people, they’re waving our flags and singing our songs.”