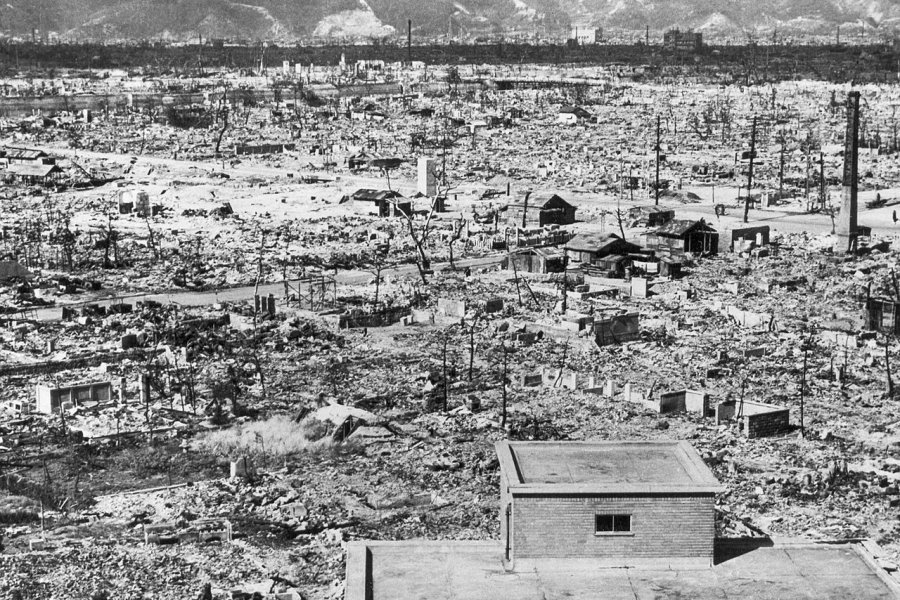 It’s the language we use for diseases. Polio, we say, has been eradicated from the earth. A couple years ago, many pro-lifers jumped on the moral carelessness of a CBS story which declared giddily that Down syndrome had been “basically eradicated from Iceland” — as if someone in Iceland had invented a vaccine.

CBS technically spoke the truth. They just left out the way it was done. Unborn people diagnosed with Down syndrome were being killed in order to eradicate it.

The week before that, many had joined in the annual conversation about the morality of bombing Hiroshima and Nagasaki. We’re observing the 75th anniversary of the two bombings, which eventually killed an estimated 300,000 people, almost all of them civilians.

The necessary arguments were rehearsed, as they are every year. One side argued that killing civilians intentionally is always wrong. The other argued that the United States had to kill civilians to save even more lives.

Almost everyone says “There are no easy answers” when they address questions like the bombing of Hiroshima. Many say it when talking about abortion. We say this when the costs of acting rightly are horrific, and especially when other people will bear the costs. You think about the 18-year-old boy who will die invading Japan. You think about the 13-year-old girl carrying a rapist’s baby.

Sane people look for an out. Anyone who holds to absolute moral principles — which is pretty much everyone — feels the draw of what the philosophers call consequentialism. The idea that the results of an action determine whether it is right or wrong. In these cases — the 18-year-old boy, the 13-year-old girl —You want to believe, just this once, that the end justifies the means. Saying “There are no easy answers” seems to give us the excuse we need.

That’s an easy answer, as an answer. It follows inescapably from the premise we hold as an absolute. We often have easy answers. What we don’t always have are comfortable answers.

I think that’s a very important but neglected point. There are no answers we should give blithely, academically, without feeling the horrible suffering and pain the answer entails. No one should speak, as some do, as if having a child were always easy. We should not think we’ve said all we need to say when we state the principle.

We’re asking other people to suffer, to work, to give up much of what they want and deserve. J. D. Orion, a father of two children with Down syndrome, writes in First Things: “Icelanders are right: Disabled people often do suffer. The French are right: The disabled are often a burden.”

Sometimes, he continues, “that burden feels overwhelming. Parenting disabled children is not a saccharine or sentimental experience. Neither is welcoming them into a community. The intellectually disabled are often demanding and dependent. They can be exhausting.”

Pro-choicers like to say that people who defend unborn life don’t care about the baby after he’s born. That’s silly, and a slander. But I’m not sure we always make our concern known when we speak. Speaking for a moral principle in general, even St. Francis might sound callous. The person who flutters his hands and says “There are no easy answers” sounds much more caring.

As the Old Joke Goes

We have some easy answers, but not, as I say, comfortable ones. We can too easily utter moral judgments that translate, as the old joke goes, “Let’s you and him fight.” We can only safely offer the easy answers when we have no other choice. When someone we care about needs to hear us, for example, or when a public necessity requires us to speak out. But that may happen much less often than we think.

More importantly, we should only speak when we suffer the costs of living by our absolutes in every way we can. We shouldn’t say to the soldier who may die invading Japan because the country doesn’t drop the bomb on civilians, “You just have to die,” if we’re not ourselves already dying to self. In a costly way, the way I described a few days ago.

We shouldn’t say to the girl carrying the rapist’s baby that she must carry that child till birth if we don’t carry our own burdens, including assuming the burdens of others we can carry for them. And assuming those burdens till it hurts. The Apostle James says something very cutting about our need to do so.

I confess I’m very far from that. Some people do it. The blogger Steel Magnificat remembers a man she knew when she picketed abortion facilities. “A very quiet, gentle-spirited Protestant gentleman, [he] refused to pick up a sign, but only walked around and around the clinic in deep meditation carrying his Bible, sometimes reading it softly, never confronting anyone.”

One day, “When an absolutely bonkers guy showed up screaming and threatening, he turned to us and quietly said that he would not fight back if he attacked, but he was going to stand in front of us with his back turned and take all the blows himself to protect us.” That’s an example of a man who could speak, because he lived what he would say, though he chose not to.

The easy answers are rarely comfortable answers. We have to speak them anyway. But we can make ourselves people who have some small right to speak if we also bear the costs.

This first appeared as “Easy But Uncomfortable” on the website of the Human Life Review. It’s been slightly revised.