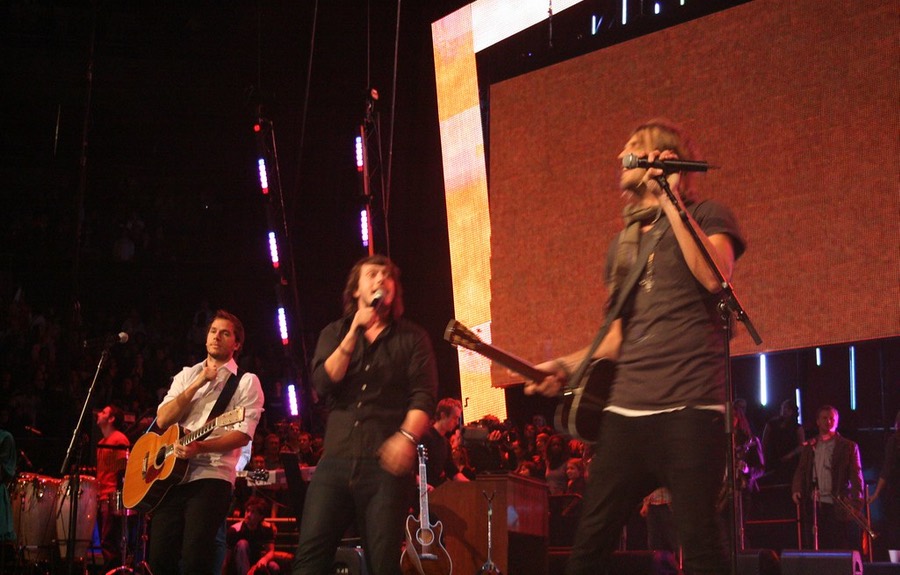 Sometimes I get kicked in the gut. It happened today, while I was finishing off an article on Hillsong’s Marty Sampson. I had that sickening realization that I was writing the wrong article.

I had questions for Sampson in it — good ones, even. He’d said “no one” was talking about a whole list of problems that have him seriously questioning his faith. No one? Why not take responsibility for his own questions about the truth of the Gospel? He could have started the conversation easily. If he had, he’d have discovered he wasn’t starting it at all; he’d have been joining in on one that’s been going for millennia!

But then I realized that the story can’t be confined to one man’s failure.

The story can’t be confined to one man’s failure.

Hillsong is a church, right? And wasn’t Sampson a worship leader, right at the center, at their main campus in Sydney?

He was a minister there, in other words; a spiritual leader. So how was it that other leaders didn’t know how poorly equipped he was for it? Or how much he was struggling? How did they not take responsibility to make sure their worship leader was fully qualified to lead spiritually?

My question isn’t just for Hillsong. It’s for every church that puts people in spiritual leadership without knowing whether they’re spiritually equipped for it.

There are some faults a pastor can hide. I know that all too well: My kids’ former youth pastor is in federal prison for sexual sin. He hid it very well, until suddenly it wasn’t hidden at all.

So yes, there are some things a leader can hide — but knowing virtually nothing at all about the truth of the word of God? I don’t mean just easy, Hillsong lyric-level truth, but Truth on a level that equips us to live truthful lives in a world that challenges that truth. Knowledge that doesn’t throw itself over a cliff when it hears spurious charges of “contradictions” in the Bible. Knowledge that can handle the common charges people raise against the faith.

I could be wrong — I don’t know the church or its circumstances — but I can’t see how a man could hide that weakness.

Or rather, I can see it being easy to hide, as long as other leaders never ask him. Never say, “How are you doing? How’s your spiritual life?” Never ask, “Hey, what’ve you been learning in God’s Word lately? Got any interesting questions on your mind?” Or never even ask him how well prepared he is, right when he starts out.

Failures Matter. So How are Your Leaders Doing?

When a church gives a man a platform like the one Hillsong gave Marty Sampson, that church owes it to him and to the church’s entire audience to be sure he’s in full spiritual shape for it. Great, grievous damage has come from their failure to do so.

But Hillsong’s failure here only stands out because of its global reach. It could just as easily have been your local church or mine. And if so, it would hurt us and people we love even worse.

When a church gives a man a platform like Hillsong gave Marty Sampson, that church owes it to him and to the church’s entire audience to be sure he’s in full spiritual shape for it. But their failure only stands out because of its global reach.

So this should be a lesson for every church. Each one needs to question itself:

These are tough questions. Paid staff in particular have barriers to opening up with others in the church, or the church hierarchy. There’s always the fear of “What will happen to my job?” That’s true even in denominations with hierarchies and staff in place to help.

Nevertheless, every church ought to be examining its leaders’ readiness to lead. Even something as basic as checking their scriptural knowledge would help. And yes, it’s relevant. That’s exactly the message of maturity taught in Hebrews 5:11-6:3. But not just there. It’s everywhere in the New Testament, where the know/study/teach/learn theme appears more than once per chapter on average, more often than any other except for trust/belief/faith.

Obviously churches can’t take responsibility for every pastoral doubt, question or failure. I’m not out of touch with reality on that.

But from here, at least, it looks like Hillsong Church lost touch of a certain crucial reality they could and should have known. Top leaders can completely lose their faith. Samson can lose his hair.

How much better it might have been if they’d just pulled Sampson aside for a season to work with him, to try to restore him. Or, failing that, to be the first to say, “We tried but we couldn’t help him resolve this. Therefore with sadness we must say he no longer represents us”?

I don’t know what they can do about it now. I urge them to make a stronger statement than they have so far. Go to Sampson’s page on their site today, and all you’ll see is “Oops!” written in large letters. “Oops,” indeed. That would be a fine start to a statement owning responsibility for the church’s part in it. Except it continues, “We’re having trouble finding that page.” Rather disappointing, as statements go.

But that’s unfair of me. I’ll gladly give Hillsong’s leaders time. I’m sure they’re reeling. I know it must be painful. They must take care, for their actual statement, when they make it, will affect many people who know and love Sampson, not to mention so many who have loved his music.

I just hope they’re examining themselves, and not shifting responsibility. And I really pray that churches everywhere will see Hillsong’s loss and its apparent failure as a lesson for themselves. Let’s do what we can to help our leaders stand strong — and to keep our churches strong in the process.