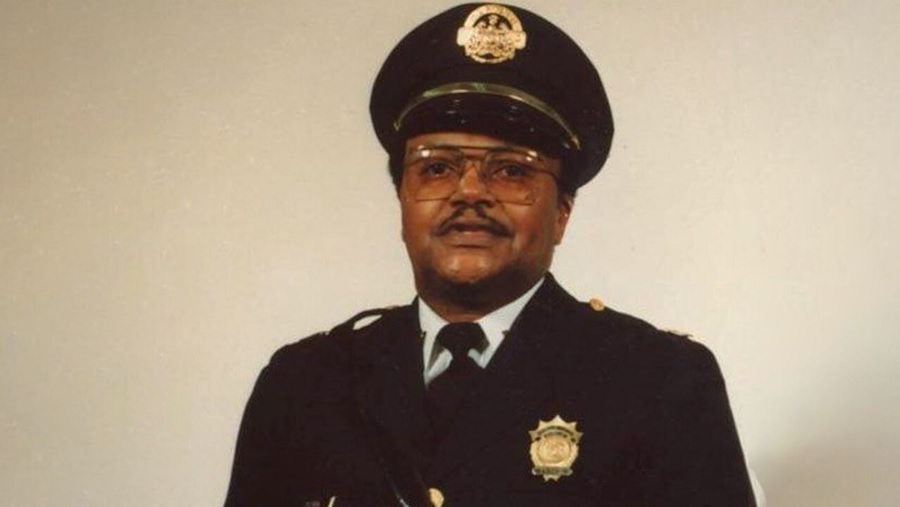 Retired St. Louis Police Department Captain David Dorn, a black man, was killed early Tuesday morning outside of a local pawn shop he was reportedly defending from suspected looters, more than 40 years after his time at the police academy, and 13 years after his retirement from the police department.

Dorn, 77, died at 2:30 a.m. in the middle of a street after being shot in the torso by suspected rioters, according to the police incident report. The retired captain was said to be defending Lee’s Pawn and Jewelry — a business that belonged to an old friend of his, KMOV4 reported.

“The fact that he was protecting and serving, this is the way, I feel in my heart of hearts, that he would have liked to leave this earth,” Dorn’s son, Brian Powell, told KMOV4.

“It was senseless, it was senseless. Over TVs and stuff that’s replaceable,” Powell said. “They’re forgetting the real message of the protest and the positiveness that’s supposed to come out of it. And we get this negative light shown on a situation that really needs light to be brought to it.”

Protests against police brutality have turned violent in St. Louis and other cities across the country since the May 25 death of George Floyd, who died in police custody after a police officer knelt on his neck for more than 8 minutes, a video of the incident showed. The officer, Derek Chauvin, faces charges of second-degree murder.

Dorn began his career in civil service when he graduated from the police academy in May of 1970, and he retired from the force in 2007 after being assigned to patrol support. Dorn’s wife, Ann, a sergeant in the St. Louis Police Department, also spent the better part of her career in law enforcement, according to a USA Today report.

Former St. Louis County police Chief Tim Fitch, a 30-year friend of the deceased captain, told CBS News that Dorn “was very dedicated to youth, especially disadvantaged youth” and that he “wanted to be a role model” for young people seeking to enter the police force.

Police said looters burgled Lee’s shortly after the shooting, leaving the elderly, 37-year law enforcement veteran to die on 4123 Dr. Martin Luther King Drive in a pool of his own blood. The incident was recorded on Facebook Live, according to the St. Louis Post-Dispatch.

Lee’s was one of 70 businesses ransacked by looters Monday night and Tuesday morning, and along with Dorn, four other active St. Louis officers were struck by gunfire, USA Today reports. Riots have sparked across the country, following the death of George Floyd, an unarmed black man, that died after a Minneapolis police officer employed unconventional restraint tactics.

Dorn’s untimely death has attracted the attention of President Trump, who tweeted that he has the “highest respect” for the family of the fallen officer.

Our highest respect to the family of David Dorn, a Great Police Captain from St. Louis, who was viciously shot and killed by despicable looters last night. We honor our police officers, perhaps more than ever before. Thank you! pic.twitter.com/0ouUpoJEQ4

Police do not currently have any suspects in Dorn’s slaying, but have urged the public to contact Crime Stoppers. A $10,000 reward is offered for anyone with information leading to an arrest, St. Louis authorities told the DCNF.

The St. Louis Police public information department urged the public not to donate to any GoFundMe fundraisers in Dorn’s name, as none of them support Dorn’s family.

Lee’s Pawn and Jewelry declined to comment on Dorn’s death.