Helping People Connect With God in an Increasingly Godless Society 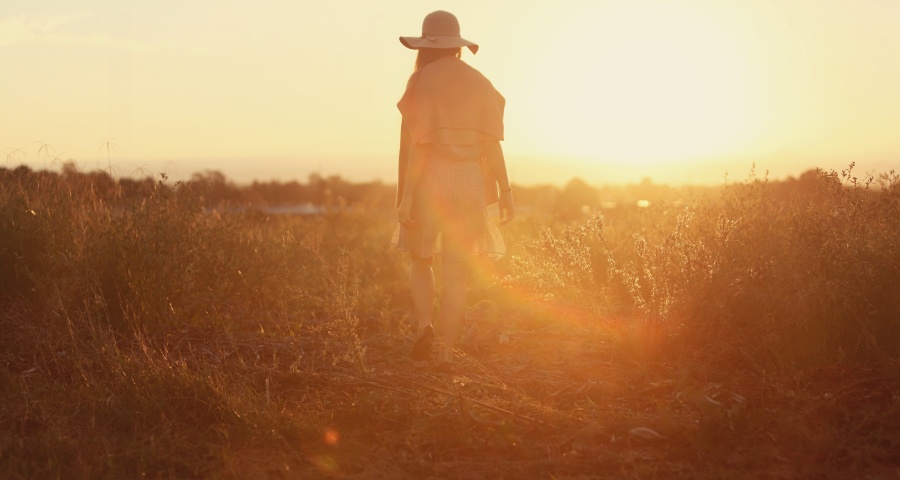 Editor’s Note: Clarke Dixon is a pastor in Canada, which is the nation he references in this article. But his observations ring true in America and other nations as well.

How can we help people connect with God in an increasingly godless society? Fewer Canadians are calling themselves Christians. Fewer are committed to attending church. Fewer people turn to churches in times of spiritual seeking. People now look for wedding officiants instead of pastors. People now desire a celebration of life rather than a Christian funeral. There is no doubt that Canadians have been turning away from Christianity. With this being the trajectory, are we able to help Canadians connect with God?

In Biblical times, Babylon was more godless than Canada. King Nebuchadnezzar makes Prime Minister Trudeau, President Trump, and President Putin all look like angels. Yet in Daniel chapter 4, we see something remarkable: “Now I, Nebuchadnezzar, praise and exalt and glorify the King of heaven, because everything he does is right and all his ways are just. And those who walk in pride he is able to humble.” (Daniel 4:37, NIV)

Nebuchadnezzar, a far-from-godly king over a truly godless empire, made a God connection! God’s people were very much in the minority, so we cannot give credit to prayer in schools or Bible based laws. Church attendance was at an all time low! There is therefore hope for Canadians. If Nebuchadnezzar can make a God connection, anyone can. There are three lessons for Canadian Christians in Daniel chapter 4.

Upon hearing this, Daniel (also known as Belteshazzar) was overcome for a time, frightened by the meaning of the dream. Then the king said to him, “Belteshazzar, don’t be alarmed by the dream and what it means.”

Belteshazzar replied, “I wish the events foreshadowed in this dream would happen to your enemies, my lord, and not to you!” — Daniel 4:19 (NLT)

Daniel’s heart broke for Nebuchadnezzar. There is no doubt about Daniel’s heart for God. However, Daniel also had a heart for Nebuchadnezzar. Daniel was moved by what he knew would happen to the king. Keep in mind that this is not a good and godly king. This is not a friendly empire. This king had thrown Daniel’s friends into the fire. This king had threatened to destroy all the wise men, including Daniel, when they were unable to discern his dream. This empire had invaded Daniel’s homeland and taken people, including Daniel, as captives. Yet, it gripped Daniel’s heart that Nebuchadnezzar was about to experience misfortune. Daniel was loving the enemy long before Jesus taught us to do so.

Second, Note That Nebuchadnezzar’s Connection With God Was a Journey

Nebuchadnezzar had glorified Daniel’s God before, in chapter two. That did not stop him from throwing Daniel’s friends into a furnace in a fit of rage in chapter three. Chapter four ends with a stronger connection between the king and God than ever before. Yet there is likely more distance to go in Nebuchadnezzar’s understanding of the divine and his relationship with God. The path to, and with, God can be a long journey.

A relationship with God is always a journey. In previous Kanye West albums I have heard some Christian thoughts. In his latest album, called Jesus is King, there are nothing but Christian thoughts. Kanye is on a journey! Yet Kanye calls into question the ability of established Christians to walk that journey with him:

Helping people connect with God is a great privilege, at any point along the journey. Daniel never gave up on Nebuchadnezzar. Daniel never wrote the king off, but served him with heart. Do we give up on people? Have we given up on Canada? Do we engage with people, serving others as Christ served us? Or do we isolate ourselves? Worse, perhaps we might prefer to isolate them. Are we faithful in our journey with people, as they are on a journey in their relationship with God? Relationships will be the evidence.

There was an essential ingredient that Nebuchadnezzar needed for a better connection with God. He needed humility. In Daniel chapter 4, God, not Daniel, takes Nebuchadnezzar on a journey of self-awareness and God-awareness:

29 Twelve months later, as the king was walking on the roof of the royal palace of Babylon, 30 he said, “Is not this the great Babylon I have built as the royal residence, by my mighty power and for the glory of my majesty?”

31 Even as the words were on his lips, a voice came from heaven, “This is what is decreed for you, King Nebuchadnezzar: Your royal authority has been taken from you. 32 You will be driven away from people and will live with the wild animals; you will eat grass like the ox. Seven times will pass by for you until you acknowledge that the Most High is sovereign over all kingdoms on earth and gives them to anyone he wishes.”

33 Immediately what had been said about Nebuchadnezzar was fulfilled. … 34 At the end of that time, I, Nebuchadnezzar, raised my eyes toward heaven, and my sanity was restored. Then I praised the Most High; I honored and glorified him who lives forever. … 37 Now I, Nebuchadnezzar, praise and exalt and glorify the King of heaven, because everything he does is right and all his ways are just. And those who walk in pride he is able to humble. — Daniel 4:29-34, 37 (NIV)

Nebuchadnezzar is taken on a journey from thinking he is the best, with no need for God, to an awareness that he is, and has, nothing without God. Nebuchadnezzar does not make a vital connection with God until he is humbled. He needed some heart work, and God brought about that heart work.

Are we committed to faithfully sharing the Good News of God’s love in Chris? Are we faithful in engaging people’s minds?

People will not connect with God without some heart work. Merely sharing information won’t establish a God connection. Hearing the truth is often not enough. Daniel could say it, and he did. But Nebuchadnezzar did not learn it until he experienced it. The king had all the information he needed. Daniel put it in his head. However, the king did not have the humility to accept it until God prepared his heart. Still, it was important that Daniel say it. Are we committed to faithfully sharing the Good News of God’s love in Christ, even when we are being ignored? Are we faithful in engaging people’s minds, while we look to God to open hearts? Prayer will be the evidence.

Fewer and fewer people seem to be making a connection with God in our not-so-Christian-anymore society. We might despair. But there is hope. If Nebuchadnezzar can make a vital God-connection, anyone can. Daniel was involved in that connection. We can be involved also. Are we faithful in our love for people — really and truly loving our neighbor, even our enemies, as Jesus calls us to? Are we faithful in our journey with people — every step of the way, even the smallest steps, even steps sideways or back? Are we faithful in engaging people’s minds, while we look to God to open their hearts?

A Compelling Life: How Christian Ethics Point to the Reality of God