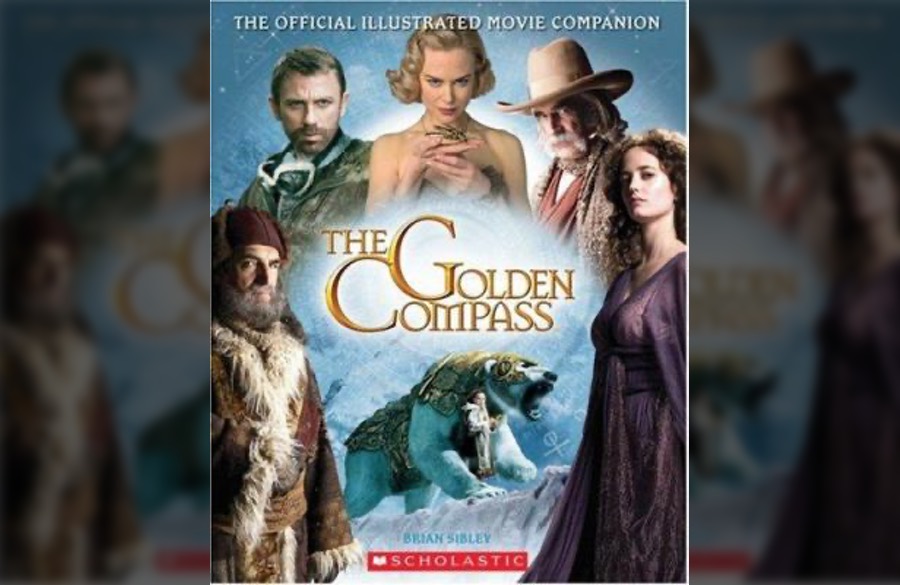 There’s nothing subtle about it. Phillip Pullman was “trying to undermine the basis of Christian belief” when he wrote his trilogy His Dark Materials, which the BBC and HBO are now showing as a multipart TV series. He said exactly that in a 2001 interview with The Washington Post. He also spoke of “killing God.”

I’m not watching the current series. I’ve read the trilogy; that was more than enough. It may not be for kids this time, but I’d be surprised if it is any better for adults now than it was for kids twelve years ago.

This isn’t the first time Pullman’s work has been brought to the screen. New Line Cinema produced a version of the first book, The Golden Compass, in 2007. On October 30 of that year, I broke the news that school curriculum giant Scholastic was promoting the movie in books and schools, complete with an “amazing student sweepstakes.”

Not content to listen to rumors about the trilogy, I read it. Pullman had indeed written it for school-age kids; maybe he hates them, too, for it was the most boring fiction I’ve ever suffered through. It confirmed what I’d heard, though: the books are profoundly — even violently — anti-God, anti-Church, anti-Christianity.

The rest of what follows here is a reposting of one of the series of articles I wrote at the time.

Some of the links you’ll see here are from an old and hard-to-update blogging software package I once used. Unfortunately they contain some broken links, and the comments have disappeared because the commenting system I was using then has since folded.

Phillip Pullman has famously said his trilogy, His Dark Materials, is “about killing God.” In a previous post I showed how he is not just writing about an alternate world, completely unrelated to ours, but about our world and our God. That conclusion is further supported in the quotation to be presented below.

Now, everyone knows that if there is really a God he cannot be killed, so what is Pullman up to? It becomes clear early in the second book in the trilogy, The Subtle Knife.

Church and “The Authority Himself”

Near the end of the second chapter a witch named Serafina Pekkala,* one of the supposedly good characters in Pullman’s world, is speaking with Thorold. Thorold is servant to Lord Asriel, a powerful figure whose place in the story is partly revealed in what follows here.

“The witch people have different gods from ours, en’t that right?”

“But you know about our God? The God of the Church, the one they call the Authority?”

“Well, Lord Asriel has never found hisself at ease with the doctrines of the church, so to speak. I’ve seen a spasm of disgust cross his face when they talk of the sacraments, and atonement, and redemption, and suchlike. …”

“… I think he’s aiming a rebellion against the highest power of all. He’s gone a-searching for the dwelling place of the Authority Himself, and he’s a going to destroy Him.”

Horrific View of the Church

What kind of rebellion is Pullman talking about here? A few pages later we read this about the Church:

“There are churches there, believe me, that cut their children too, as the people of Bolvangar did— not in the same way, but just as horribly. They cut …[phrase deleted for the sake of sensitivity to readers — it’s extremely upsetting] … yes, both boys and girls; they cut them with knives so that they shan’t feel. That is what the Church does, and every church is the same: control, destroy, obliterate every good feeling.”

Scholastic considers this suitable “Language Arts” material for 8-year olds. (If you’re sure you want to know what was omitted from that quote, you may click here. I caution, though, you it’s bad. I would not subject you to it without warning.)

One commenter told me earlier in this series that I had rushed to judgment against these books, drawing my conclusions based on SparkNotes and not on the actual books. I’m reading them now so that I can report more fully. And I am fully appalled.

Here is what Pullman is doing: he doesn’t regard God as the One, the Creator and Sustainer of the universe; if he did, he could never entertain killing God as a plot device. God is Authority instead. Now, the Bible does not speak of God that way. “Authority” is impersonal. Certainly God is revealed to us as King, Lord, and Master. But these words convey relationship, relationship that is fleshed out by the rest of God’s revealed nature and his action as loving Redeemer.

Pullman wants to kill off authority. He sees Authority, through the church, as controlling and cutting off every good feeling, pleasure—and most specifically (in the part I deleted) sexuality. He wants authority thrown off, cast down, destroyed, so he can do just what he wants.

But God is Good!

How tragically wrong this is! The Bible says to “taste and see that the Lord is good!” “At your right hand are pleasures forevermore!” The Bible is a book of joy! I can attest to 32 years of the good taste of following Jesus Christ. As to sexuality, God does prescribe limits on it—for our good! Pullman is cutting himself off from the highest pleasures, pleasures of the whole person, soul, spirit, and not just body; pleasures now and forever; pleasures so tremendous that the highly respected scholar John Piper says the Gospel should be regarded as a message of Christian hedonism—and all glory to God in it!

So I conclude three things here:

That was clear enough already, but it really is beyond dispute now, isn’t it?