Young people are leaving Christianity at record rates. Steingard's story may gives us clues as to why. 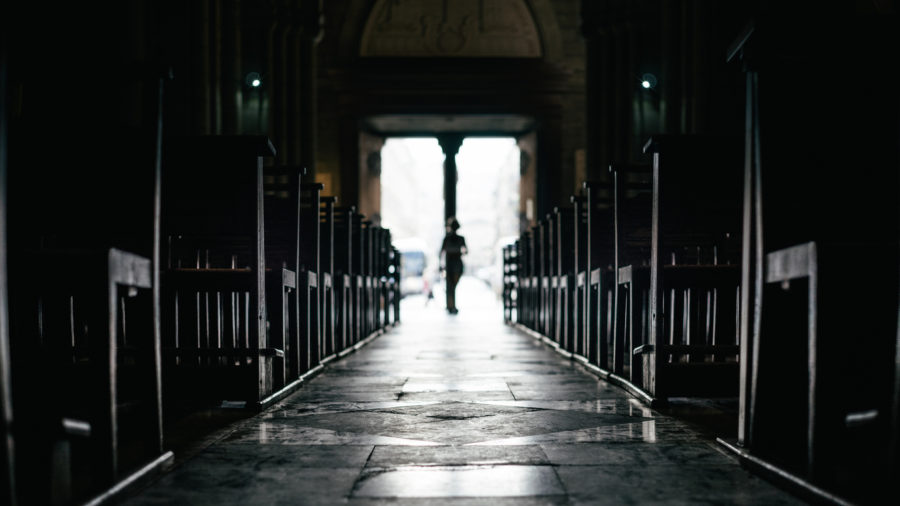 Those who listened to Christian music in the early-mid 2000s may have been shocked to learn last week that Jon Steingard, the leader singer of Hawk Nelson, no longer believes in God.

In a lengthy Instagram post, Steingard shares his story. It’s one of church culture, shaky belief, and gnawing doubt. We’ll never know the full story of his upbringing. But we can use his words to examine our own churches, our own ministries, our own understanding of God’s Word.

How many other children raised in church grow up with the same questions? How can we make sure we’re answering them?

Why Do You Believe?

According to Steingard, a preacher’s kid, “Church wasn’t something we went to once a week — it was more like something we came home to as often as possible.” And “when you grow up in a community that holds a shared belief, and that shared belief is so incredibly central to everything, you simply adopt it.”

Simply adopting the beliefs of your community doesn’t sound like a very strong faith foundation. But it’s common. How many children raised in Christian homes “ask Jesus into their heart” because it’s the thing to do? As someone whose childhood church was also more of a home than a weekly activity, I know it’s a lot.

At some point, though, a reckoning comes. A point when the belief of your parents isn’t good enough, and you have to decide whether or not to make it yours.

In Christian circles, we have to prepare children for that reckoning. That includes encouraging them to ask questions — even hard ones. It includes talking about doubts openly and honestly.

A Trend of Intellectual Skepticism

What were Steingard’s hard questions? According to his post, the big ones were the problem of evil and the apparent contradictions in the Bible. In this, he’s part of a larger trend. A 2018 Barna report found that for Gen Z, the problem of evil is a collective “deal breaker.” Though Steingard’s a Millennial, the two generations share many of the same core concerns, research shows.

As Sean McDowell and J. Warner Wallace note in their book, So The Next Generation Will Know, “the age of doubt and cynicism appear to be dropping.” In other words, youth are expressing “intellectual skepticism” at younger ages. “That’s why it’s so important for us to start early — even before your kids are verbalizing their questions,” McDowell and Wallace write.

In a tweet responding to the initial publication of this article, Steingard said that his parents “have never wavered in their love for me and openness to these discussions.” That is to their credit. Even so, he confesses in his original Instagram post that he developed “the reflex to push [doubts] down, and soldier on.”

Another feature of Steingard’s testimony is his discomfort with the gimmicky side of church subculture. “Praying in public always felt like some kind of weird performance art,” he confesses. “Emotional cries such as ‘Holy Spirit come fill this place’ always felt clunky and awkward leaving my lips.”

Steingard’s discomfort isn’t unique. In Blessed are the Misfits, Brant Hansen encourages Christians who are uncomfortable praying in public (or struggle to pray at all), not great at evangelizing, and generally lack the “feelings” emphasized in many churches. “Our feelings have nothing to do with whether God loves us or is still involved in our lives,” he writes. It’s possible to be a believer — even a strong one — who doesn’t “get much, or any, emotional reward from our spiritual lives.”

The problem is that a lot of churches, and especially youth ministries, overemphasize “emotional reward.” Often they go to ridiculous lengths to manufacture that “on fire” feeling they hope will keep youth committed to Christ.

Steingard recalls a youth conference where attendees were told to sign a pledge to “date Jesus,” which he felt was “manipulative and unsettling.” It’s fine that Steingard didn’t want to pledge to “date Jesus” as a teenager (it’s probably smart, actually). What’s not fine is that the program evidently made him feel that by not participating, he was missing something about Christianity itself.

He’s Part of a Larger Story

There may be more to Steingard’s story. Perhaps his church and family did everything they could to listen to his doubts and address the hard questions of life. We often don’t know why someone rejects the faith they were raised in.

Even so, Steingard’s story raises important questions for Christians. His experience is a piece of a larger narrative, one of Millennials and members of Gen Z abandoning religion at record rates, largely over questions like the problem of evil. It behooves us to ask ourselves how we’re addressing these questions, if we’re addressing them — and if we’re confident in the answers we’re giving.

In a sincere effort to reach young people, it’s easy for Christians to obsess over being “relevant.” But relevance is not the same as entertainment — a mistake many seem to make. Churches, youth groups, and other Christian organizations shouldn’t worry about being entertaining or facilitating an emotional experience. Doing so is actually damaging to the cause. Instead they should teach truth, encourage real discussion, and address hard questions head on. That’s the foundation youth need, and that will never change.

Editor’s note: This article was updated on June 3, 2020 to include Jon Steingard’s response.