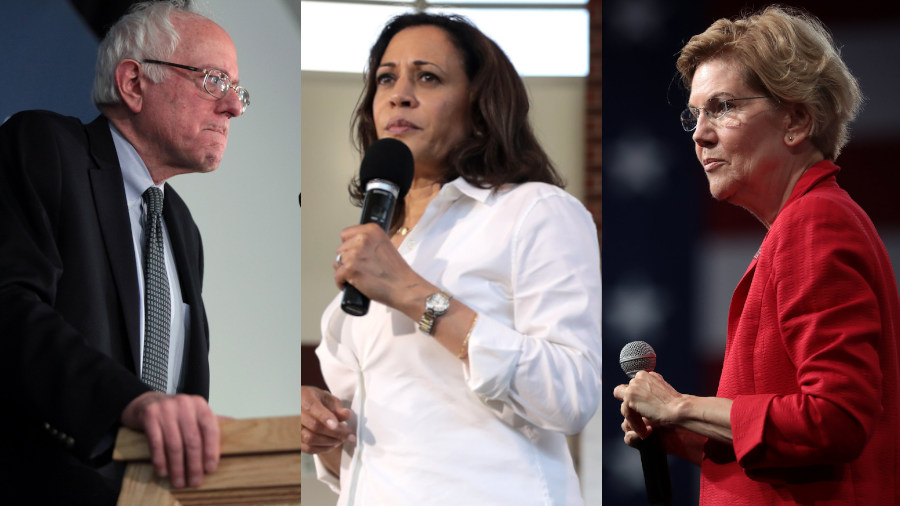 The three Democratic presidential candidates have not commented on how their promises to ban fracking will affect the market were a similar attack to happen under their administrations. They have also not responded to the Daily Caller News Foundation’s requests for comment about whether they’re keeping to their proposals.

Oil prices spiked following the Sept. 14 attacks that disrupted about half of Saudi Arabia’s oil capacity, which accounts for roughly 5% of the daily global oil supply. Reports show the disruption would have been larger if it was not for a massive increase in oil production over the past decade.

Prices plunged Tuesday after Saudi officials said the country’s oil supply will soon be back online. Brent crude futures dropped to $64.46 per barrel from $71.95 per barrel Monday, the biggest jump in history after the attacks. President Donald Trump and other U.S officials believe Iran was behind the assault.

Energy analysts are panning any such bans.

“Just banning this would not be good news, not only for Americans but for Europeans,” Fatih Birol, executive director of the International Energy Agency, told CNBC in a Sept. 9 interview during the World Energy Conference. “This would have major implications on the market for the U.S. economy.”

Another expert went further. Kathleen Sgamma, president of the Western Energy Alliance, a group of oil and gas companies, told the DCNF that Warren’s, Sanders’s and Harris’s “agenda is not practical.”

“It’s a good reminder that we would rather get oil from American producers than from overseas. It’s like taking robotic products away from the automobile,” Sgamma said, referring to the technology she believes is crucial for increasing the country’s energy production.

Birol’s remarks came three days after Warren announced on Twitter that she would ban fracking as the president.

“On my first day as president, I will sign an executive order that puts a total moratorium on all new fossil fuel leases for drilling offshore and on public lands. And I will ban fracking — everywhere,” the Massachusetts senator told her Twitter followers on Sept. 6.

On my first day as president, I will sign an executive order that puts a total moratorium on all new fossil fuel leases for drilling offshore and on public lands. And I will ban fracking—everywhere.

Sanders and Harris used similar arguments for their positions. Sanders, from Vermont, said on Sept. 4 that any policy designed to tackle global warming must include “a full fracking ban on public and private lands.”

Any proposal to avert the climate crisis must include a full fracking ban on public and private lands.

Harris, from California, made a similar promise during CNN’s climate forum on the same day of Sanders’s tweet.

All 10 Democratic candidates who participated in CNN’s town hall, including former Vice President Joe Biden, have proposed halting new leases to help energy companies pull out gas from millions of acres both onshore and off the coasts. Biden also said the U.S. can take millions of gas-powered vehicles off the road.

Fracking is a method of drilling that involves spraying high pressure water and sand underground to make tiny fractures in rock to release gas, which can then be liquified. A president cannot ban the method, but the executive branch can sign orders shrinking the use of fracking technology on federal lands.

Former President Barack Obama attempted to wrap the oil industry in regulations aimed at fracking but was largely thwarted through the courts. The federal government issued regulations through the Bureau of Land Management in 2015 that were meant to force companies to disclose the chemicals they use in fracking.