Harriet Beecher Stowe: A Catalyst to the American Abolition Movement 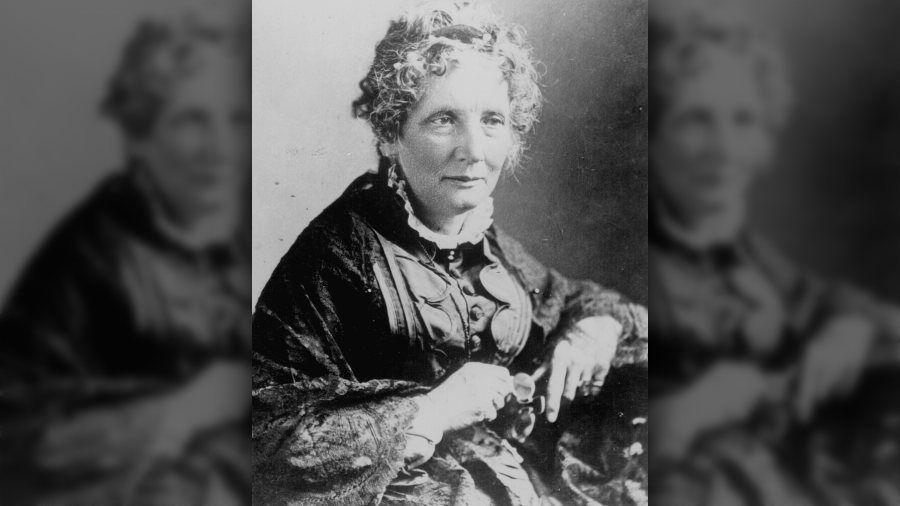 In the nineteenth century, Harriet Beecher Stowe was the most important woman in the United States. It is reported that during the American Civil War, when she was introduced to President Lincoln, he said, “So this is the little woman who gave us this great war.”

Harriet was born in New England into the Beecher family, a distinguished American dynasty. Her father was a famed Christian preacher and Harriet grew up in a godly family that promoted progressive social causes, such as the abolition of slavery and the education of women. Harriet, intelligent and well educated, underwent a conversion experience in her teens that was to affect who she was for the rest of her life.

A Child of God

When Harriet was 21, her family moved to Cincinnati, Ohio, where she became a teacher. Although Ohio banned the holding of slaves, it bordered Kentucky where slavery was legal, and in Cincinnati, Harriet encountered many escaped slaves. Harriet’s objections to slavery deepened when, visiting Kentucky, she saw families being broken up and sold at slave auctions. Her loathing of slavery was supported by her faith: after all, if a slave was a child of God, what right did anyone have to buy or sell them?

Harriet became friends with Calvin Stowe, a professor of theology. After his wife died, Calvin married Harriet in 1836 and they had a long marriage with seven children. Moving back with her husband to New England, the Stowes were involved in the Underground Railway, the network of individuals that helped slaves flee to safety. As they housed fugitives, Harriet listened to their sad stories.

In 1851, she was asked to write for an abolitionist newspaper. Following the pattern established by authors like Dickens, she started a novel in weekly installments. It was a great success, running to 40 installments, and was published as a book. Uncle Tom’s Cabin, as it was titled, is an involving novel that deals openly with the horrors of slavery. It ends with Uncle Tom, a noble and humble Christian slave, being beaten to death by his master because he refuses to reveal the location of two escapees. With his final words, Tom offers forgiveness and utters an appeal for conversion.

Understandably, many African-Americans were troubled by the way that Uncle Tom lets himself be beaten to death by a white man. Yet the book did have an astonishing impact. Did it cause the American Civil War? Probably not, but it did make slavery morally indefensible and may have helped the abolitionist Abraham Lincoln become president. Nevertheless, it did play its part in the war. Britain, with its enormous cotton industry, was tempted to support the South — an action that would probably have changed the course of the war — but the enormous success of Harriet’s book made that politically unacceptable.

Harriet continued to write books and undertook national and international tours. She made three trips to Europe where she met with crowds and with Charles Dickens and Queen Victoria. She remained committed to social reform in such areas as better legal rights for women and opportunities for education for the newly liberated slaves. She and her husband continued to live modestly and she donated much of her considerable profits to good causes. Following the death of her husband, Harriet’s mental health declined and she died in 1895.

What We Can Learn

What can we learn from Harriet Beecher Stowe? Thinking about the remarkable achievement that is Uncle Tom’s Cabin, I note four intriguing and challenging elements.

First, Harriet was a woman who was ready. It’s been said that “fortune favors the prepared mind.” A similar but overlooked phenomenon occurs in the Christian life: prepared people find that God gives them things to do. Harriet, deeply rooted in the Christian faith, Bible knowledge, and committed to social action, was certainly prepared. All that was needed was the trigger of that request to write against slavery. Are we making it a priority to prepare ourselves for God to use us?

Second, Harriet reacted. One of the troubling features of slavery is how so many people conveniently managed to overlook it as a moral issue. Harriet not only saw what slavery entailed but her offended conscience demanded that she took action. We live at a time when there are plenty of overlooked outrages and we need more Christians with Harriet’s enthusiasm to notice them and react wisely.

Third, Harriet responded. Her gift was storytelling and that’s what she did. The horror of slavery might seem to have demanded more, but what she was able to do turned out to be remarkably effective. What gifts do we have that can be used to make a difference? Let’s use them!

Finally, I see how God brought results. As with the boy with the five barley loaves and two small fish in John’s account of the feeding of the five thousand, God delights in making much out of little. God achieved much through Harriet Beecher Stowe. He can use us too.

Canon J. John has been an evangelist for 40 years. He has spoken at conferences, universities and in towns and cities across 69 countries on 6 continents. In 2017 he launched JustOne at the Arsenal Emirates Stadium in London, and JustOne events are being conducted throughout the UK. Evangelist, minister, speaker, broadcaster and writer, J. John communicates the Christian faith in a practical way. He has written several books across a range of subjects including the Theology For Little People series to help children understand biblical truth. J. John lives near London in England.

Juneteenth — Something We Can All Commemorate