Duke University professor Harold Koenig, M.D. has explored the links between religion and health for three decades. He shares the latest research — and his response to secular critics. 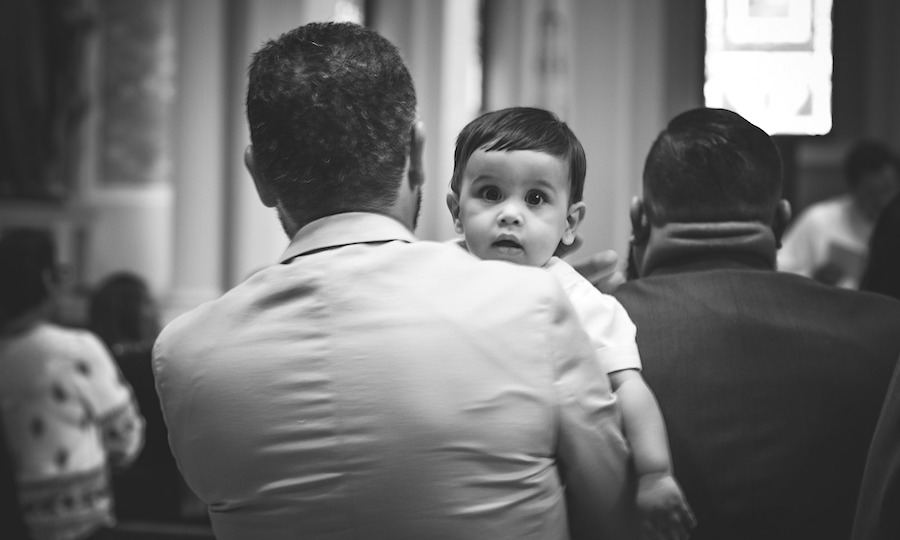 For years, experts have noted America’s worsening health care crisis. And national spending on health care has gone from 7% of GDP in 1970 to 18% in recent years.

One leading researcher has identified a key to health often ignored by the medical establishment: The Great Physician. Practicing psychiatrist Harold G. Koenig, M.D. has long documented the surprising links between religious faith and better health outcomes. He’s now got further research to back up his claim.

“There is considerable evidence that religious people do, in fact, live longer and are happier,” said Koenig in a phone interview from Duke University. “Frequency of attending religious services seems to be one of the most powerful predictors.”

In 1998, Koenig became founding director of The Center for Spirituality, Theology and Health. As part of Duke University Medical Center, Koenig and his team conduct research and chronicle how religion and spirituality are linked to health.

Their research work includes the 1,169-page volume Handbook of Religion and Health, 2nd Edition (2012) and countless practical guides now used by practitioners. The Center recently completed its annual week-long training conference on religion and health research. More than 50 people from a half-dozen countries participated, from a variety of faith traditions.

You shouldn’t expect religion to have any impact on a person’s health unless their beliefs actually influence their behaviors, relationships, and work.

“A Catholic priest joined us, as well as other clergy, chaplains, and professors at various universities,” said Koenig. “After reviewing the connections between religion and health, then we went over what kind of research is needed and described how it’s done. It was a packed week.”

In our interview, Koenig surveys the latest research, responds to critics of his work, and shares his personal story of faith and recovery. It has been lightly edited for clarity and length.

According to research you and your team have compiled, how do health outcomes differ for people who are more religious? Dr. Harold G. Koenig: The preponderance of scientific evidence right now favors certain conclusions. People whose lives are centered on their religious faith are going to have benefits in three areas.

The first is, they’re going to be doing better psychologically. They’re going to cope better with stress and be more resilient. They will experience less of the negative mental health effects and more of the positive. They’ll probably have less depression and less anxiety. On the positive side, they will have greater life satisfaction, well-being, and a greater sense of optimism and hope. There is a lot of evidence to favor that.

Then there’s the social aspects. A lot of evidence shows that people who are more religious have more and stronger social relationships. They are also more likely to provide support to others. One of the best indicators for physical health has to do with length of life or mortality, because it’s cumulative. Over a person’s life, the behaviors and attitudes people have will gradually accumulate and affect their physical health.

That doesn’t mean religious people don’t struggle with issues related to depression and anxiety. Many times, a person’s faith becomes stronger as they go through adversity and trauma.

Faith Without Works is Dead

Your team’s work often distinguishes between people who claim religious beliefs and those who report practicing their faith, such as by attending services. Why are these distinctions important?

Koenig: Our studies show that religion needs to be central to a person’s life to have the health benefits we have discussed. You shouldn’t expect religion to have any impact on a person’s health unless their beliefs actually influence their behaviors, relationships, and work.

We have developed measures of that, which include both beliefs and behaviors. I have a Belief Into Action scale of ten questions that measure just how central a person’s religion is in terms of their life. It looks at: how do people spend their money? How do people spend their time? If you think of what’s really important in a person’s life, they’re going to be spending time and their finances on it.

One of the world's leading researchers on the links between religion and health, Dr. Harold Koenig of @DukeMedSchool uses the Belief Into Action (BIAC) Scale as one measure in research studies

These 10 Factors indicate to what degree a person's faith is reflected in behaviors pic.twitter.com/D9rkngNXbf

This measure tries to capture that — both the level of religious belief and commitment, and the extent to which one surrenders one’s life to God and religious teaching. This includes the time spent in religious practices each day, attending services, private prayer, and study of sacred Scriptures. It also measures how much one is volunteering for religious reasons.

How much time does somebody spend on these activities? It tries to quantify the extent to which that person’s life is centered on and revolving around their religious faith. That’s the kind of faith that really affects health.

Challenging Freud and the Establishment

There are long-standing suspicions against religion in psychiatry and other medical fields. Has the volume of research started to change that?

Koenig: It is starting to change. As a psychiatrist, I have to take continuing medical education to stay board-certified. I’ve noticed that in many of the lectures I’m listening to, they’re bringing in a little bit of spirituality.

At least they’re acknowledging it as something important for people. It’s still not a love relationship, by any means — but it is growing.

The research is beginning to become so overwhelming and convincing, it’s difficult to deny the possibility that religion has many aspects that are good for your mental health. That is in contrast to what the forefathers of psychiatry said.

When you encounter secular humanist voices that disparage the link between religion and health, what is your response?

Today, thousands of quantitative, peer-reviewed studies find these connections between religion and health.

Koenig: My response is: Look at the data! There is a lot of powerful research out there coming from amazing research universities. Today, thousands of quantitative, peer-reviewed studies find these connections between religion and health. Different research teams in different countries are coming to similar findings, so they’re replicable.

You have to deny an awful lot to say all of that research doesn’t mean anything. The quality of religion and health research is increasing hugely, especially with the involvement of the Harvard School of Public Health. They have some of the best statisticians anywhere, so the secular voices have nothing to stand up against them.

Recovering the Value of Life

In recent years, the rise of suicide rates has been particularly striking across the U.S. How is religious practice linked to suicide prevention?

Koenig: In this area, similar to substance abuse, there is very strong evidence and good data. Recently, the Harvard School of Public Health studied the incidence of suicide with religious practice as one factor. This large study of 89,000 women followed them over years.

It concluded that people who attend religious services at least weekly are nearly five times less likely to commit suicide. The lead author of that study, Tyler Vanderweele, is an endowed professor of biostatistics at Harvard University. He has his Ph.D. in mathematics from Oxford University. Nobody can really challenge his work of such meticulous science.

His study examined the increasing rates of suicide over the past 15 years — particularly among women — as related to trends in religious attendance and the secularization of the U.S. He concludes “frequent religious service attendance was associated with substantially lower suicide risk.” He also concluded “Religion and spirituality may be an underappreciated resource that psychiatrists and clinicians could explore with their patients, as appropriate.”

That’s a very powerful statement from someone in the very top school of public health in the world. Professor Vanderweele has done such high-quality research, it’s hard to criticize.

Trials and the Transcendent

After decades of research, why is exploring religion and health such a passion of yours?

Koenig: It’s been remarkable to see what a difference understanding faith makes in people’s lives — from a research standpoint, certainly. But I’m also a clinician, so I see it in my clinical practice.

Interventions in psychiatry or medicine [cannot] compete with the life-transforming things that religious faith can do for people.

I could name a zillion patients of mine who have struggled with suicide or things of similar magnitude. They would’ve given up long ago if they didn’t have faith to support them. We don’t have interventions in psychiatry or medicine that can compete with the life-transforming things that religious faith can do for people.

It’s been true in my life, too. Faith has been a major factor in terms of my recovering from various neurotic experiences. My wife also, both of our lives are stories of transformation through difficult situations. She has one of the most severe chronic pain syndromes that people can have. Though a fairly young woman, she is on heavy doses of narcotics. This horrific pain syndrome affects every living hour of her day.

The best treatments that medicine can provide have not been effective at relieving it. It’s truly amazing the impact that faith has had on both of our lives — and our lives together as we face this. There is no way we would’ve made it through had it not been for our religious faith.

Learn more about the Center for Spirituality, Theology and Health in the video below. Explore The Stream’s complete medical coverage, and sign up to receive top stories every week.