Hanukkah: A Beacon Across Generations 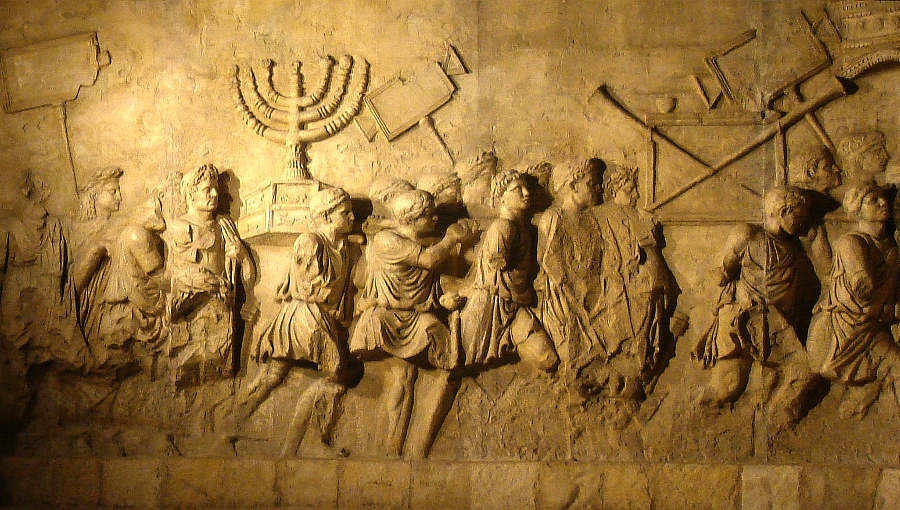 One of the most stirring moments in Western cinema is the lighting of the beacons in Peter Jackson’s film version of The Return of the King, summoning the riders of Rohan to the aid of the beleaguered city of Minas Tirith. The fire is kindled from mountaintop to mountaintop as the long vigil of lonely watchmen ends with a signal across distance and darkness, giving the free peoples of the West the courage to rise together against the evil gathering in Mordor. The blood surges and the heart pounds as the tiny points of light become visible across far-off mountain ranges.

Jews around the world have just completed the eight days of the Feast of Hanukkah, lighting eight candles in the windows of their homes. To the Jewish people, dispersed across the world for two millennia before the founding of the State of, the flames of the Hanukkah menorah beckon to us like Tolkien’s signal fires, but across time rather than space.

Hanukkah (“Dedication”) remembers the cleansing of the Temple at Jerusalem after a Jewish army expelled the invaders of the Greek Seleucid dynasty in 165 B.C.E.  But it is more than remembrance: the candles we light in Jewish homes during the eight days of the festival rekindle the Eternal Flame of the Temple itself, the symbol of the Shekhinah, God’s indwelling on earth. We are grateful for the military victory against the Seleucid invaders and mention it in our holiday prayers, but it was short-lived. The Hasmonean dynasty that ruled Israel for the next century degenerated and Israel became a de facto Roman protectorate in 65 B.C.E. Our revolt against Roman oppression ended with the destruction of the Temple in 70 C.E. and our long exile. The Temple was destroyed, and the rabbis of antiquity declared that the Sekhinah went into exile with the Jewish people. The eternal flame of the Temple was extinguished by the Romans but rekindled in every Jewish home. In the poverty, persecution and humiliation of exile, Jewish families became a Temple in exile, and the rededication of the Temple’s light of 165 B.C.E. became an act of rededication in every home.

The Rabbis of antiquity taught that the broken altar of the Temple at Jerusalem had become the Sabbath table of the Jewish home. As the successor to the Temple, the Jewish home is holy, too holy even for angels to abide on Sabbath eve, as one rabbinic authority attests. The Shekhinah abides in the Jewish home on the Sabbath and its bearer is the woman who kindles and blesses the Sabbath lights. Hanukkah revives the Temple’s candelabrum, the Menorah, whose theft by the Roman armies still can be seen engraved on the Arch of Titus in the Forum at Rome.

It was dangerous to be a Jew during the long night of exile, and it still is dangerous to be a Jew in Israel, to say nothing of France.  I marvel at my ancestors’ courage in those dark times, when their lives depended on the forbearance of neighbors not favorably disposed to them and the whim of authorities who might protect or persecute them as they pleased. What gave them the courage to prevail over so many centuries of tenuous life was the comradeship of all generations of Israel. Like the beacon fires of Minas Tirith, the Hanukkah lights summon all Israel to our aid, all those who came before us and all who will follow us, in a rededication of the eternal flame.

“Not by might, nor by power, but by my spirit, saith the Lord of hosts,” we read from Zechariah on the Sabbath that falls on the festival. This spirit flickers to us in the Hanukkah lights, bonding us with Israel’s generations. That is the well of our strength and the source of our comfort.

This column originally appeared at PJ Media. Reprinted with permission.