Here's a hint: It rhymes with "lip-balm." 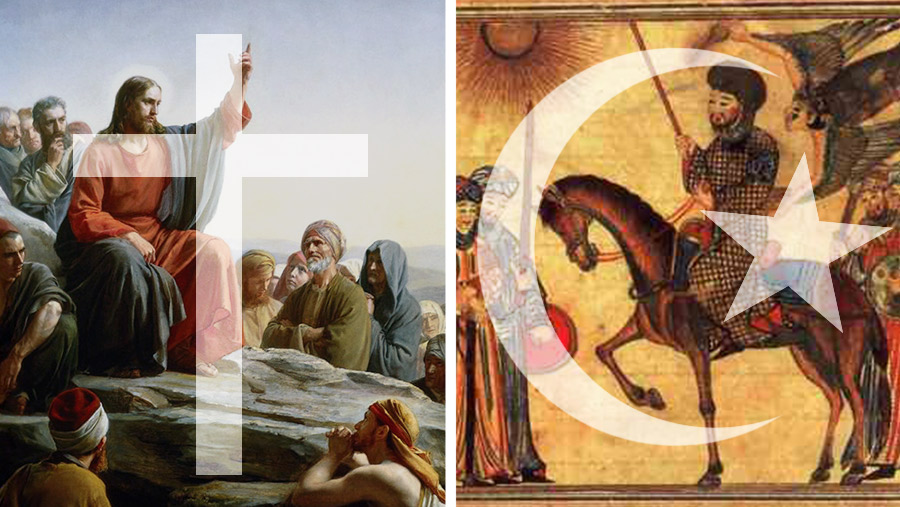 By Raymond Ibrahim Published on November 2, 2022 •

This week in history, a battle that radical Muslims of the ISIS variety all but venerate took place between Muslims and Christians in Spain, or al-Andalus.

Context: in 1085, Alfonso VI of Leon-Castile captured the Muslim city of Toledo, thereby formally initiating the Reconquista. Great was the lamentation among Muslims and great the rejoicing among Christians. The Muslim emirs of al-Andalus — notorious for their disunity, dissipated lifestyles, and lack of interest in jihad — had to act fast. “The arrogance of the Christian dogs,” to quote one Muslim, had “waxed so great.”

So they called on their fanatical coreligionists in North Africa, the Almorivades, a sect devoted to waging jihad and enforcing sharia. Their elderly leader was Yusuf bin Tashfin, “a wise and shrewd man,” who had “passed the greater part of his life in his native deserts; exposed to hunger and privation, he had no taste for the life of pleasure.” Dressed all in black with a veil covering everything but the zeal in his eyes, the 76-year-old sheikh accepted the invitation and entered al-Andalus.

The Moorish emirs quickly “acknowledged his sway, hoping that he would stop the victorious course of the infidel, and thus open, for the prosecution of jihad, those gates which they had hitherto kept criminally locked,” thereby “propping up the tottering edifice of Islam, and humbling the pride of the insolent Christian.”

By October 1086, a vast coalition of thousands of Almorivades and Andalusians, under Yusuf’s command, found themselves facing King Alfonso and his knights at Sagrajas, near Badajoz.  (Although exact numbers are unclear, the Muslim army outnumbered the Christian one by roughly three to one.)  According to a Muslim chronicler,

When the two armies were in the presence of each other, Yusuf wrote to Alfonso offering him one of the three [conditions] prescribed by the law; namely, Islam, tribute, or death … .  At the receipt of this letter, the infidel was highly indignant; he flew into a most violent passion, and returned an answer indicative of the miserable state [of his mind]. 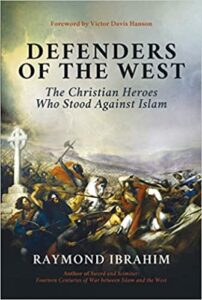 On October 23, 1086, the Christians finally charged the frontlines of the Muslim army, where Yusuf had placed the Andalusian emirs, while he and his African warriors held the rear. The battle soon “became fiercer than ever, and the furnaces of war burned with additional violence; death exercised its fury.” As expected, it was not long before the Moorish frontline began to crumble and retreat before the Christians who “repeated their attacks with increasing fury.”

Yusuf’s unperturbed reaction underscored the contempt he held for his “moderate” Muslim allies: “Let the slaughter continue a little while longer,” he told a concerned general; “they no less than the Christians are our enemies.” Moreover, the Christians would tire themselves out, added the shrewd sheikh, “and we shall vanquish them without great difficulty.”

Before long, Alfonso and his knights had penetrated to the rear of the Muslim encampment.  Yet Yusuf was nowhere to be found. He had divided his forces into three: one (finally) to aid the nearly routed Andalusians, and one to engage Alfonso; the last, led personally by the wily emir, had circumvented the field of battle. “Advancing with drums rolling and banners flying,” they went straight to and put the Christian rear camp to fire and sword.

Realizing he had been outflanked, Alfonso, rather than continuing to rout his foes, ordered an about face back to his own camp. This was a mistake. The Christian knights crashed into their own fleeing men, even as “the Moslems began to thrust their swords into their backs and their spears into their flanks.”

The Steeds Swam Through Torrents of Blood

Always in the background was “this weird drum beating, which so dumbfounded the Christians.” It was, in fact, part of the new tactics brought into play by the Almorivades, whereby military units rhythmically advanced to the beat of drums.  As one historian explains:

The thundering roll of the Almoravide drums, now heard for the first time on Spanish soil, shook the earth and resounded the mountains. And Yusuf, galloping along the serried ranks of the Moors, nerved them to bear the fearful sufferings inseparable from holy war, promising Paradise to the dying and the richest booty to those who survived the day.

Soon even the effete Moorish kings who had been driven off the field had returned to the fray.  Now “the clash between the two kings was terrific,” writes a Latin chronicler.  Now “the earth quaked under the hoofs of their horses; the sun was obscured by the clouds of dust rising under the feet of the warriors; the steeds swam through torrents of blood.  Both parties, in short, fought with equal animosity and courage.”

Muslim accounts agree: “the stormy din of drums, the clash of clarion and trumpet, filled the air; the earth quaked [under the weight of the warriors], and the neighboring mountains echoed the thousand discordant sounds.”

At just the right moment, Yusuf unleashed his elite guard — 4,000 bellowing Africans, armed with light blades, spears, and hippo-hide covered shields — towards where Alfonso and the bulk of his most stalwart knights were holding ground. He ordered them “to dismount and join the fight, which they did with awful execution, cutting the horses’ houghs, spearing their riders when on the ground, and throwing confusion into the enemy’s ranks,” to quote from an Arab source:

In the middle of the conflict Alfonso attacked, sword in hand, a black slave who had spent all his javelins, and aimed at his head; but the black avoided the blow, and, creeping under Alfonso’s horse, seized the animal by the bridle; then, taking out a khanjar [J-shaped dagger] which he wore at his girdle, he wounded the Christian king in the thigh, the instrument piercing both armour and flesh, and pinning Alfonso to his horse’s saddle. The rout then became general, the gales of victory blew, and Allah sent down his spirit to the Moslems, rendering the true religion triumphant.

Exhausted, bloodied, and now impaled, Alfonso and his few remaining men — just 500, almost all of whom were seriously wounded — retreated, even as the relentless Muslims gave chase deep into the night and slaughtered some more. In the words of the historian al-Maqqari, Alfonso “fled from the field of battle like the timid hare before chasing dogs, and reached Toledo, beaten, dejected in spirits, and wounded.”

Meanwhile, a grisly scene was unfolding on the field of battle. In keeping with the modus operandi of four centuries of Islamic heroes and caliphs, stretching back to Muhammad’s treatment of the Jewish tribe of Banu Qurayza, “Yusuf caused the heads of all the Christian slain [to the number of 2,400] to be cut off and gathered together in massive piles”:

And from the tops of those gruesome minarets the muezzins called to morning prayers the victorious soldiers, now worked into a frenzy by the sight of this bestial treading under-foot of human remains, “In the name of Allah, the Compassionate, the Merciful.”

The emir later had the now rotten heads hauled off in carts to the kingdoms of al-Andalus as material proof of victory — and a reminder of the fate of all who resist Islam.

The Withering Bones of “Infidels”

Yusuf bin Tashfin is still revered among Muslims, particularly of the jihadist bent, for his pious exploits at this battle.  Indeed, with the exception of perhaps the battle of Yarmuk, few if any other jihads of Islamic history are as extolled in Muslim historiography as Sagrajas, though it is known by a different name in Arabic: the battle of al-Zallaqa, meaning “slimy,” a reference to the slippery conditions caused by the copious amount of blood shed on the battlefield, as echoed by a chronicler: “For many years after the field of battle was so covered with carcasses of the slain, that it was impossible to walk through it without treading on the withering bones of some infidel.”

In the end, “this memorable battle and defeat of the Christian forces … inspired new life into the body of [Andalusian Islam],” and set the stage for the next century-and-a-half, which saw the absolute fiercest fighting between Christian and Muslim in Spain.  But that is another story.

The above account was excerpted from Raymond Ibrahim’s new book, Defenders of the West; all quotes are documented therein, mostly from primary sources (Muslim or Christian chronicles written close to the events), in original languages and translated by the author.