Growing Up in China: My Life Under Marxist Socialism 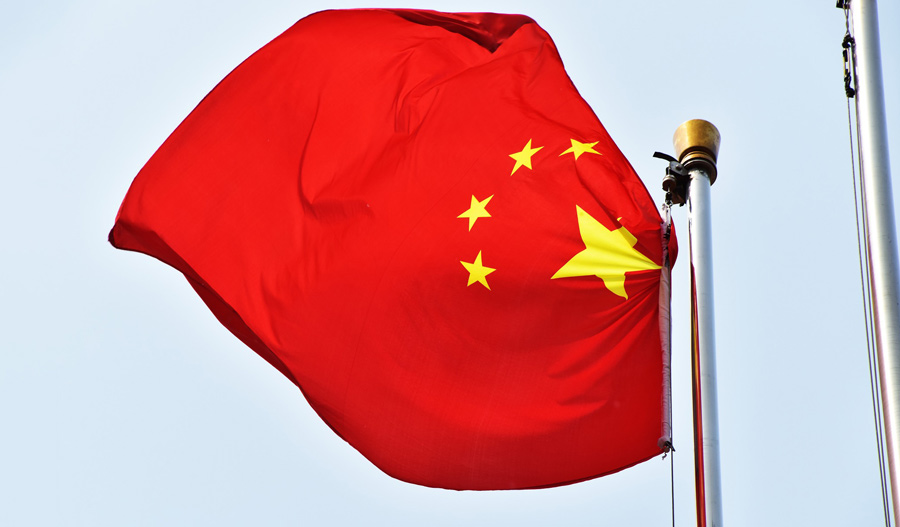 Editor’s Note: Chenyuan was raised in China and experienced firsthand the tragic effects of communism. Be advised that her story includes an unpleasantly disturbing yet true description of how she was able to survive great poverty. It’s in the section labeled “My Mother’s Extraordinary Act.” It is a reminder that socialism can never achieve its promised utopia.

Living in America, I’m reminded of how blessed I am to live in this free country with the free market as its basic economic system. I’m concerned, though. I’ve seen a steady increase of socialist ideas in our society. As a Christian, I support, advocate and participate in helping the poor and the needy because Jesus commanded us to do so. But I fervently oppose socialistic systems in which the government controls the distribution of resources. I lived through the worst of it. Here’s my story.

I spent the first decade of my life during the Cultural Revolution (1966-1976) in China. Power was centralized as it is in all socialist countries. We had only one employer in the country. The government held a super monopoly. Everything was distributed through a system of rationing. “Scarcity” defined every aspect of life at that time. My family ate meat only once or twice a year. If I got a piece of candy, I did not just put it in my mouth. I held it in the wrapper and licked it so it could last all day long.

Pain So Intense I Lost the Ability to Cry

Being malnourished, I was sick all the time and constantly had infections. One day my mom told me that she was able to use her connections to secure a spot at the hospital for me to have my tonsils removed. When we reached the hospital, I saw a long line of children waiting to get their tonsils removed. A nurse stayed at the end of the line holding a spray bottle. She sprayed some anesthetic in my mouth. I felt a little numb. Soon there were other kids standing behind me. I could not see the beginning or the end of the line.

By the time I was near the operating room, the numbness in my mouth was gone. My mom knew that it was fortunate enough for me to have had even a little anesthetic. She did not ask for a second dose. I was thrown onto the operating table after the pain killer had worn off. A clamp-like device was used to keep my mouth open. A surgical scissor entered my mouth… The pain and shock were so intense that I lost the ability to cry.

I fervently oppose socialistic systems in which the government controls the distribution of resources. I lived through the worst of it.

I was then shoveled to another line where a nurse checked us to see if the operation was successful. I never saw even a glimpse of sympathy in any of the adults’ eyes. After examining me, the nurse told my mom that I needed to go back to the operating room because the doctor did not make a clean cut. I heard this and I took off running as fast as I could. My mom chased after me shouting: “Think about Lei Feng! Be as brave as he!” Lei Feng was one of the heroes Mao Zedong wanted us to emulate. (This is one of the propaganda methods socialists/communists often use to control people’s minds.)

But at that moment, nothing could keep me from running away from that dreadful operating table. Finally, both of us were exhausted. My mom agreed that we should just go home.

The operation did not improve my health. What I needed was nutrition. Without better options, my mom took an extraordinary act. She stole a placenta from the hospital delivery room. She cooked it into a semi-jerky substance so it could last a long time because there was no refrigerator in any household. She then threw away all the utensils that the placenta had touched — chopping board, knife, pot… That was quite a loss since we did not have many household goods.

She told me it was beef and I could only take two pieces a day. I still remember the secrecy surrounding the meat. Years later, when I had real beef for the first time, I asked my mom why the taste was different. Then I learned the truth — and then came the shock, shame and disbelief… and my attempt to remove the smell, the taste and the texture from my memory. These are just two examples of many miserable events that happened to me and my family under socialism. And by all means, I was not an extraordinary case at all.

Economists have come up with different explanations as to why socialism failed under the regimes of the Soviet Union, Eastern Europe, China, Cuba, North Korea and Venezuela. My take is based on my experience and my subsequent study of theology. One reason is that socialism puts too much hope on human beings. It is a secular attempt to create heaven on earth without taking into consideration that we are infected with sin. Capitalism, in contrast, acknowledges people for what they are: self-centered. People are more willing to do good if it is for their own interest. Capitalism recognizes that free market competition is the best option among sinful humans, albeit an imperfect one.

This is totally absent in a socialist society. Socialism ignores market principles and eliminates rational incentives. When performance is not tied to a benefit, why work hard? If you can get paid without working, why work? Socialism claims to be morally superior to selfish capitalism. But in the end, though it is a powerful lure, it is a fruitless endeavor.

Using Their Greed for Good

Greedy capitalism, on the other hand, has benefited the poor around the globe. The word “sweatshop” may cause us to cringe, but if you had just two options: starving with no sweatshop or having meals by working at a sweatshop? That’s an extreme example, obviously. But the principle behind it tells us how capitalism has lifted over 700 million human beings out of deep poverty in the last few decades.

China is a good example. Even though its political system is still run by communists, it has embraced the tenets of capitalism, free market and less government regulations on business. My mom, who once stole a placenta to feed her ailing daughter, is making good money under the benefits of capitalism — even though she’s been retired for more than 20 years. Thirty years ago, she never imagined that she would one day send money to her daughter living in the U.S., the richest country on the planet.

Capitalism makes this world a better place. But socialism wants to make this world a perfect place. Advocates of socialism believe that under a good and smart government’s control and management, we can achieve perfection — a world without inequality and injustice. History tells us, however, that when power is centralized in the hands of a few, they are more inclined to abuse it than to implement it properly.

J.R.R. Tolkien, author of The Lord of the Rings, recognized the seduction of power as illustrated by the ring. So did our Founding Fathers, who designed our Republic with checks and balances to ensure the decentralization of power.

I know there are some who still romanticize about socialism’s promise of perfection. You have good intention. You care about the poor and are indignant about injustice. Scripture commands us to take care of the disadvantaged and do justice. But Jesus never told us to help the poor by delegating that responsibility to Caesar! It should be done by individuals on a voluntary basis, not through the government.

As the election is coming, if a candidate tells you that he or she wants to give you free this and free that, DON’T be fooled. Socialism can only lure you down a road of misery!

History has proven that the condition of the poor can never be improved through a socialist structure anyway. It’s outcome is always the exact opposite of what it promises. Socialism is only good on paper. In reality, it is the biggest generator of universal poverty known to man. Just look at Venezuela and North Korea. Socialism did not create heaven on earth there, it created hell on earth! And that is how it will always be. Churchill sums it up well: “Capitalism is unequal share of blessings; socialism is equal share of misery.”

Now is a good time to ponder the U.S. and what it stands for. Our founding fathers understood human nature and the danger of centralized power and devised a system accordingly. If we allow socialism to prevail, we will lose our republic. The day will come when we will only be able to look back with nostalgia on the liberties and prosperity that we once enjoyed.

As the election is coming, if a candidate tells you that he or she wants to give you free this and free that, DON’T be fooled. Socialism can only lure you down a road of misery! Think about the operating table I was put on. There is no healing there. Run away, and run away as fast as you can!