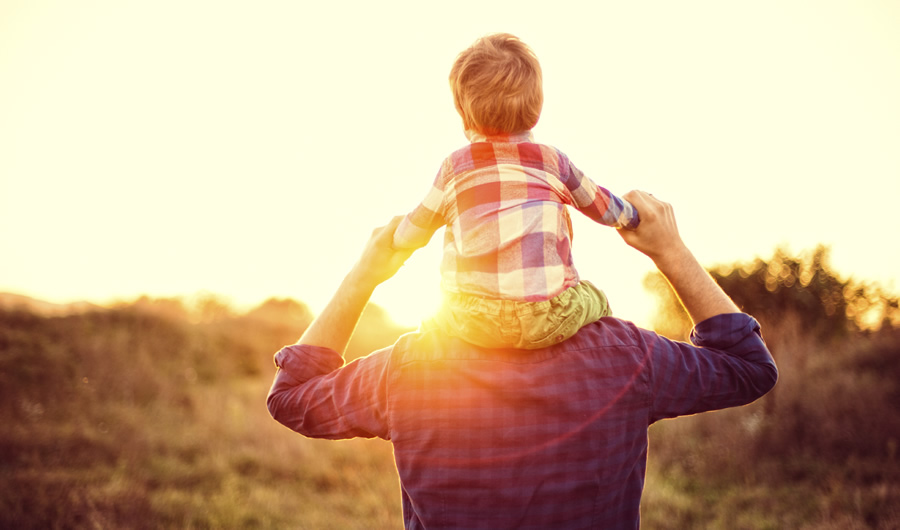 Everyone who watched President Obama’s final State of the Union address Tuesday night has an opinion about how he did, what he should have said and what he shouldn’t have said. For me the most glaring omission wasn’t the lack of straight talk about a languishing economy and the growing threat of radical Islamic terrorism. Those are real challenges for America, but the more basic challenge the president didn’t mention is the epidemic problem of fatherlessness. President Obama is to be commended for seeking diligently to be a good father to his two lovely daughters. But the president did miss an opportunity to address the fact that there are far too many kids growing up without their fathers in America. This problem must be addressed because there is much evidence that it’s rendering our nation less safe, less civil, less competitive economically and less able to find its way back to Father God.

I understand the negative effect of fatherlessness personally. Born the product of a forced sexual relationship to a single woman and living without a father did unspeakable damage to me as a boy.

During my late teens Joe Bailey Robison (my earthly father) spent several years in prison for various crimes. After Betty and I had been married a few years and had a beautiful little girl, Rhonda, my alcoholic father suddenly entered our lives. He moved to the Houston area, and I tried to get him help with a ministry that worked with addicts. He did not make progress.

One day as I drove home from San Jacinto Junior College, I saw a man lying in the gutter face down. I pulled my car over to see if I could help, and as I knelt down and rolled the man over looking into his face, I realized it was my own father. He was in such a drunken stupor that he had fallen face down by the curb.

With the help of another passerby, I was able to get him into the car. I took him to the house (a mobile home that Betty and I were living in) and I put a chair in front of the trailer, because I could not trust my own father in the house with my wife and little girl while I was in school. Tragically I sense it is the story of many today.

A few days later I put him in a room and provided the money for food and asked for someone to look after him while I took care of my family and attended classes. One afternoon when I dropped by to see him, I found that he had coerced some of the people near the complex to go and buy him some alcohol. He had gotten so drunk he couldn’t get out of bed and had thrown up all over his shirt.

I remember as though it were yesterday dropping down on my knees by the bed and pulling my alcoholic father to me, a man I had never known, who had never told me he loved me, never bought me a bite of food, a pair of shoes, or provided anything for me. I pulled his chest up against mine and looked in his eyes and bearded face and said, “I don’t know you, but I love you and I really want the best for you.”

Over the coming months and years, I never saw a change in my father. A few days before he put his head on the pillow, fell asleep and died, I told him how much God loved him, and about Jesus and how He had transformed my life. My father died of sclerosis of the liver and diabetes from extreme alcoholism.

I have often hoped that some day when I get to heaven and see the throngs around Jesus, there will be a hand waving through the crowd and a voice shouting, “Son, look here! It’s your dad!” and discover that somehow in the last days or hours after I had witnessed to him, he actually invited Jesus into his heart and came to know God the Father. Yes, I believe that’s possible because we have a God so full of amazing grace. That would be one of the joyful surprises in heaven if my father were there.

I wish there had been a dad in my life, but I am so grateful to know the Father that anyone can know. He is so indescribably awesome, so full of love and mercy. He offers forgiveness and life to every person on earth. This grace is available to you and everyone you know.

It was the Eternal father, and his family of believers, who rescued this fatherless boy from ruin. Too often our government, Uncle Sam, has attempted to play the government-as-father starting with the various ‘Great Society’ programs of the 1960s that actually undermined the family in our lowest income communities, accelerating divorce and out-of-wedlock birthrates and leading to greater misery and dysfunction — anything but a great society.

Government has an important role to play in punishing criminals and protecting its citizens. But when it gets distracted pursuing a thousand other well-intended tasks and becomes a nanny state, it ends up being a sad substitute both for real fathers and for the limited government of a free people envisioned by America’s founders.

President Obama’s final state of the union was a study in just such a misplaced understanding of government’s proper role. The president had little to say about our government’s core role outlined in Scripture — punishing evildoers. And his one mention of fathers was to admire “the son who finds the courage to come out as who he is, and the father whose love for that son overrides everything he’s been taught.”

But true love never overrides God’s loving design to allow man and woman, husband, wife and children to prosper. And if President Obama wasn’t misled by the fashionable view of human sexuality, he would know that the evidence overwhelmingly shows that the boy raised with an absent or abusive father is far less likely to develop a healthy, long-term relationship with a lifelong wife. One of the most loving things a father can do is to love and be present for his family.

No, fatherlessness shouldn’t be used as an excuse for bad choices. But the only perfect solution to the painful scars of fatherlessness is in the perfect Son, the perfect Father and the perfect indwelling Spirit. Another clever and expensive government program will not return the hearts of the fathers to their children. Only God can do that.

Is Donald Trump The Reason Positive Things are Happening in America?