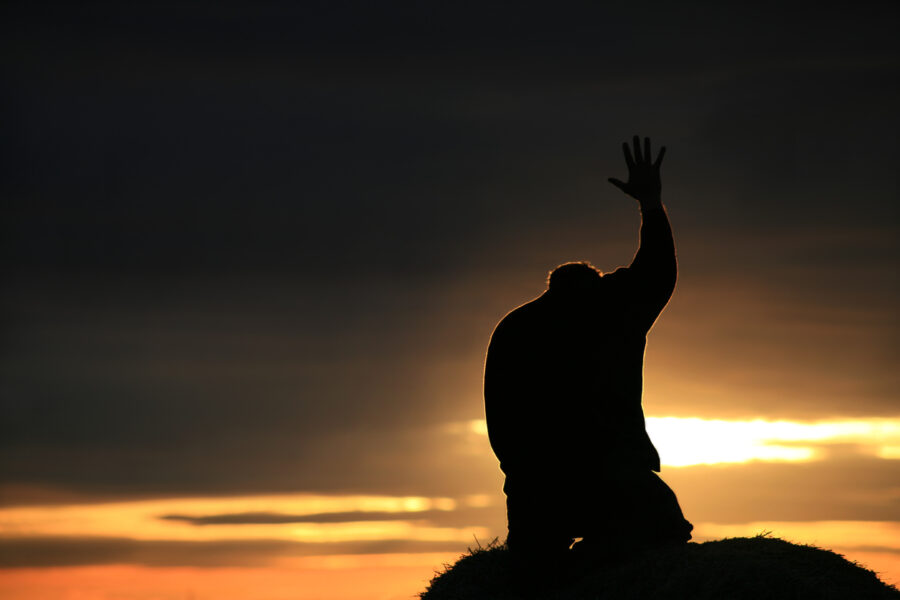 The traditional definition of tolerance is sympathy for others’ beliefs that conflict with our own, even admitting that our views may be wrong. But today’s definition refuses to assess right and wrong, assuming that all beliefs, values and lifestyles are equally valid.

As an example, the old definition of tolerance is rooted in the belief that there is objective truth, but the new one says, “I have my truth, you have your truth, and they’re equally acceptable.” Today, if you voice even a mild disagreement with someone’s concept of truth, you’ll be criticized for being intolerant. People will accuse you of not being loving, lacking grace, and being hateful. That’s a very small box you have to fit into!

John tells us that Jesus came “full of grace and truth” (John 1:14, NIV, emphasis added), not one or the other. Grace and truth must go together, like peanut butter and jelly, Batman and Robin, or the Lone Ranger and Tonto. Grace without truth is only emotion, and truth without grace is the legalism of harsh demands and guilt motivation.

The Truth About Judging

One of the most common statements made today is a quote from the Sermon on the Mount: “Don’t judge!” We hear people say it whenever anyone voices a criticism or even an opinion. To understand this short but powerful statement, we need to look at the context of the passage.

Do not judge, or you too will be judged. For in the same way you judge others, you will be judged, and with the measure you use, it will be measured to you. (Matthew 7:1–2)

The word judge has a range of meaning. You might say, “I cut the board too short because I didn’t judge the length accurately.” In that context, the word simply means an observation without a value judgment. But if you say, “I was asked to judge the best tomatoes at the county fair,” then this is an assessment with a value judgment, albeit without condemnation.

In other words, Jesus isn’t saying that we can’t make assessments and we can’t differentiate right from wrong or good from bad — He did that all the time! And the Bible is full of these judgments. In fact, later in this passage, Jesus calls some people dogs and pigs. I think that’s a value judgment! So, what point is Jesus making? He wants us to avoid delighting in finding fault in others or harshly condemning them while feeling superior. It’s not wrong to simply state the facts — that’s observation. So, read this carefully: you harshly judge when you assume to know the motives of people’s hearts and when you conclude that you’re better than they are.

To illustrate this concept, Jesus uses a metaphor that you might find comical, but He uses exaggerations for a purpose.

Character Flaws and What We See

The plank and the speck are character flaws. Our normal tendency is to see others’ flaws as huge boards, but we think ours are only tiny specks. Yet Jesus reverses this perception. If we believe we’re superior or better than, the sin of pride blinds us so that we can’t see anything clearly. We may want to focus on the flaw in the other person, but our first priority should be to look in the mirror and deal with our arrogance, our wrong perception, and our blindness. Then, we’ll have the humility and perception to gently, carefully help the person overcome a character flaw.

This illustration isn’t just a theory; we need to apply it in every relationship. When you’re dating, you don’t see specks or planks in your girlfriend or boyfriend, but after a few years of marriage, many couples have collected enough insults and hurts that they’ve built up a case against each other. They have enough planks to build a mansion!

We can also build a case for the prosecution against people at work (especially employers), against friends and neighbors, and against people in the church. The statement that should stop us in our tracks is Matthew 7:2: “‘For in the same way you judge others, you will be judged, and with the measure you use, it will be measured to you.’”

If you’re harsh, others will be harsh toward you. If you make a habit of finding things wrong with another person, that person will look for your flaws too. This is simply the way human nature works, but it can be reversed. Keep in mind what Jesus said a few verses later: “‘So in everything, do to others what you would have them do to you, for this sums up the Law and the Prophets’” (Matthew 7:12).

Sometimes, we’re critical because we don’t have the facts, and when we have the wrong facts, we inevitably draw the wrong conclusions. I heard a story about a pastor who sat in his car in the parking lot on a Sunday morning reviewing his sermon notes before the service. He was using a white pencil, and as he read, he absentmindedly held it in his mouth. One of the deacons walked by and saw him with the white pencil jutting out from his lips. He ran inside and gathered as many deacons as he could find. When the pastor came in, the group confronted him for smoking in the parking lot. The pastor smiled, pulled his pencil out of his pocket, and put it in his mouth.

Even if we have the facts — even if we’re eyewitnesses — we can be wrong. We’re human, our perception is limited, and we come to every conversation and every event with our own presuppositions based on past experiences. Once we acknowledge this truth, we will be more likely to relate to others with grace rather than with judgment.

Wilfredo “Choco” De Jesús, former senior pastor of New Life Covenant Church in Chicago, one of the largest US Assemblies of God congregations, and General treasurer of the Assemblies of God, is the founder of the nonprofit, Chicago Dream Center, which serves the city of Chicago through residential, outreach, and rescue programs. In 2013 De Jesús was named one of Time magazine’s 100 Most Influential People In The World in recognition of his authentic Christian leadership in evangelical and Latino communities. This excerpt is from Pastor Choco’s new book, Love Them Anyway: Finding Hope in a Divided World Gone Crazy.

This Progressive Pastor, Who Hates Oppression, Preaches Beliefs That are Certain to Create It