‘The Government is not the Provider of All Things’: Nonprofit Helps Homeless Find Jobs, Discounted Housing 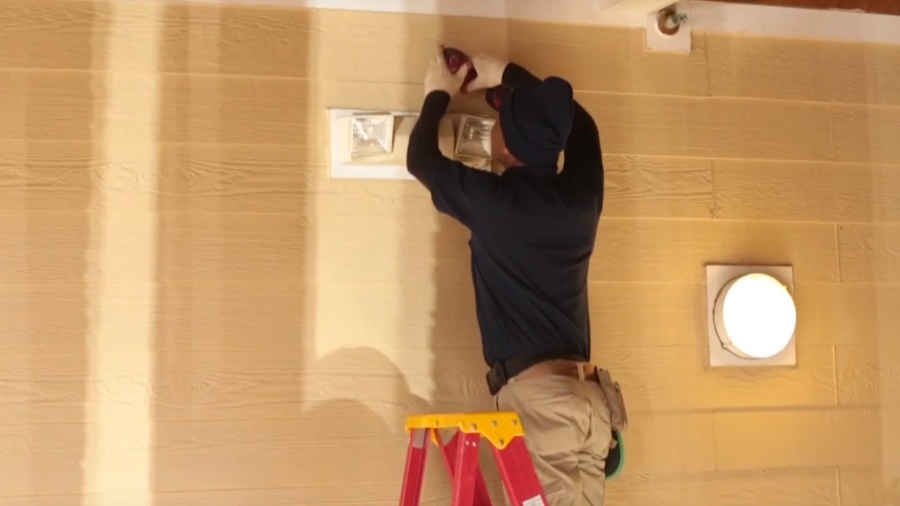 A nonprofit organization that provides jobs and discounted housing to people suffering from homelessness is trying to end the country’s homelessness crisis, and its founder says government funding cannot be the only solution.

The United States’ homeless population has been called a crisis, as seen in cities like Los Angeles and San Francisco, where the pollution caused by human waste has garnered the attention of the Environmental Protection Agency (EPA). The agency sent a letter to California officials Thursday saying the state is “failing” to meet federal water-quality standards.

But Shelters to Shutters — a Virginia-based nonprofit organization that helps people suffering from homelessness find jobs in apartment complexes that offer discounted housing — is making headway in ending the crisis with a “93% success rate of participants not reentering homeless services,” according to its website.

“The government is not the provider of all things,” Shelters to Shutters founder and owner of a multifamily real estate company Chris Finlay told the Daily Caller News Foundation.

“The current government’s solution to homelessness — and this has been inherited — has been ‘housing first’ for years. What they really mean to say is ‘housing only,’” he added in reference to a government program that “prioritizes providing permanent housing to people experiencing homelessness,” according to the National Alliance to End Homelessness.

San Francisco Mayor London Breed called for more resources to bolster housing. Her city experienced over 14% more homeless individuals since 2017, according to a city point-in-time street and shelter count.

“We need federal support and resources to build more housing for people living on the streets. But simply cracking down on homelessness without providing the housing people need is not a real solution,” Breed said earlier in September, according to The Wall Street Journal.

Finlay said such a request would be ineffective, but it is the government’s only real option until new solutions are created.

“That’s the only real response that she has within government programs now,” he said. “We need, as a nation, to look at the policy and identify real, workable solutions.”

He explained that Shelters to Shutters “acts as an interface between local nonprofits serving the homeless and … many of the largest real estate companies in the country.”

The idea behind the nonprofit came after Finlay read an article in Blue Ridge Outdoors magazine in which the editor decided to live homeless on purpose to learn more about people impacted by homelessness.

“In the apartment business and multifamily industry, we’re always looking for entry-level employees. There’s a tremendous need for new employees,” Finlay said, adding that there are probably 200,000 apartment-industry jobs in the U.S.

But that number could be even higher. Market research company IBIS World estimated 852,750 people were employed in the apartment rental industry in the U.S. as of 2019, which it stated has increased “2.1% on average over the five years” since 2014.

Shelters to Shutters partners with local nonprofits to find situationally homeless candidates who “had a job, had some sort of crisis, and now find themselves living on the streets or in shelters or in their cars, and they’re trying to find a job, but they don’t have an address, so it’s nearly impossible.”

Those who participate in the Shelters to Shutters program are hired for positions such as leasing agents, administration assistants, groundskeepers and other general maintenance jobs, which Finlay said probably make up “the greatest demand for working at a property, taking care of resident needs or requests.”

He added that many people who are employed for entry-level jobs through his organization have the opportunity to move up the ladder within a year or two. Many maintenance workers, for example, get HVAC certified and, in turn, “get a nice-sized pay raise.”

Finlay said “one of the first candidates” that Shelters to Shutters found and helped get hired who started as an administrative assistant now works as a property’s assistant manager.

The organization also provides a year of active oversight and case management and requires those who take part in its program to take financial literacy classes, time management classes, and ongoing training opportunities.

“What’s really amazing for me personally is to watch how people flourish and grow and take advantage of the opportunities,” Finlay said. “How difficult it must be to go through the hardship — physically and emotionally — to go from working to living on the street and trying to figure out how you pull yourself out of that.”

The most difficult aspect of running such a business, Finlay said, is breaking down the stigmas related to homelessness and “educating real-estate industries” about the issue.

“It’s inspiring to think what they’ve endured and the resilience they’ve shown to move forward and charge ahead,” he said, giving an anecdote of a “master electrician” with two kids who got laid off while his wife was dealing with a medical issue and lived homeless before turning to Shelters to Shutters for help to get back on his feet.

About 552,830 people were experiencing homelessness in the United States on a single night in 2018, according to a report by the National Alliance to End Homelessness.