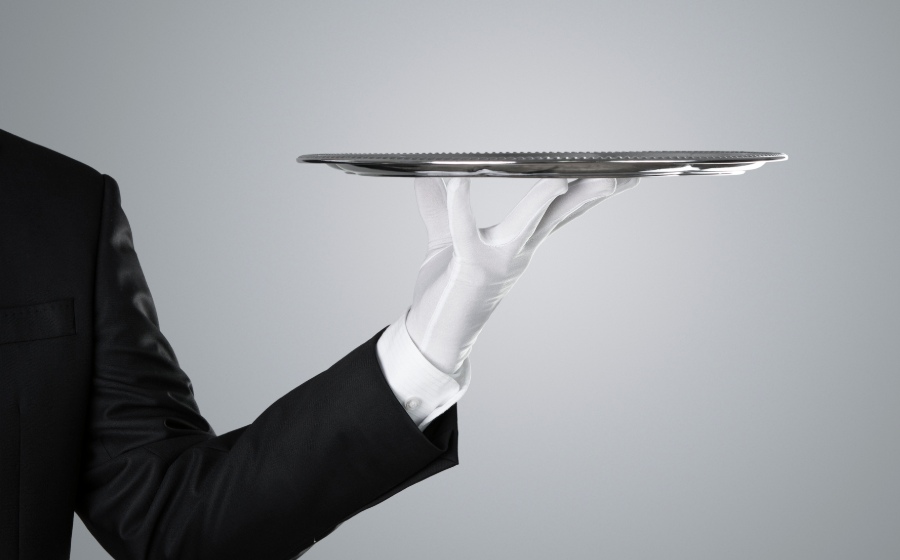 “Nevertheless they will be his servants, that they may distinguish My service from the service of the kingdoms of the nations.” — II Chronicles 12:8

You may be the heavyweight champion of the world,
You may be a socialite with a long string of pearls.
But you’re gonna have to serve somebody.
(Bob Dylan, “Gotta Serve Somebody”)

The most egotistical of us is a servant — like it or not, know it or not. As Dylan rightly said, we all serve somebody or something — ourselves, human opinion, carnal desire, power, money, the list is endless.

We’re born to serve, and we’ve no choice in the matter. What we do choose, though, is who or what we’ll serve, and much of our freedom and general happiness will be determined by that choice.

In the verse cited above, we see that King Rehoboam, himself a ruler, learned this the hard way when he chose who would govern him and Judah.

After a good start as recorded in II Chronicles, he openly rejected God’s law and thereby God Himself. As usual, rejection of divine rule meant withdrawal of divine protection, and Shishak of Egypt attacked and conquered Judah.

Our Boss wants our love first, our service second. How often do you hear that from the man at the top of other companies?

Humbled and frantic, Rehoboam then led Judah in repentance, and God forgave. But with a catch: they would survive, but they’d also be allowed to learn the difference between serving God and serving anything else. “Nevertheless they will be his (Shishak’s) servants, that they may distinguish My service from the service of the kingdoms of the nations.”

It’s as if the Lord said, “You didn’t like working for me? OK, try another employer, and let’s see how he treats you.”

I know this story pretty well, and since I’ve experienced the striking differences between working for God and working for Baal and Co., a few points stand out to me today.

First, God Values the Employee, Not Just the Work

Our works matter, and I’m leery of any teaching suggesting otherwise. Though none of us is justified by good works (Ephesians 2:9), they’re still expected of us (James 2:26) and are a primary means by which our lights shine before men. (Matthew 5:16)

That said, we are more to God than our works, and that alone distinguishes Him from other employers.

Those other guys value you when you perform. He values you regardless. So when Mary and Martha were entertaining Jesus, He commended Martha for all her hosting efforts, but He praised Mary’s desire to commune with Him even more. (Luke 10:41)

Our Boss wants our love first, our service second. How often do you hear that from the man at the top of other companies?

Second, Serving God Builds Us Up. Serving Other Gods Drains Us.

Serving people as a manpleaser will be just as demanding, because the more you try making everyone happy, the more they’ll assume you’re there only for their pleasure.

Serving power may be the most exhausting of all, because it never says, “You’re dismissed.” It always screams, “Gimme!”

Serve the author of freedom and you get freedom’s benefits. Serve a tyrant and you get a tyrant’s terms.

Serving anyone or anything other than God is an invitation to being drained from within and without, because the World, Flesh and Devil are cruel taskmasters who simply can’t be satisfied.

But the more fervently you try serving God, the more energized, joyful, and potent you become. It’s as if the more we strive to please Him, the more rested and refreshed we are. That’s ironic and beautiful.

When Jesus said His yoke was easy and His burden light, He wasn’t speaking poetically or symbolically. (Matthew 11:30)

I’ll bet you can testify to this yourself. When you serve Him, don’t you find He gives immeasurable liberty, calling us to rest before we ourselves know we’re tired — blessing our service in so many ways that, sometimes, it hardly feels like service at all?

It’s amazing, really, how strong we get when we paradoxically are exhausting ourselves for Him. True, we can burn out if we’re not careful, but He’s never the one who exacts that sort of overtime from us.

By contrast, everyone I’ve known who gave herself or himself to something other than God found that the god he or she served made life smaller, more constricted, more helpless. Serve the author of freedom and you get freedom’s benefits. Serve a tyrant and you get a tyrant’s terms.

The other gods are still out there today, posting their want ads and beckoning. I hope experience will remind us, when we consider applying at the wrong company, what the environment was like in the other god’s headquarters — and, by contrast, what the pastures are like when we follow, serve, and love the true Shepherd.

It will, as always, be our choice who we serve. Is it really such a hard one to make?

Seven Ways the Biblical View of Freedom Impacts Our Lives