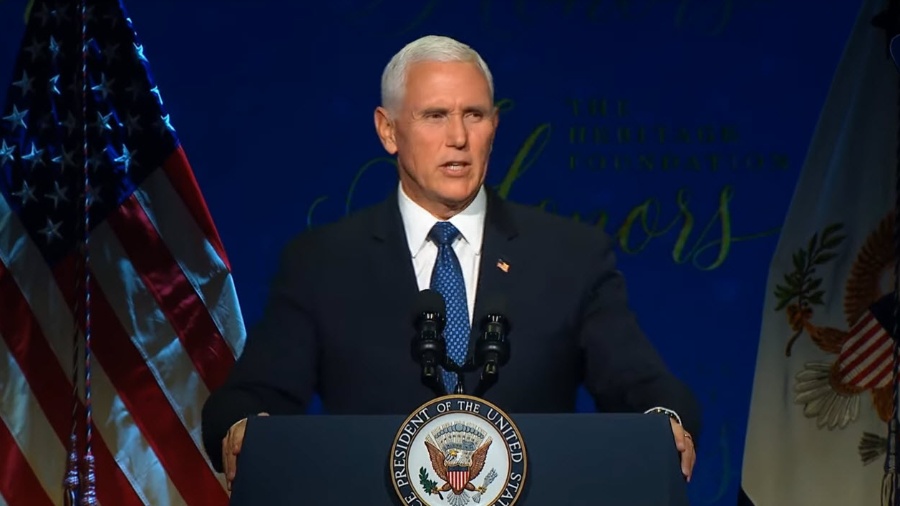 The leftist media and Democrat operatives are squealing that the lawsuit filed by Texas congressman Louie Gohmert, a former judge, is just another desperate attempt to “overturn the election.”

Rep. Gohmert’s lawsuit seeks to clarify the constitutional process for counting the Electoral College votes for president. In the end, it could also solve the century old confusion and ambiguity of what should happen in a questionable election like we are experiencing.

The headlines of a United States congressman suing the vice president appear strange. However, there are several important Constitutional questions raised by the lawsuit that could be addressed and bring some much-needed guidance to our presidential election process.

The Most Important Question

First, if Rep. Gohmert wins the suit, it will mean that on January 6th Mike Pence has the sole authority to accept or reject electors. This could, and should, result in several states having their electoral votes rejected and the House ultimately choosing the president.

This is the most important question raised by Congressman Gohmert’s suit. It focuses on whether Congress can strip a constitutionally granted power from the vice president through a federal law, rather than a Constitutional Amendment.

The answer is obviously “No.” The court should uphold the constitutional power of the president of the Senate to open and count the electoral ballots. This decision would mean the court ruling that the 1887 Electoral Count Act is unconstitutional and invalid. Many believe it’s the most confusing and poorly written statute in history.

There is also precedence for the court to rule in this manner. Al Gore, Richard Nixon and Thomas Jefferson are examples of vice presidents serving as the president of the Senate and unilaterally deciding to accept or reject electoral votes while also unilaterally deciding whether or not to acknowledge objections from members of Congress. Vice President Pence should have the right to exercise this same constitutional authority.

Second, Rep. Gohmert’s suit seeks to clarify the specific roles of both the House and the Senate in the process of choosing the president. While the mangled 1887 law purports to empower both chambers with new powers over the selection of both the president and the vice president, the Constitution does no such thing.

If the courts, and politicians like Vice President Pence, do the right thing according to the law and the constitution, they will not only solve this election crisis, they will protect our important election process for future generations.

One Vote Per State

Third, the suit points out the constitutional requirement for the House to choose a president in a very specific way — one vote per state, not a plurality of the 435 members. The 1887 law allowed for a plurality vote of the House to accept or reject electors, completely ignoring that such a process would violate the voting procedure put in place by the founders and enshrined in our Constitution.

All of this begs the question, how did such a horribly flawed law as the Electoral Count Act of 1887 Law ever see the light of day? The short answer is that after dealing with a hotly contested presidential election, that saw Congress deadlocked on declaring a winner, elected officials opted for trying to fix the problems themselves and creating a more politically expedient option.

Where We are Today

That describes the exact same mindset we are seeing today, in both the legislative and judicial branches of our government.

While Democrats in the recent past have pointed out these very issues with our electoral process, do not expect any to agree with Rep. Gohmert’s suit. All of these scenarios that actually follow the Constitution will result in a second term for Trump.

The courts have failed us miserably throughout 2020 by opting for expediency and partisan rulings, rather than the more difficult task of upholding the rule of law and the Constitution.

So, the Vegas odds on this suit succeeding are going to be low, despite it being so obviously correct from a constitutional and historical perspective. But if the courts, and politicians like Vice President Pence, do the right thing according to the law and the constitution, they will not only solve this election crisis, they will protect our important election process for future generations.