Rule Upon Godless Rule: How Not To Repair Our Broken World 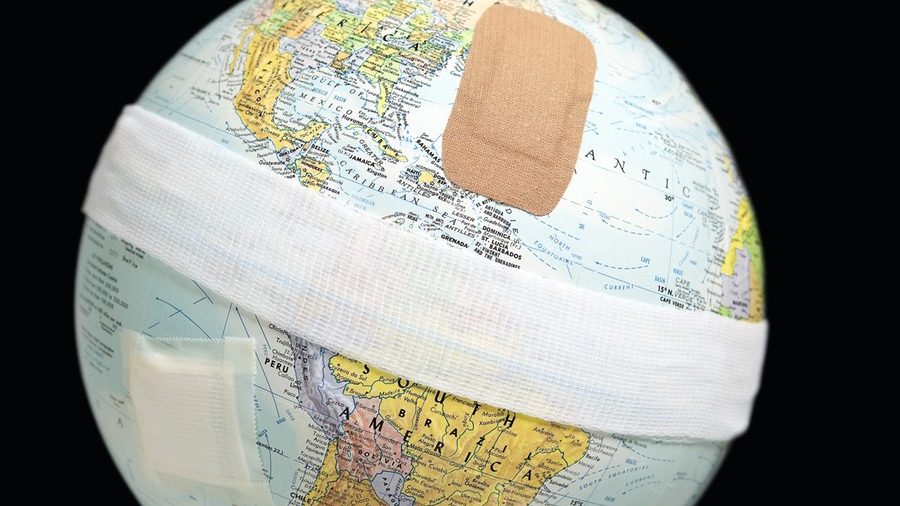 Jack Dorsey, CEO of Twitter, broke a rule this week. A huge one. Maybe an unforgivable one. He ate a meal at Chick-fil-A. During the month of June. Pride month. Now he’s covered in shame for associating himself with “homophonic [sic] bigotry.”

There are so, so many rules these days. Just look at them all! No, just look at some of them; I couldn’t even begin to list them all. Just for starters, though:

Those are some of the easier ones. It gets harder:

And though some are easy for some people to obey, they’re absolutely impossible for others:

The Wrong Way to Patch Up a Broken World

I’ll credit them with this: Every rule here is someone’s earnest attempt to patch up a broken world. By now, though, it’s become patch upon patch. The first patch doesn’t hold, so they slap another one over it. First it was appreciating other ethnic groups. Then it was giving honor to all kinds of sexual identities and orientations. Then when that wasn’t enough it was “intersectionality.” See how it works? Patch upon patch upon patch.

It’s a patchwork mess, and it will never heal the wounds of the world. Check out its track record: Are we getting along better? Are we happier? Not so you’d notice it — even though many of the rules are really quite good. (Not so much the ones I put on my list here, but there are others that are.)

1. These Rules Try To Be Absolute in a World With No Absolutes

“Who are you to tell me what’s right or wrong for me?”

In other words: You shall not try to define anyone else’s morality. It’s not just that questioning transgender rights (for example) isn’t allowed. It’s that it’s wrong — shamefully wrong. It’s something no decent person could even think of doing.

That’s just the first problem. It gets worse.

2. These Rules are Shame-Based

Ask any mental health professional, and they’ll tell you guilt can lead to growth, but shame is unhealthy. Researcher Brené Brown, a leading expert on the topic, says, “Shame corrodes the very part of our soul that believes we are capable of change.”

“Shame corrodes the very part of our soul that believes we are capable of change.” — Brené Brown

I’m a white male American, I’m not gay and I’m not transgender, and the rules say there’s something wrong with me for that. It isn’t something I’ve done, so I’m not guilty — but by today’s rules, I’m supposed to feel shame. I’m supposed to do penance for it by “checking my privilege” and confessing my prejudices. But notice what’s going on in this one:

[I whispered] I’m a white guy

As I was working on this Keynote, it slowly dawned on me that I was being asked to present on empowering the vulnerable and promoting the identity of the oppressed as a …

And even more so, a white guy from the United States

I am being asked to focus on a topic that many recognize — in my opinion correctly — that those who share my identity actually contribute to the disparities and disproportions common in our society.

He wasn’t confessing what he’d done. He was confessing his identity. That’s shame in action.

Guilt can lead to restitution and recovery of relationships. It can motivate people to change and improve. Shame paralyzes instead. Many of these rules are shame-based. They’ll never heal our broken world.

3. These Rules are Impossible

Let’s state the obvious: Some of us just can’t follow the rules not to be white, male or American. We bear that shame. There’s no way out of it. But that’s not the only impossible patchwork rule. Take the one I listed above about cultural appreciation and appropriation. Maybe there’s a way to walk a thin line between them, not breaking either of them one way or the other. But I doubt anyone can do it for long.

Even the ones that seem do-able on the outside aren’t always possible on the inside where it really counts. Tolerance? You can “tolerate” almost anyone on the outside. Inside, though, don’t you sometimes admit to yourself you really don’t like what they’re doing?

A world where everyone gets along on the outside is a world of surface relationships. It fails to satisfy the inward soul. It’s fragile, too, because what’s on the inside is bound to come out sometimes. When it does, it’s not pretty.

Grieve for the Rule-Makers and Their Followers

We can give credit to today’s rule-makers (whoever they may be) for trying to patch up a broken world — except for one huge thing: This world needs more than patches. I grieve for the poor secularist who thinks this is how to repair our broken world. The motive might be laudable, but the doing can only lead to failure and frustration.

Because these rules won’t work. I fear we’re going to have to prove it through experience; I pray that when that happens, the makers of these rules, and the ones who follow them, will learn there must be a better way. Which of course there is, but I’ll save that for next time.