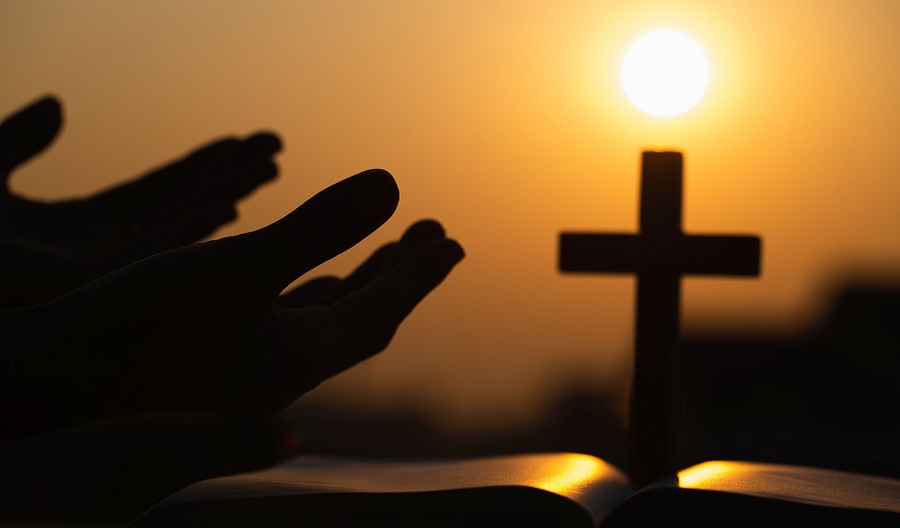 “I’ve won world championships. I’ve driven the best cars. I’ve been in the best houses. I’ve hung out with celebrities,” Kevin Malone, former general manager for the LA Dodgers, told The Stream. “Nothing compares to that communion, to being with the Lord and being in His presence. So that’s why we made the movie. We wanted people to know this God, that He is real, that He is faithful, that He is in the miracle business, that He does heal.”

Kevin made a documentary about his son’s substance abuse. The Shawn Miracle, a 21-minute film, is presented free of charge. It tells the story of how Shawn made it through a life-threatening drug overdose and how his parents prayed through it.

Being a Christian doesn’t mean life is without difficulties. “[It] doesn’t mean that everything’s perfect, we’re going to be problem-free,” said Kevin. “But He promises to be with us during those difficult times and help us get through them and give us the wisdom and the peace and the guidance that we need through those challenging times.”

Kevin realized that Shawn was doing drugs and using alcohol when Shawn — the valedictorian — was in high school. His using drugs and alcohol only intensified when he attended the University of Southern California. Still, he received As and Bs and had a GPA of 3.23.

When Shawn was a senior at USC, he went out with his college friends and overdosed. “That morning I found him, he was struggling to breathe,” said Kevin. He called 911. “They said that all his vitals were shutting down, that it didn’t look good. They didn’t think he was going to make it.” Four days later, the hospital told Shawn’s parents that he was brain dead. They advised the family to pull the feeding tube, which would starve Shawn to death, “because if he ever work up out of this coma, he would be in a vegetative state and he wouldn’t want to live like that.”

The doctors laughed at the idea. “So, they basically kicked us out of that hospital because they couldn’t help him.”

Another Hospital, the Same Story

Shawn moved to another hospital in Los Angeles, which essentially did the same thing. “After a week or 10 days there, they asked us to leave.” Finally, Shawn was transported to a traumatic brain injury hospital in Englewood, Colorado.

Shawn’s parents prayed for their son, concerned that he didn’t have a relationship with Jesus. Marilyn prayed that if Shawn knew the Lord, God would take him home. “‘If not, we need a miracle because he needs to come back to get to know you.'”

Shawn — who had a stroke due to the overdose — was at the Englewood hospital for about a month when he woke up. He’d been in a coma for 60 days. “God brought him out of his coma.” When Shawn came out of the coma, he was legally blind and couldn’t walk. He also had a hard time talking. Shawn had therapy for an additional five months. He now works out and runs five miles a day.

Francis Chan, the family’s former pastor and close friend, spoke in the documentary. “The physical story of Shawn is great, but I think the spiritual story is so much greater — and way, way more important.”

“He didn’t know the Lord, he didn’t have a relationship with Jesus,” explained Kevin. “He knew of Him, but wasn’t following Him.” After he woke from the coma, he committed his life to Jesus. “He asked the Lord to forgive him. He repented and he’s been following Jesus ever since.”

Shawn, now 30, has not relapsed since the incident. He has a real estate license, helps his father fight human trafficking through their organization the United States Institute Against Human Trafficking and shares his testimony and the Gospel when presenting the documentary to audiences. More important, he spends lots of time praying and fasting and serving the Lord. “He’s still trying to figure out the ultimate calling,” said Kevin. “[H]e seeks God and waits for God to show him … what God wants him to do with the rest of his life.”

Telling the story brings back tough memories. “It was painful to relive it,” said Kevin. “But we felt like there was nothing more important than magnifying the name of God, putting Jesus on display and letting the world know that He is real, that He is genuine” and that there is victory over failures. “So, we just wanted to bring hope. … That’s why we made the movie, to glorify God and help people and point people to Jesus.”