Fun Triggers the Stasi: Cancel Culture and The Everlasting Man 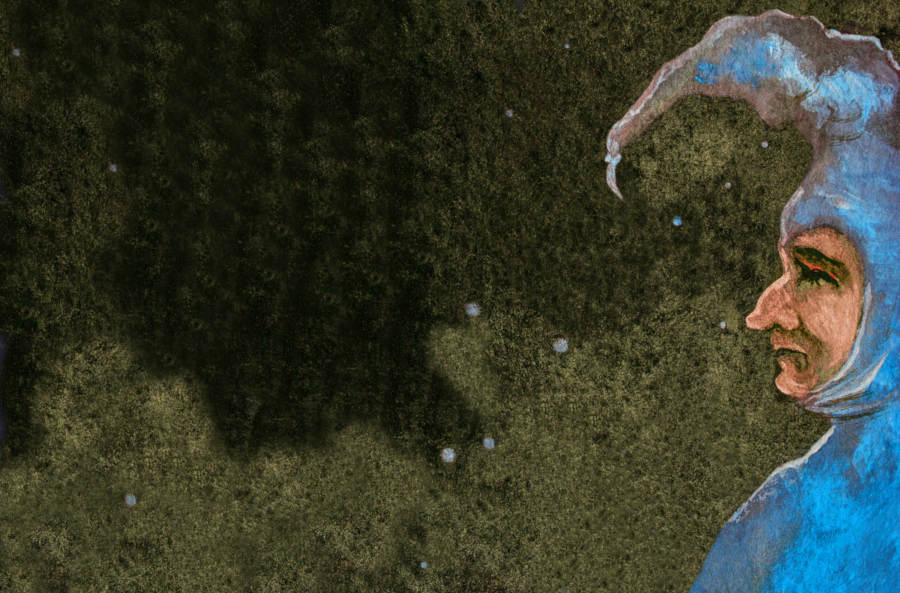 G.K. Chesterton’s The Everlasting Man is one of the greatest works of Christian apologetics. The book, first published in 1925, takes in the entire scope of human history and finds … Jesus Christ at the center of it all. It is a complex book. It is also brimming with joy and the thing that is most missing today. The Everlasting Man is fun.

I came across this classic while researching a book project about the Reagan years. I had read Can’t Slow Down: How 1984 Became Pop’s Blockbuster Year. It’s a chronicle of the brilliant, effervescent and joyful pop music of the time, from Michael Jackson to The Pet Shop Boys and Blondie. Page after page, the book details an era that can be well described as fun.

We Are Tired of the Good

Have we become weary of the Good? Chesterton scholar Dale Ahlquist argues that without God, modern men

How the Left Went Sour and Pharisaical

I had been a teenager and then a college student in the Reagan era. It turned out to be a final explosion of fun against the punitive liberalism that had risen in the 1960s. The phrase “punitive liberalism” comes from James Piereson’s remarkable book, Camelot and the Cultural Revolution: How the Assassination of John F. Kennedy Shattered American Liberalism.

Piereson argues that from around 1900 up until the 1960s, liberalism was largely a doctrine of maintaining government programs and slowly expanding freedom and equal justice for all. Institutional liberalism wasn’t Utopian or violent. Adlai Stevenson and John F. Kennedy-style liberals shunned the radicalism of the Communist-infiltrated Progressive movement. Indeed, by comparison, pro-American liberalism could even be considered conservative.

This liberalism, argues Piereson, was competent, patriotic, often anti-Communist, and accomplished good things. Still, over time it became such a dry and programmatic philosophy that it was missing something vital: the human soul, and fun. Liberalism saw little role for God and less and less room for the complexity, excitement, unpredictability, and tragedy of life.

Who Killed the Kennedies? After All, Was It You and Me?

This is why 1950s liberalism earned criticism from the left as much as from the right. Piereson cites the liberal intellectual Lionel Trilling and his 1950 book The Liberal Imagination. Trilling wrote: “The world is a complex and unexpected and terrible place which is not always to be understood by the mind as we use it in our everyday tasks.” As Piereson elaborates, “liberalism … because of its programmatic focus and near exclusive emphasis on politics, lacks an imaginative dimension that might give it a better sense of the richness and complexity of life.”

When John F. Kennedy was killed, that trauma launched the slow displacement of liberalism by a violent, anti-religious, paranoid, anti-science and Utopian new movement. America was to blame for Kennedy’s death, and countless other crimes. It should be shamed and made to pay.

When We Are Fully Woke, We Will Not Crave Fun

This new, punitive liberalism has become the religion of our elites. Now that it holds power, we see its true face in our Stasi media and socialist politicians. With its censorious cancel culture, race obsession and policing of speech and “cultural appropriation,” the ruling ethos is utterly joyless. There is, as the old punk rock phase put it, “no fun.” 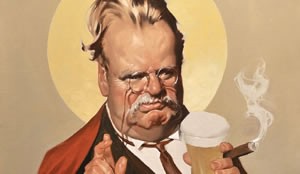 Digital devices have robbed us of the mysticism of the natural world. Pornography has stolen the delight of love. Our politics have become vicious and personal, particularly the idiotic 2020 riots in city streets by America’s angry, illiterate young. Our popular music celebrates the self and “empowerment,” not the great joy of being overwhelmed by love.

In The Everlasting Man, Chesterton’s exhilarating, challenging prose carries a thrilling current of euphoria. His opening section, “The Man in the Cave,” observes that while science tried to portray our prehistoric ancestors as club-wielding simians, the ancient cave paintings discovered in France reveal our earliest ancestors as artists:

This secret chamber of rock, when illuminated after its long night of unnumbered ages, revealed on its walls large and sprawling outlines diversified with colored earths; and when they followed the lines of them they recognized, across that vast void of ages, the movement and the gesture of a man’s hand. They were drawings or paintings of animals; and they were drawn or painted not only by a man but by an artist. Under whatever archaic limitations, they showed that love for the long sweeping line or the long wavering line which any man who has ever drawn or tried to draw will recognize; and about which no artist will allow himself to be contradicted by any scientist. They showed the experimental and adventurous sprit of the artist, the spirit that does not avoid but attempts difficult things.

We are more than our race, sex, or political party. We are souls. The Everlasting Man is an account of how those souls, and how they belong to God … Who is freedom and love itself. Chesterton opined:

It would be vain to attempt to say anything adequate, or anything new, about the change which this conception of a deity born like an outcast or even an outlaw had upon the whole conception of law and its duties to the poor and the outcast. It is profoundly true to say that after that moment there could be no slaves.

Today America seems nothing more than a collection of slaves — people enslaved by politics, narcissism, outrage, and drugs. It’s AOC’s world now. We just live in it.

As I was finishing The Everlasting Man, I experienced a charged spiritual moment. It was late at night, and the 1980s classic “Love Comes Quickly” by the Pet Shops Boys came on the radio. Suddenly, I was transported to a different time: the America of the Reagan years. It was a place where people not only accepted tragedy, but welcomed and celebrated beauty. It was a time that was challenging, yes, but also coursing with fun. We had not yet grown weary of joy.

Why Talk Show Host Dave Rubin Walked Away From the Left