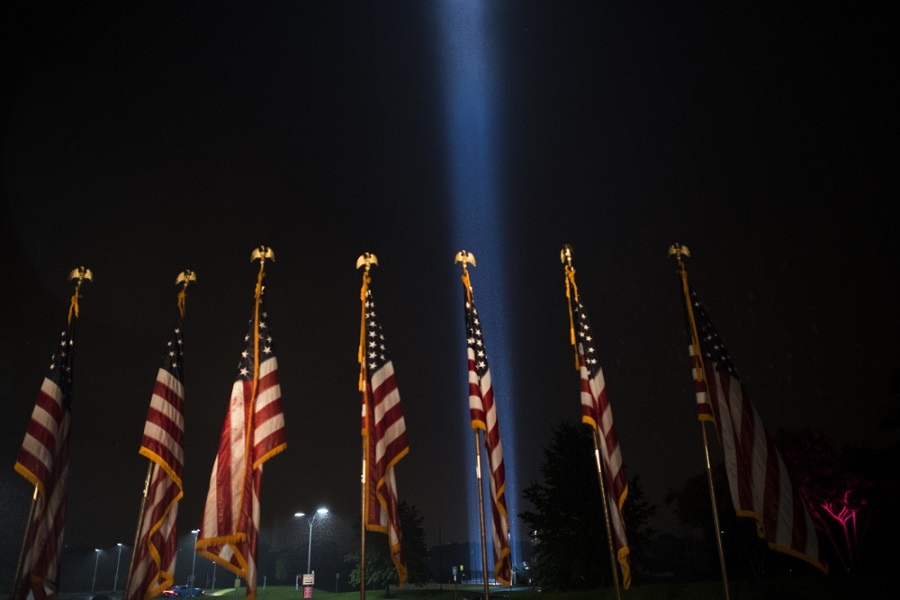 Twenty years ago this weekend the world stood still in a state of total shock. Terrorists had flown two airliners into both towers of the World Trade Center. It was a direct hit on symbols representing the United States’ economic strength. A third plane slammed into the Pentagon, which represented our military power and security. Another airliner was brought down short of its intended target by truly brave passengers.

Americans were moved into action with bold attempts to rescue precious lives and many lost their own. Frightened and panic-stricken people ran out while brave and compassionate first-responders ran in. America’s true greatness manifested. People united and prayed together and sought God. Even a divided Congress came together in public prayer on the Capitol steps.

The visible humility, unity, and open, passionate prayer vigils seemed to disappear far too soon. The division among leaders has deepened. I pray God’s people and all concerned Americans will come together at this time seeking God because it is so obvious we need His wisdom. I trust it will not take another horrific attack or total collapse to bring us to our knees.

The numbers were both startling and staggering. Just last week, the remains of two World Trade Center victims were identified through DNA. The remains of over 1,100 have never been identified, though their names are known and not forgotten. The total number of people who died that day was 2,992.

While we remember the pain and horror associated with the pair of numbers “nine” and “eleven,” there are two numbers that we must not forget, for they bring us healing from the past, peace in the present, and hope for the future. They are the numbers “three” and “sixteen.”

Consider these scriptures. Whatever may come, these truths will prevail.

1 Corinthians 3:16 — “Don’t you know that you yourselves are God’s temple and that God’s Spirit lives in you?” God’s presence prevails.

Colossians 3:16 — “Let the word of Christ dwell in you richly as you teach and admonish one another with all wisdom, and as you sing psalms, hymns, and spiritual songs with gratitude in your hearts to God.” God’s word prevails.

2 Thessalonians. 3:16 — “Now may the Lord of peace himself give you peace at all times and in every way. The Lord be with all of you.” God’s peace prevails.

1 John 3:16 — “This is how we know what love is: Jesus Christ laid down his life for us. And we ought to lay down our lives for our brothers.” God’s love prevails.

There’s one more that I think you may already know: John 3:16 — “For God so loved the world that he gave his one and only Son that whoever believes in him shall not perish but have eternal life.” God’s Son prevails.

Our Only Hope On the Worst of Days

The truths of 3:16 prevail over the horror of 9/11. We must never forget the evil that took place that day but we must never forsake the God who prevails over all evil. His truth and His life drive out all loneliness, foolishness, fear, and hatred. Our only hope is through His son, Jesus Christ, who redeems, restores, and rebuilds — even on the worst of days.

Teaching 9/11 to the Emerging Generation