With her Christian faith present from start to finish, new biopic Harriet overcame low awareness and some backlash to shine at the box office. 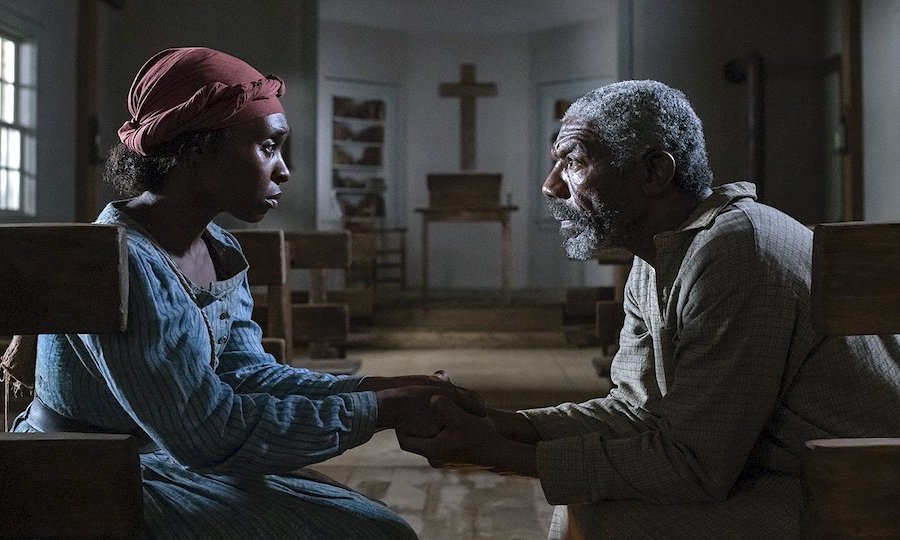 Hollywood keeps finding out that engaging true stories that explore characters’ faith rather than sidestep it find an audience.

A biopic of Harriet Tubman that recounts her heroism during the Civil War era, Harriet earned a reported $11.7 million at the U.S. box office.

“Audiences have been unanimous for their love of this film,” said Focus Features distribution president Lisa Bunnell.

“[It’s] the story of one woman’s strength that literally changed the world we all live in today. Harriet has become an event for friends and families going to see it together.”

Harriet landed behind Terminator: Dark Fate, Joker, and Maleficent: Mistress of Evil. And it should be noted that produced for $185 million, the sixth Terminator entry taking in just $29 million on opening weekend made it one of the year’s biggest bombs.

Strong word-of-mouth from churchgoing audiences may have helped catapult Harriet over its rivals on Sunday.

Meanwhile, indie documentary No Safe Spaces featuring Dennis Prager saw success as it expanded to 11 screens. Wide release is planned for the next two weeks.

Faith leaders have decried other current films due to explicit content and thematic concerns.

“Screenwriter Linda Woolverton scripted both live-action Alice in Wonderland films as well as both Maleficent films,” he wrote. “[She] is nothing if not committed to her project of woke revisionist Disney fairy-tale remakes.”

Meanwhile, Harriet presented an historically accurate picture of female empowerment. Faith and family motivate the young African American woman to liberate herself, then return to help dozens of loved ones journey north.

Tubman ultimately freed over 70 formerly enslaved people through the Underground Railroad, and hundreds more when leading a Union Army regiment during the Civil War.

Decades in the Making

Ironically, the movie that became Harriet got its start as a Walt Disney Pictures release in the 1990s. Prior to his success with Remember the Titans and Ali, screenwriter Gregory Allen Howard crafted the first draft of Tubman’s dramatic life story.

“What I wanted to do was make history exciting,” said Howard, credited as co-writer and producer on the new film.

“This was a story about a slave girl who had a vision, and that vision inspired her to do something that no one else had done.”

Though initial reaction to the script was positive, executives sensed the timing was not right. “There was nothing like it at that time,” he continued.

“Those weren’t the movies they were making then. What I was really waiting for more than anything else was for the climate to change.”

He and producer Debra Chase kept the Tubman project alive for over two decades.

Concurrently, the two producers connected with writer/director Kasi Lemmons. Known for smaller indie films, Lemmons laid out her vision for an action-adventure film … with Tubman’s faith at the forefront.

“She felt that she was guided and directed by God,” said Lemmons. “It becomes a Joan of Arc story. She moved through her fear, and she fought and led her own revolution. That revolution led to the abolishment of slavery.” Lemmons spent the past two years working to realize her vision for Harriet.

After seven months of historical research, she revised Howard’s script to draw out details of the fortitude and leadership lived out by Tubman.

“Several historians were involved,” said Lemmons in an interview.

“By the time we went into production, we had a Civil War consultant, an agricultural historian, two African American history professors as consultants, and Kate Clifford Larson, who is one of the premier Harriet Tubman scholars.”

However, the casting became one of several points of contention. Erivo hails from Britain, and some observers took offense that an African American actress didn’t land the part.

A group representing black American descendants of slaves, using the hashtag #ADOS, came out strongly against the film. By release weekend, the vocal activists had adopted #NotMyHarriet as their message.

Black Christian commentator Roland S. Martin was not having any of it. “It has taken decades to make the movie,” he tweeted. “But I’m supposed to roll with #NotMyHarriet? Hell to the naw.”

So a Black woman @kasi_lemmons directed @HarrietFilm. A Black woman @DebraMChase produced it. A Black woman @CynthiaEriVo stars in it. It has taken DECADES to make the movie, but I’m supposed to roll with #NotMyHarriet? HELL TO THE NAW. 1/2 https://t.co/AHCxkujOAR

“To all of you #NotMyHarriet folks: @HarrietFilm scored an A+ in CinemaScore,” said Martin, citing the leading measure of movie viewer experience. “Your ‘movement’ is one big dud.”

To all of you #NotMyHarriet folks: @HarrietFilm scored an A+ in CinemaScore and 99% Audience Score on @RottenTomatoes. And @boxofficemojo says it will likely do $10.5M opening weekend. Your “movement” is one big DUD. https://t.co/GexQdzbtSD

The film portrays the complex role of Christianity in America during this era. It opens with Reverend Samuel Green preaching to his enslaved brethren, with their owners standing by. His sermon centers on doing one’s task with a happy heart.

“He would have had to preach ‘obey thy master’ to his congregation,” said Larson. “White overseers would have been in the church monitoring what he was saying. Yet, in private, he was acting entirely different.” The minister later conceals freedom seekers in a hidden basement.

“Just north of here where Tubman emancipated herself, there are a lot of Quakers,” said Crenshaw in an interview. “If you were Quaker, you couldn’t own an enslaved person. So they would help out on the Underground Railroad. They would give money, provide shelter, and promote the cause.”

Watch Angela Crenshaw in the videos below. Rated PG-13 for thematic content, violence, and some language (including racial epithets), Harriet is now playing in theaters.