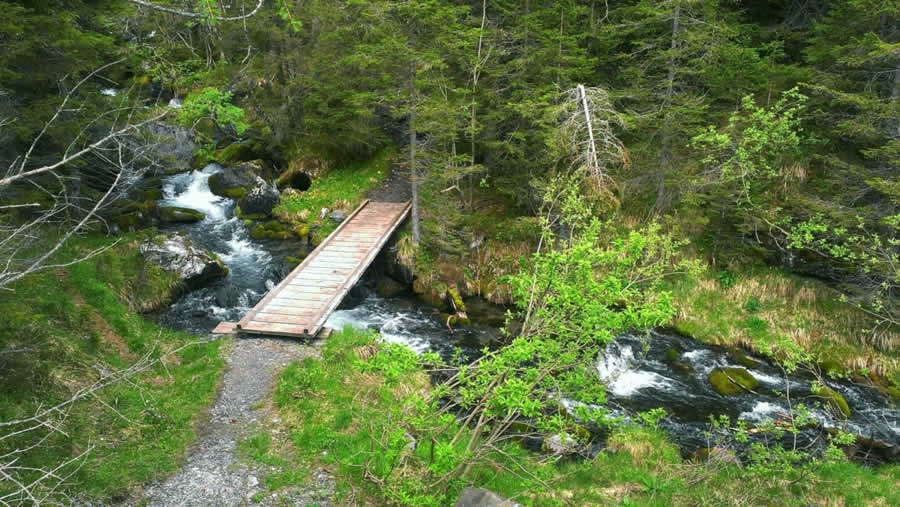 There is no single “Christian” view of climate change. Why? Because it involves a bundle of diverse claims about science, economics, the earth, and so forth, on which Christians may disagree.

That doesn’t mean there are no good arguments one way or the other. And since so much hinges on the question, any thoughtful Christian should take a hard look at the evidence for human-induced global warming (which could lead to climate change).

Unfortunately, the frenzy around the topic means we have to use discernment when sifting data from assumption, and truth from propaganda. So, let’s do that.

The Christian View of the Environment

Before talking about climate change, we should remind ourselves of some truths that all Christians (should) agree on.

First, this is God’s world, not ours: “The Earth is the Lord’s and all that is in it, the world, and those who live in it” (Ps. 24:1). Although we may own property, God holds the ultimate title on everything.

Second, when God created human beings as his image bearers, he commanded us: “Be fruitful and multiply, and fill the earth and subdue it; have dominion over the fish of the sea and over the birds of the air and over every living thing that moves upon the earth.” Genesis 1 speaks of “dominion,” not “domination.” The Bible is describing the rule of good stewards who represent the good God to the rest of his creation. As stewards, we’re responsible for how we treat and use it. We’re part of God’s good creation, as well as its crowning achievement. “God saw everything that he had made,” says Genesis, “and indeed, it was very good” (1:31).

Christians can agree on these five basic truths, before we start thinking about climate change or that environmental issue.

Third, God means for us to transform the natural world around us for good purposes. Adam and Eve were put in a garden before the fall and told to “tend and watch over it” (Gen. 2:15). Working and transforming the earth is part of God’s blessing. It’s not a curse. Work and change did not arise from our fall into sin. The fall simply turned work into toil, since the ground would resist our efforts to cultivate it.

Fourth, the world is good, but it’s now fallen. “The creation was subjected to futility,” Paul says, “the whole creation has been groaning in labor pains until now” (Rom. 8:20, 22). As fallen creatures in a fallen world, then, it’s no surprise that we can mess things up. We can and do pollute. We can and do act irresponsibly, ignoring the unintended but bad consequences of our actions.

Fifth, we can’t build God’s kingdom on our own, but we can make a difference for good. As Christ foreshadows the kingdom to come, so, too, does the work of his body — the Church. Caring for God’s creation, or at least the tiny portion we can affect, is one of our responsibilities.

Christians can agree on these five basic truths, before we start thinking about climate change or that environmental issue.

So, back to our topic. What about climate change?

It’s complicated, but the basic outline is easy to grasp. The central claim is that human beings, by releasing carbon dioxide and other greenhouse gases into the atmosphere, are warming it. That, in turn, will lead to catastrophic climate change. And if we don’t do something about it soon, it will be too late.

However you judge it, the claim bundles together issues that we need to consider one at a time.

There are at least four questions you can ask about global warming:

Based on current evidence, to the first question I would answer: “Probably.” That is, we’re probably in a slight warming trend, if you pick a popular baseline of, say, 1870. Despite what you’ve been told, this is the only question on which there really is a scientific consensus. There’s plenty of debate and no consensus on the other stuff.

By the way, we’re actually cooler now than in the year 1000, so which baseline you pick makes a big difference. In a trivial sense, though, the climate is “changing” — the earth’s average temperature is increasing right now. I say this is trivial, because we know from natural “data recorders” like ice cores that the earth’s climate is always changing. In fact, the last several thousand years of recorded human history have been strangely mild. The changes we are now experiencing are well within the known natural variations in global climate.

Are We Causing It?

Remember, with predictions of future climate change, almost all the work is done by the assumptions plugged into the computer models, not by direct evidence of what’s causing warming, or of how warming will lead to other changes.

What’s more, almost all the favored computer models have been running hot. That is, they have predicted about double the warming that we’ve actually observed. Why’s that? Because they assume that the various feedbacks will amplify the warming that could be expected by carbon dioxide alone. By itself, adding more CO2 to the atmosphere will have less and less effect. In fact, to add about one more degree centigrade of warming, we would need to keep doubling the amount of carbon dioxide.

The extreme warming predicted by alarmists is based on assumption, not evidence — which become more out of step with each passing year. That’s why no alarmists predicted the lack of warming from 1998 to 2016.

But there’s still the question, Are we causing most of the warming we do see? Right now, the prudential answer to that question would be: “We don’t know.”

What about question three? Do we know that global warming would be bad overall? No, we don’t. It might lead to droughts in some places, but to warmer, wetter, more productive weather elsewhere. The total might be a net gain.

We know that, within limits, warm weather is better than cold weather — that’s why most Canadians live close to their southern border with the United States. (It’s not because they love Americans.) And we use less energy in warm weather than in cold. Even the recent U.N. report on climate change concedes that moderate warming in the near future will be more good than bad.

So, we have no reason to assume that some warming would be bad.

We don’t know what the best average global temperature is. So, for all we know, moderate warming is good rather than bad.

Recent estimates point in that direction. A decade ago, Bjørn Lomborg calculated that about two hundred thousand people die in Europe each year from extreme heat, but that extreme cold contributes substantially to 1.5 million deaths per year. You can’t focus just on the two hundred thousand, as is the custom in almost every story about the harm of warming. You have to weigh those deaths against the 1.5 million.

Another study suggests that human carbon dioxide emissions could be preventing an overdue ice age.

Neither of these proves long-term warming would be better than cooling on balance. But these are just the sorts of factors that any serious judgment on the issue will have to take into account.

In any case, we don’t know what the best average global temperature is. So, for all we know, moderate warming is good rather than bad.

Finally, remember the economic trade-off. As Jonah Goldberg once put it, “Earth got about 0.7 degrees Celsius warmer in the twentieth century while it increased its GDP by 1,800 percent, by one estimate.” Even if we caused all the warming, that’s a great bargain.

What about question four? Is it obvious that reducing carbon dioxide emissions in the United States, for example, would make much difference? No, it’s not. Take the Kyoto Protocol, which required participating countries to reduce annual emissions to 5.2 percent below 1990 levels.

The official estimate is that such a reduction would slow current warming by an undetectable 0.07 degrees centigrade by 2050. In other words, it wouldn’t do squat, but it would cost a lot. To comply, the estimated cost to the worldwide economy would be between $10 trillion and $50 trillion. Imagine what it would cost to reduce carbon emissions by 80 to 90 percent without benefit of a new form of energy.

In contrast, the economists who form the “Copenhagen Consensus” estimated that it would cost about $200 billion to outfit the rest of the world with water-sanitation capacity, which is 50 to 250 times cheaper than the estimated cost of Kyoto. Unless we’re interested in practicing random acts of piety that don’t do anything except squander money that would be much better spent elsewhere, we should be skeptical of the Kyoto Protocol and other similar attempts to restrict carbon emissions by fiat.

Kyoto has ended, and the U.N. is now touting the Paris Climate Accord, will also calls on nations to reduce carbon dioxide emissions. Bjørn Lomborg has analyzed this as well. If every country that has signed the agreement does what it says, the result will be … pretty much nothing:

If all nations keep all their promises, temperatures will be cut by just 0.05°C (0.09°F). Even if every government on the planet not only keeps every Paris promise, reduces all emissions by 2030, and shifts no emissions to other countries, but also keeps these emission reductions throughout the rest of the century, temperatures will be reduced by just 0.17°C (0.3°F) by the year 2100.

This is not cooling. It’s just a slowing in the rate of warming — by four years. And this is based on the assumptions adopted by the U.N. panel on climate. Even so, the chances of this happening are close to zero. And once again, the costs would be enormous: one to two trillion dollars a year! That’s a $100 trillion price tag to delay conjectured warming by four years. All-pain-almost-no-gain is the essence of a stupid policy.

Where Does This Leave Us?

In light of all this, I think the best bet is to avoid groupthink, stay open to the evidence, be a good steward of God’s gifts, and don’t spend too much time worrying that driving a car is going to burn up the planet.

For more on how to think clearly on this issue, see here.

This article is part of a new Stream series called Foundations. As we approach this year’s election, it appears that the most fundamental principles upon which the American republic was founded are being called into question. Foundations is a tool for pastors, teachers, leaders and all people of faith to learn why, from a Biblical view, we should continue to support the Constitution — with an emphasis on the First and Second Amendments, and wise policies that promote freedom. Visit the Foundations page to see all the articles in this series.