Once ranked by Barron's as the #1 trader, Charles Mizrahi pushes back on the idea that capitalism is America's problem, says capitalism is based on biblical values. 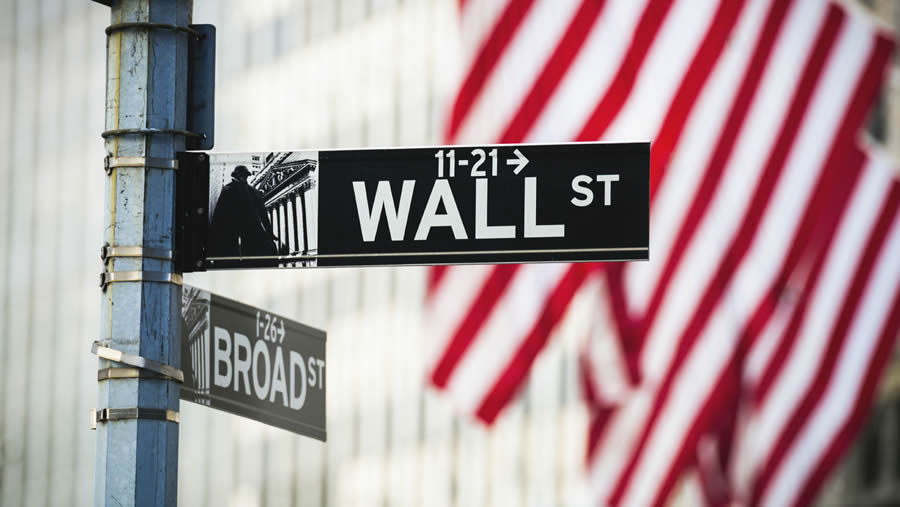 “Wealth is not bad. It’s what you do with the wealth that is the key,” former Wall Street trader Charles Mizrahi, once ranked #1 by Barron’s, told The Stream. “You use the wealth in order to promote and to build a more ethical, just society.” Charles, who worked on Wall Street for 37 years, wonders how people can consider socialism when capitalism has proven it works to build wealth — for anyone. And the wealthy help the poor in more ways than one.

Charles’ grandmother used to say that rich people were her friends. “The rich people … are going to support the schools. They’re going to want to give to charity. They’re going to be the ones to give jobs. They give much more than they take. And why people don’t get that? That’s an issue that I just don’t understand.” Now he’s giving free advice this month through his American Prosperity Campaign to help mainstream Americans understand how to build wealth.

“It doesn’t make any sense to me. We’re the richest, greatest country God ever gave on this planet and we have people complaining — children of affluence also complaining — about all the great things that are in this country, all the great opportunities.” Charles’ own grandparents came to America in the bottom of a ship — and they could barely pay for steerage. “And they built a life for themselves. No one helped them because this was the land of opportunity.”

He tells people to wake up. “You’re living in the greatest country, in the greatest time in history. Your grandparents would have given their right arm to have the creature comforts you have.” He points to air conditioned homes, vaccines and antibiotics. Many people today would not have survived illnesses or medical problems had they lived a hundred years ago. “Many Americans forgot that and in the richest, greatest country, you have people who feel that they weren’t given enough. … [I]t’s the land of opportunity.” He added, “You’re living in a free and just society with a taxation system that is fair and equitable, in a country that guarantees your liberties and freedom.”

The Biblical Principles in Capitalism

“God is the one that gives you power to gain wealth,” said Charles. And wealth is a blessing to be used to help others. Charles points to Abraham in the Bible. Abraham was one of the wealthiest men of his time. “God blessed him with … everything. … He was extremely wealthy. Wealth is not a bad thing. It’s what you do with your wealth that defines who you are.” Abraham used his wealth to bless others. Charles also points to the children of Israel getting ready to go into Canaan. “God tells them ‘You’re going to go into this land. And I took you out of the wilderness. I gave you manna that your fathers never knew. I tested you and I caused you to prosper.’ Prosper? [That’s] wealth. They had abundance.”

Wealth is meant to help others, a fact that is spelled out throughout the Bible. “Throughout the Bible, you have six agricultural laws that were made for the underbelly of society,” Charles explained. “So, in an agrarian society, you had to take care of those who are less fortunate than you. To be wealthy, to have everything and not to share was to do an injustice, because your point was to help others, to uplift society.” In the book of Ruth, Boaz allowed the poor to collect the gleanings dropped by the harvesters. “Why? They’re for the widow, the poor and the orphan … that was their welfare system. … The point was, you use your wealth, you use whatever God has blessed you with in order to help others.” And according to Charles, anyone in America can work hard and build wealth. He’s now offering free advice on how to do that.

Charles writes his newsletter, Alpha Investor Report, to the Main Street American. He writes it so anyone can understand. If his 80-year-old mom can’t understand it, he changes it. “I’m speaking to her and many of the close to 100,000 people that get my newsletter.” In his newsletter, he provides researched recommendations on stocks. Anyone can have a 30-day free subscription to the newsletter. With the subscription, people can also attend his virtual summit on September 8. A press release states that “this summit and the ones that follow are just one of the many ways Charles is going help millions of Americans take back their financial future in these trying times and rekindle the American Dream.” After the free trial, the subscription to Alpha Investor Report is less than four dollars per month.

Charles is optimistic about America’s future and prays each day for the nation. His last piece of advice? “Don’t throw in the towel. Don’t give up. Don’t give up.” He said if people believe in a just God and America, which started with Judeo-Christian values, then everything will work out. “You know, pray as if everything depends on God, work as though everything depends on you. So, we do our thing [and] God will do His thing.

“Don’t throw in the towel, we faced bigger obstacles. Not only did we overcome them, we’ve thrived, we’ve thrived and we will thrive again. No one ever made money selling America short. And don’t think you’re going to start now.”