"I've tried my whole life to forget about this time," he said. "Auschwitz was a nightmare." 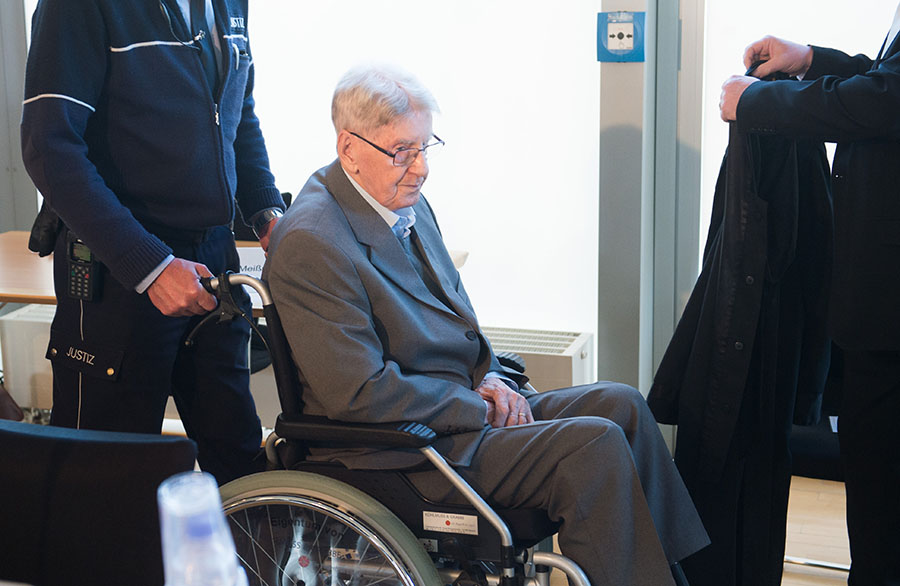 94-year-old former SS sergeant Reinhold Hanning arrives in the courtroom in Detmold, Germany, Friday, April 29, 2016. Henning plans to make his first statement to the German court since his trial opened in February on 170,000 counts of accessory to murder over allegations he served as a guard at the Nazis' Auschwitz death camp.

This article is available to read at the Associated Press Archive Link here: http://www.apnewsarchive.com/2016/A-94-year-old-former-SS-sergeant-told-a-German-court-he-is-ashamed-that-he-served-as-a-guard-in-the-Nazis-Auschwitz-death-camp-and-knew-what-was-going-on-there-but-did-nothing-to-stop/id-77dc91b89cde4ecda26a81309b4f10ed

Three Cheers for the Jewish State of Israel