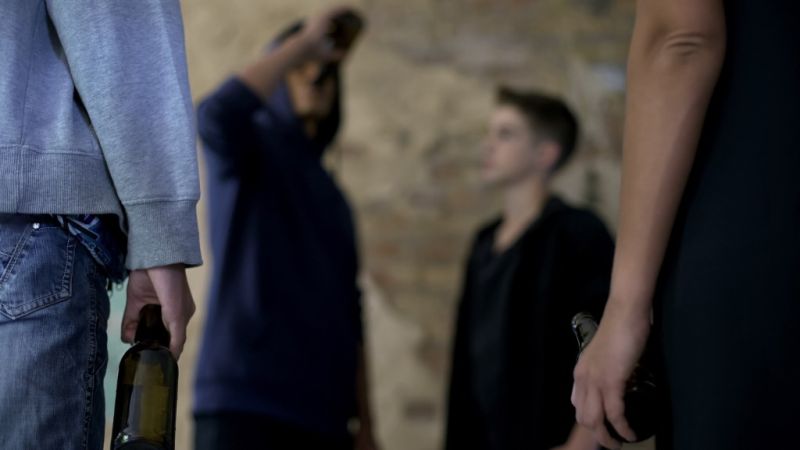 “Show me your friends and I will tell you what you are.” So goes the Spanish proverb. But do our friends make us or do we choose our friends according to who we are? Good question, and one that could be argued either way. One thing is clear: our friends reveal much about our judgment and character.

A fool is someone who lacks good judgment or common sense. You can give them the best advice in the world, and they will ignore it. I once had a college friend who was easy-going, good-natured, and adventurous. He had a great sense of humor, which I thoroughly enjoyed. Generally, my kind of friend.

But soon, he started exhibiting signs of bad judgment. It showed up first with his words, then his actions. He was from another state, so for Spring Break we drove halfway across the country to visit his family. As we planned our mini-vacation, he suggested some things that made me uncomfortable. Things I knew were wrong. I blew off his talk. When we arrived at his house, his parents welcomed me. His father was a pastor and my friend talked a good game around his family. His foolish talk seemed to be just that — talk. After all, we were in college, which means most of us said some stupid things from time to time.

That night, we went to visit a friend of his. That’s when they started smoking something that was definitely illegal. Turned out the only phony talk was what had taken place around his parents. I politely refused to participate in their illicit activity. The next morning, I got up before he was awake, packed my car, and drove a few hours to stay with another college friend. I figured he could find his own way back to school.

He made it back, but the friendship was over. I wasn’t rude, I just quit hanging out with him. I made my share of mistakes in college (no illegal substances!), but his foolishness sent me running away from him. I have no idea where he is now or how he’s doing. I wish him well, but our brief friendship is long forgotten.

We all have lapses in judgment. We all make mistakes. The difference is the pattern. Is foolishness the exception or the rule? Are lapses in judgment recognized as mistakes or defended as “no big deal” or “me doing my thing” or “my truth”?

True friends impart wise counsel. They help steer you in the right direction with sound thinking and proven values. They don’t always tell you what you want to hear, but what you need to hear. They may even confront you or challenge your decisions, but it will always be with your best interest at heart.

That’s not something you will get from a fool. Their reasoning is not to be admired, emulated, or followed. Most of what they tell you should go in one ear and out the other.

There’s a great illustration in nature. Nothing is more terrifying while swimming in the ocean than the sight of a shark fin headed your way. But it could just be a curious or playful dolphin. The most obvious difference between the two is in the shape of the dorsal fin, but that can be hard to distinguish when you are out in the water with them. Another thing to look for is the motion of it. The tail fin of a dolphin is positioned horizontally, meaning it goes up and down to propel it through the water. A shark’s is vertical, so it goes side to side. You likely won’t see the tail above water, but the motion means the dolphin’s dorsal fin usually bobs up and down, disappearing and reappearing. A shark’s fin won’t do that. If it’s swimming near the surface and heading for you, the fin will be consistent. That’s when you panic.

We can all be like dolphins, curious in nature and sporadically bobbing between smart decisions and dumb ones. That’s where wise friends help keep us on course. Sharks are consistently foolish. They won’t heed good advice. Wise counsel is wasted breath. They may even despise your advice. That’s when you panic.

The reason for keeping a safe distance from fools is not to make yourself feel superior, protect your image, prove your righteousness, or anything like that. I’m not suggesting you cut every one of them off completely, just that you limit how close you bring them in. You should continue giving good advice but refrain from confiding in them. It is not necessary to eliminate your influence on them but critical to mitigate their influence on you. Recognize that they are not someone in whom you place your trust. They are acquaintances, not friends. And when one turns out to be a dangerous shark, get out of the water.

Randy Robison is a writer, producer and host for the television program LIFE Today. His books, interviews and other materials can be found at randyrobison.com. Join him every weekday at noon central for “LIFE Today Live” on Facebook, YouTube and Twitter.