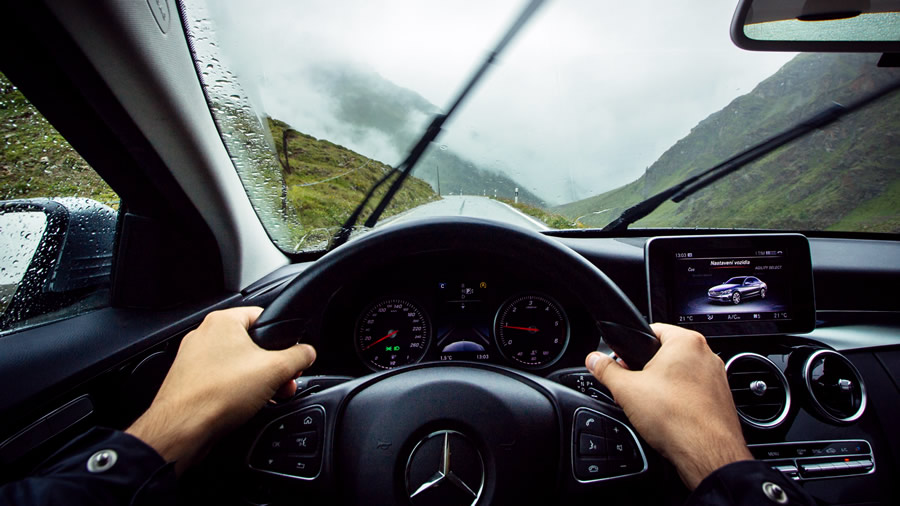 Wouldn’t everything be better if we were in the driver’s seat? If we were in control and called the shots? This thought may cross our minds as we watch the news. Who thought it was a good idea to … ? Why don’t they … ? We might think it when we watch loved ones make foolish decisions, at least foolish in our eyes. What are they thinking?!

If only everyone would ask us, everything would run better. But we sit at the phone and world leaders never phone to ask our advice. Neither, it seems, do our friends and family members. We would love to be in the driver’s seat and make the all the important decisions but we don’t even feel like we are in the car.

And then we pray, and we might pray as if God has called us looking for our advice. Sometimes, perhaps often, we don’t just pray to God, we tell him how to answer our prayers. We want to be in the driver’s seat, even with God in the car.

When we pray the Lord’s Prayer, especially the last lines, we will be caused to consider and reconsider just who should be in the driver’s seat of our lives: “For thine is the kingdom, the power, and the glory, forever and ever. Amen.” (The Lord’s Prayer, traditional)

The traditional ending to the Lord’s Prayer is not actually part of the prayer Jesus taught. But it is Biblical, the language being very similar to a prayer of David:

Thine, O Lord is the greatness, and the power, and the glory, and the victory, and the majesty: for all that is in the heaven and in the earth is thine; thine is the kingdom, O Lord, and thou art exalted as head above all. (1 Chronicles 29:11, KJV)

David prayed this prayer while God’s people were experiencing their “glory days” as a nation. David was a good king, a loyal king, who though not perfect, had led the nation well. Under his leadership the twelve tribes gelled together into one nation, he led many military victories, built a grand palace for the royal family, and now was preparing for Solomon to take over as king including the provision of all Solomon would need to build a temple for the LORD. Solomon had already been declared king as well, so this was a time of transition from a great king to his son.

As we read about this time of transition, what might we expect from David? We might expect David to gloat, “look what I’ve done, look at my power, my victories, my majesty, my kingdom that I have built, and how I am exalted over it all. Look now at my son who is ready to take my place as your king.”

Does David gloat? No, David prays:

Yours, O LORD, are the greatness, the power, the glory, the victory, and the majesty; for all that is in the heavens and on the earth is yours; yours is the kingdom, O LORD, and you are exalted as head above all. (1 Chronicles 29:11, NRSV, emphasis added)

David was a great king, but God is preeminent, the true and greater king. David knew it. David knew that it was far better to be a servant of the true king than to be a king.

David knew that it was a privilege to serve the Lord as a passenger and not as the one in the driver’s seat.

Also within Chapter 29, which is focused on preparations for the building of the temple, Bible scholars see allusions to Moses and the building of the original tabernacle. In other words, though we now have a king instead of a prophet as leader, nothing has really changed. The LORD is still our God, our leader and protector, our true king.

Let’s Learn From the Lord’s Prayer

If David knew that God was preeminent, Peter, Paul, Matthew, Mark, Luke, James, and so many others we read of in the New Testament knew that Jesus is preeminent:

Therefore God exalted him to the highest place
and gave him the name that is above every name,
that at the name of Jesus every knee should bow,
in heaven and on earth and under the earth,
and every tongue acknowledge that Jesus Christ is Lord,
to the glory of God the Father. (Philippians 2:9-11, NIV)

When we pray “thine is the kingdom, the power and the glory for ever and ever,” we are not just thinking of and praying to some generic idea of God, a God that cannot be known. We are praying to God who has revealed himself to us supremely through Jesus Christ. We are speaking, not just to our king, but to the one who has given us the right to call upon him as our Heavenly Father.