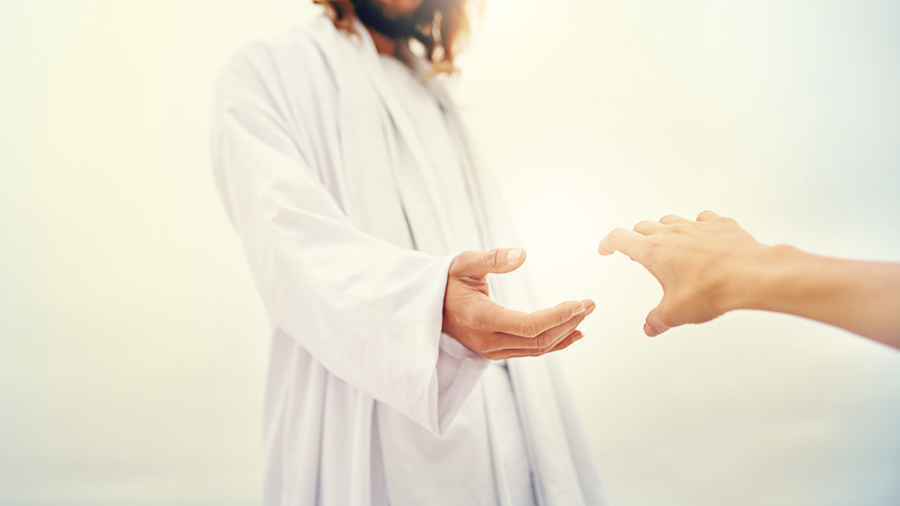 Not every unbeliever views Christianity with that unwilling eye, but I have spoken with several who have said, “No, even if I were convinced that Christianity were true, I still wouldn’t want it.”

I know some are influenced by bad experiences they’ve had. Others see Christianity the way the media portrays it, instead of the way real Christians are in real churches. Those are hard ones to overcome, I know.

But for those who do find a way to discover real Christianity, what would they find there?

Just as Christ rose from the dead to live forever, so too can they. How’s that for starters?

They’d find life everlasting. Just as Christ rose from the dead to live forever, so too can they. How’s that for starters?

They’d find freedom from the weight of their own faults, from enslavement to their own pasts. (The Bible calls it forgiveness of sin.)

They’d find a guide to what they were meant to be from the beginning. It comes by way of God’s Word.

They’d find that some things are really right and others are really wrong; but then, they always believed that deep down inside anyway. But they’d have the new and very huge advantage of knowing which is which, and why it is that way. And they’d see that God’s plan for us — include His moral instruction — is a good one, designed in love by the One who designed us.

They’d have a Guide, too: the Spirit of God Himself living in and traveling with them, showing them how to do what’s right, how to grow their souls, and being for them a living connection with God Himself.

Now admittedly this next one would depend on where they landed; but if they find a great church, they’d also find great relationships with other freed-up people. And I can tell you from experience, those are the best friendships of all. I didn’t say “perfect” people, mind you. I’m talking about people who are on a journey together, seeking to become more and more free to do and be what they were meant to be.

So I wonder, what’s not to love about all that?!

Some people get hung up on the question of right and wrong. They’re pretty sure they can figure that out better on their own, or that God doesn’t know what’s right for them.

What they need is a healthy dose of humility, to acknowledge that they’re not smarter than the God who created them after all. Humility also helps us all get over their belief that God doesn’t love us enough, or isn’t wise enough, to know what’s best for all of His people.

I wish I could show them all the real experience: Christianity the way it was meant to be, the way it can be,

And then there are those who have had the bad experiences with Christianity, or who think Christianity actually deserves the bad reputation it’s got in some quarters.

I wish I could show them all the real experience: Christianity the way it was meant to be, the way it can be, where imperfect people grow together, love one another, and give each other freedom and grace. Because it’s good, too. At least most of the time. We’re hardly perfect.

Jesus Christ at the Center

Christianity as it’s lived out in Christians’ lives may be a mixed bag. Christians ourselves are a mixed bag. But Jesus Christ Himself is good. Very, very, good. His entire life was a life for others, a life of love such as no one else has ever lived.

And His resurrection is the very best thing that’s ever happened to the world. He defeated death! He rose to new life! And He’s sharing that victory, and that life, with anyone who wants to enjoy it with Him.

Why would anyone not want that? I suppose there could be reasons. But only for those who don’t understand the real thing. If Christianity is true — if Jesus and his life, death and resurrection are all real — then there’s no good reason not to want to follow Him.