Five Rules For Success at School 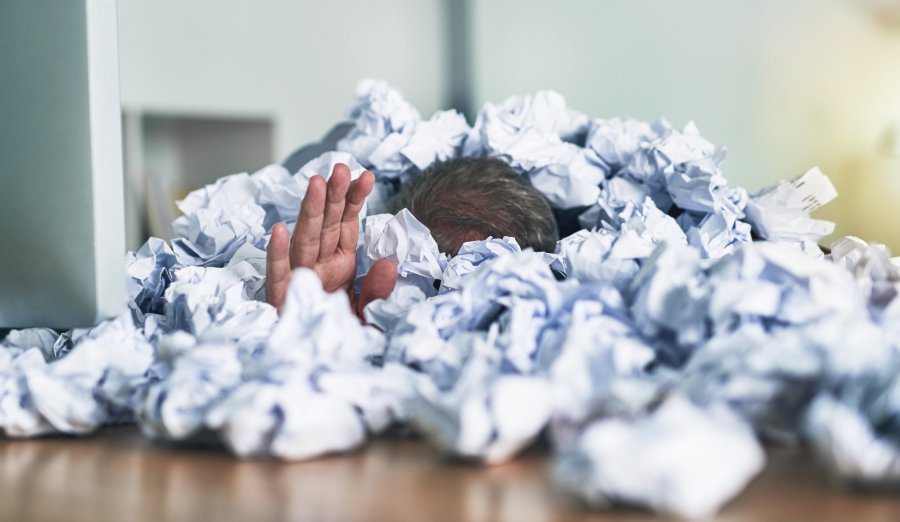 You may hate teachers who make you write. A lot of people hate writing. Heck, I often hate it and I do it for a living. But — this is the way the world works, kids — in writing school papers you will learn skills you won’t learn any other way. Those skills will make a difference to your whole life.

Here are five rules to help you do it well. I’m mostly writing for the high school and college student. But the rules apply even if you’re 63 and your boss tells you to write a report on advances in widget-making.

First, do what the teacher tells you

Well, of course! you say. But lots of students do something else. They want to write more than he wants them to write, for example. They think they have to say this, that, and the other thing. So they hand in a five-page paper for a two-page assignment. They tell themselves the teacher won’t mind.

Want some great insights into Christian thinking? A theologian named A. D. Sertillanges wrote The Intellectual Life about 70 years ago, and it’s still the best thing of its sort. It’s more than a little academic, though. For some easy insights from the book, see Five Unexpected Lessons About Thinking.

Here’s one. Sertillanges warns us against the idea that we have to know everything. It’s easy to feel that, especially when you’re around really smart people. We don’t want to be half-informed. He explains:

“The half-informed man is not the man who knows only the half of things, but the man who only half knows things. Know what you have resolved to know; cast a glance at the rest. Leave to God, who will look after it, what does not belong to your proper vocation.”

In other words: Do your job and do it as well as you can. Don’t try to do everyone else’s. God’s in charge.

As Sertillanges says: “Do not be a deserter from yourself, through wanting to substitute yourself for all others.”

The teacher will usually have a good reason for telling you to do what he’s telling you to do. He may want you to write just two pages because he wants you to learn to focus, to figure out the main point and select the best evidence, and present it efficiently. Or maybe he just doesn’t have time to read a lot of long papers, because he’s teaching other courses. Maybe he’s lazy or has three small children at home.

If he has a good reason, you won’t learn what you should learn if you ignore his instructions. Even if he doesn’t have a good reason, it’s his class — but your grade.

Pick the narrowest subject you can. A lot of us want to make the big, all-encompassing, solves-the-whole-problem point. You imagine your teacher smacking his forehead and saying, “Wow, this student’s a genius! Give this kid a full scholarship.” This pretty much never happens.

Find a subject you could put your finger on if you found it. Don’t begin with your theory, meaning you’ll write more of an argument and less of an exposition. That will usually hurt you, because you probably don’t know enough to argue your theory well.

Write about a person or a book instead, or compare two people or two books. Present what important people have said about your subject. Describe an event drawing upon different sources. That kind of thing.

As a teacher, I’m much happier with the students who tell me something they know, that they can describe well, than with those who submit Big Thoughts. The great minds can do that, sure, but most of us mere mortals need to do what we can. That’s our contribution and a necessary one it often is.

Third, decide what you want to argue before you start writing

You may be the kind of person who works out what he thinks by writing. I’m that way. But don’t let that fool you into writing before you have your basic idea. You do that, you waste a lot of time noodling around and tossing up a lot of stuff you can’t use. It’s way too easy to type instead of write.

These rules apply to people who want to write for publication as well. Just put in “editor” where I’ve written “teacher.”

People hoping to be published should follow the rules even more closely than students. The teacher has to read students’ papers, but editors don’t have to read submissions. And they often don’t want to. Because, let me be honest here, most things an editor gets either aren’t very good or they don’t fit the publication.

Always always always search the publication’s website for its writer’s guidelines. Sometimes they’re called “submission guidelines.” You can usually find them under the “About Us” tab.

Get at least a bumper-sticker version of your argument. You might only have a reaction or a gut feeling or a really simple idea. Go with that. Then ask yourself what you mean by it and what evidence you have for it.

This also helps a lot when you’re stuck. You stare at the computer screen feeling you have nothing intelligent to say. But you do. Okay, usually. It’s just stuck in your head somewhere. Start with that reaction or gut feeling.

Your first bumper-sticker might be your reaction to one of the assigned textbooks. You might think: “This is a great book.” That’s not much, but you can do something with that. Ask yourself: “Why is it a great book? Why do I like it so much? Who should read it? What would I tell my roommate about it?” Then you might find yourself saying something like “It deals with this problem better than these famous books I’ve read.” Then you’d lay out your reasons.

Fourth, share your writing with critical readers and listen to them

You need someone to tell you what you’re missing. Almost everyone does. I make much of my living editing academics and professional writers and even they need help putting their argument together and conveying it most effectively. They know too much to see what they don’t know and aren’t saying.

This will be true for you as a student. You need people to tell you they don’t see your point or they can’t follow your argument or your evidence doesn’t convince them. Don’t react — as it’s so, so easy to do — but hear them. Usually you’ll need to rewrite till they’re happy. You may indeed be perfectly clear — to you and to people like you. But if you’re not clear to them, you’re not clear enough.

When I said this to my seminary students, the younger ones always laughed. Out loud. In class. It’s not magic, but something good happens when you physically write. You see what you want to say better. You don’t burble out lots of stuff you can’t use. Your mind kicks into gear in a way it doesn’t always do when you’re typing. As I said, it’s way too easy to type instead of write. Writing by hand makes you write.

Follow these five rules. You will write better papers if you do. And remember when you’re muttering to yourself about having to write a paper, your teacher’s giving you a blessing. And at some sacrifice. He’s the one who has to read all those papers and — as you might guess — most of them break at least one of these rules. Some break all five, and boy, that’s painful.

Apology to earlier readers who noticed the half-finished sentence at the end. The article was posted before it was finished, apparently by obnoxious software.

This article is adapted from David Mills’ weekly column for Aleteia, which you can find here. He came to the rules from teaching writing at a seminary and mentoring young writers, and from editing hundreds of people as editor of Touchstone and executive editor of First Things, which he still does freelance.

Sorority Suspended for ‘Hazing’: They Require Members to Study 25 Hours Per Week