Sometimes the truth is too painful or offensive to speak directly, so we tell it by means of a story. An old joke goes that while a sensitive eight-year-old boy was away for his first summer at camp, his beloved tabby cat, Rufus, got crushed by a passing car. His overprotective parents decided to break the bad news to him gradually, so their first note said that Rufus had climbed on the roof, and wouldn’t come down. He worried at night, but didn’t despair. The next week he got a note that the fire department had tried but failed to catch the cat. The boy sulked a little, but he didn’t fall apart. On the third week, he learned that Rufus had disappeared, and probably would not be found. He cried for a while, but having been gradually prepared for losing Rufus, he took the news pretty well. Then a few weeks later, the boy got a fresh new note that informed him, “Your grandma is up on the roof….”

Ladies and gentlemen, our country is up on the roof, and with it our fragile liberty. Since we care about these good things even more for our descendants than for ourselves, in fact it is our children and grandchildren trapped on the roof — the roof of the White House, peering down with tearful eyes and trembling fingers to see if the next President who comes to inhabit it will offer them a ladder down to safety… or will set the place on fire.

We didn’t get here by accident. There were wise men who foresaw it, whose sensitivities as artists let them craft works of fiction that warned the West where it was headed. They weren’t heeded. But there is still time to learn from them now. So here’s a gift list of five prophetic novels, which I recommend that you read, then hand out to well-meaning friends who don’t quite “get” the gravity of the threats to faith and freedom. Each book is listed by the crisis that it predicted:

The Islamic Colonization of the West

The Camp of the Saints by Jean Raspail (1973) is a powerful apocalyptic novel and a scathing political satire. Its target is liberal 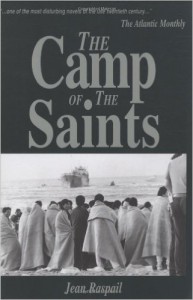 elites and their systematic perversion of Christian compassion into a civilizational death wish.

In the book, a mass exodus of non-Christian refugees is sailing for the West, in numbers large enough to overwhelm any country that accepted them. At the borders of every Western nation, including Israel, large crowds of disgruntled “have-nots” gather to see if the West will turn back the armada, or shrug and accept them — which they will take as a signal for tens of millions more to pour across Western borders. Endorsed by National Review when it was translated from French, this novel has done more to change minds on undisciplined immigration than any other book. Some of the language is rough, and borderline racist — but then, that’s true of many great works of literature, which this undeniably is. The portrait of the masochistic, multiculturalist, open-borders pope in the novel is worth the book’s price by itself.

Ecological Tyranny and the Attack on Sex and Marriage

The Wanting Seed by Anthony Burgess (1963) is a fascinating and deeply disturbing book, which imagines all Western history as a seesaw between those who imagine that human nature can be perfected, and those who consider it hopelessly depraved. 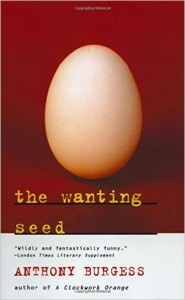 up thinks that big government, central planning, eugenics, and strict population control can solve the problem of scarcity, dissolving all reasons for social conflict in a pink fog of mild goodwill and quasi-brotherhood. And it’s these perfectionists who are in charge at the novel’s outset, reacting to food shortages and environmental problems by imposing a rigid Malthusian scheme akin to China’s One Child Policy.

To emphasize the evils of heterosexual reproduction, the government encourages flagrant homosexuality, sterilization and even castration — granting plum positions via affirmative action to characters who will remind you of “Caitlyn Jenner.” Of course, this can’t last forever, and the conflict in the novel comes when rebels who emphasize man’s fallenness, to the point of wallowing in it, push back in the form of religious fanaticism and terrorism … an eerie prognostication of Islam’s response to the West’s Culture of Death. (Full disclosure: the author didn’t see quite that far ahead; his religious terrorists are radicalized Anglicans — a detail which is unintentionally hilarious.)

The Hedonistic Culture of Death

Brave New World by Aldous Huxley (1932) is a book that you probably had to read in high school, when yo 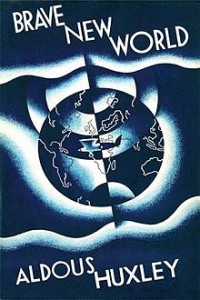 u were too young to appreciate it. The society crafted by technocrats in this novel is in fact what too many high school students (especially boys) would find the perfect world: Sex is abundant, guilt-free, and offered with no strings attached. Work is easy, pleasant, and brief. All anxieties and unhappiness are dulled immediately with a quick dose of happy pills. The price of these happy times is that the state suppresses religion and bans great works of literature, such as the Shakespeare plays that high school students would rather not have to read anyway. What’s not to like?

Of course, as the book makes clear, the down side of organizing society around the greatest number of pleasant moments for the greatest number of people is that no one becomes an adult. No one makes any meaningful sacrifice for any cause at all, much less for another person. So there is no real love, either — not even parental love, since all reproduction is done in labs and children are raised by government experts to be cheerful and well adjusted. Sound familiar? Because Huxley was a masterful literary artist, his depiction of this dystopia is rich and three-dimensional; he doesn’t stint when he shows the painful price of embracing tradition and religion as alternatives to post-modern subhumanism. The outcome is a novel that helps us to understand exactly why so many of our contemporaries are willing to trade their human dignity for a promise of greater contentment, and the book helps grant us the imaginative sympathy required if we hope to guide souls to the straighter, narrower path.

The Infantilizing Power of the Secular State

Love Among the Ruins 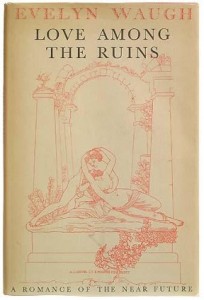 , by Evelyn Waugh (1953), is a futuristic novella, by turns amusingly horrifying and darkly, sadly funny. It was Waugh’s attempt to follow the logic of milk-and-water humanitarian socialism to its logical conclusion: a society where criminals are treated as wounded victims, where private property is seized by the state and used “for the common good,” and every moral or character ideal is turned upon its head, in the name of a false, post-Christian humanism. (The Christmas season, in Waugh’s future, is renamed “Santaclaustide.”)

Waugh’s “hero” is a lifelong arsonist, whom the state houses in a cozy rehabilitation center set in an old aristocratic home that had (of course) been confiscated. He pursues his love of pretty, pretty fires and of a lovely hermaphrodite, a woman whom state experiments with gender identity have equipped with a long, golden beard. Fittingly, in this socialist paradise, the only government agency that is profitable and popular is the Ministry of Euthanasia, where the lines of hopeful customers always extend around the block. This is not Waugh at his subtlest, but at his most bleakly prophetic. The book reads as if he had somehow been granted access to this year’s newscasts from Belgium.

The Dissolution of Christian Faith into Humanitarian Sentiment

The Lord of the World, by Robert Hugh Benson (1908) is a long and psychologically insightful novel, a precocious instance of the genre that sci-fi fans now call “Cybersteam.” It was written in the wake of the Victorian era by the son of the Anglican Archbishop of Canterbury, who had dabbled for some time in the occult before converting to Catholicism. The novel takes the strands of religious liberalism current around 1900 and projects them a hundred or so years into the future — to create a society perfectly ripe for the coming of the Antichrist. 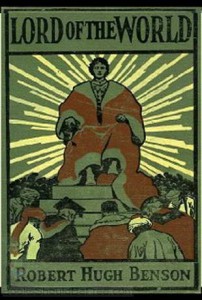 What’s so chilling about the book is how accurately the author predicted the church of today, where many Christians have lapsed into a teary-eyed, self-aggrandizing “tolerance” and abandoned core Christian doctrines, especially when the State applies the slightest pressure and offers its squalid bribes.

As the Antichrist arrives, it is as a sponsor of humanitarian values, winning the equivalent of the Nobel Peace Prize simply for showing up. In due course, he does defuse a threatened European war, and dissolves social conflicts with a preternatural ease. He also offers to solve all ecclesiastical conflicts, by drawing believers together into an uplifting, pan-religious movement that goes beyond “divisive” moral issues and “outdated” doctrinal claims. Those Christians too pig-headed and uncharitable to accept his kindly offer face the prospect of euthanasia or worse — chief among them, the reigning pope.