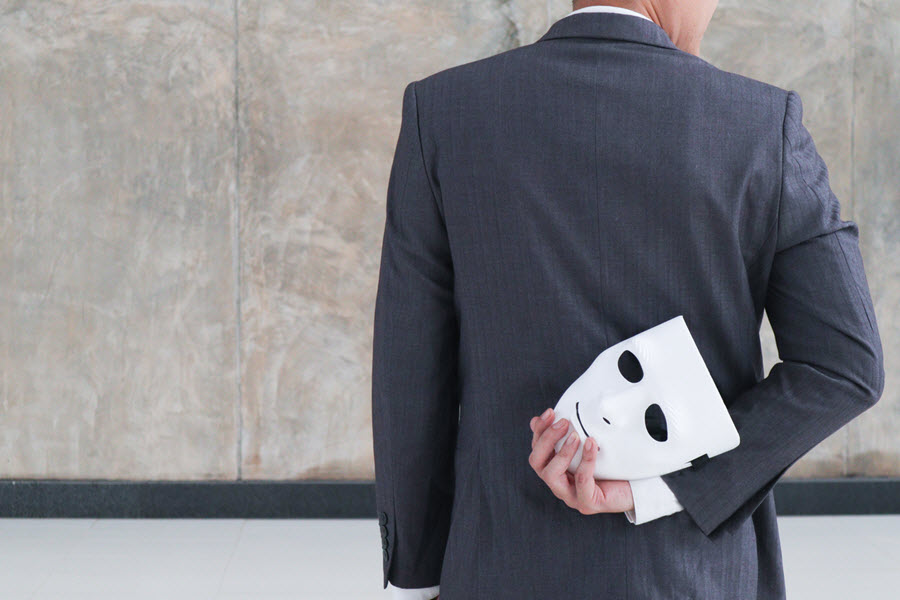 Deep in the false and fevered swamps of fake news and fake history resides a third mendacious denizen — fake definitions. Appearing first with a hiss in the Garden of old (“Did God really say?”), fake definitions have become the mother’s milk of Leftist progressives.

Their aim is to recast generally understood words and cultural concepts — treating the common understanding as pejoratively as possible. The Left’s targets are those things not conforming to their political agenda. Therefore, efforts at fiscal responsibility are labeled “draconian” and “mean-spirited.” Those seeking to preserve historic moral imperatives and a biblical understanding of marriage and human sexuality are “homophobic.” Those adhering to a biblical ethic of human life (especially toward the unborn) are “sexist” or “anti-woman.” Those recognizing America’s spiritual heritage are “religiously intolerant” or “xenophobic.”

At the same time, hard Left voices like Maxine Waters and Alexandria Ocasio-Cortez are exalted as mainstream. Sure, mainstream. Like Lois Capps who proposed “mainstream” legislation to remove the words husband and wife from federal law.

Pro-choice (with no choice offered to the baby)

Reproductive health (certainly not the health of the baby)

Discrimination (as measured by outcomes not actions)

Diversity (including varied ethnicities and viewpoints — just not yours)

Tolerance (you get to tolerate them; they persecute you)

Racist/Hater (anyone not agreeing with the Leftist agenda)

Using the fraudulent manipulation of language, Leftist progressives aim to advance their political, environmental, quasi-scientific, and socialistic agenda. English novelist and social critic George Orwell anticipated all of this when he wrote:

Political language … is designed to make lies sound truthful and murder respectable, and to give the appearance of solidity to pure wind.

The Wind of Fake Definitions

Speaking of pure wind, let’s turn our attention to the fake definition of “hate group” proffered by the folks at the Southern Poverty Law Center. In the interest of full disclosure, our nearly three-year-old defamation suit against the SPLC (for placing us on their so-called hate map) is currently before the Eleventh Circuit Court of Appeals.

In its defense, the SPLC argues that the First Amendment allows them to have their own definition of hate group. In this assertion, what constitutes a hate group is a matter of opinion. You can have your opinion; I can have mine. But this is sophistry on the level of wanting to have your cake and eat it too. The SPLC publicly states that D. James Kennedy Ministries is a hate group. This statement implies an assertion of objective fact, and in published statements the SPLC makes clear it intends for individuals, government agencies, and businesses to rely on it as fact. However, when pushed in a court of law, the SPLC claims that its implied assertion of fact is merely opinion.

At the heart of the matter is the SPLC’s responsibility to recognize the “reasonable man” (or woman) standard in the law, with the central questions being: How does an average reasonable person understand the “hate group” accusation applied so wantonly and recklessly by the SPLC? Is it intended as fact or mere opinion?

This is critically important as only a tiny fraction of Americans will ever see or hear the SPLC’s proprietary definition of a hate group. Yet the false and defamatory label it applies to organizations with which it disagrees travels far and wide — especially so in the era of fake news. So then, what is the commonly understood definition of hate group? It’s not all that complicated.

Hate groups are about actions — not thoughts. We call it criminal behavior because it’s an action not merely an idea.

Thomas Jefferson deftly articulated this distinction in his oft-cited letter to the Danbury Baptist Association in 1802, where he wrote: “The legitimate powers of government reach actions only, and not opinions.”

Opinions are protected speech. My strong opinions, emotions, and frustration may overflow in the face of single-digit IQ drivers who endanger everyone around them by their selfish aggressive driving. I might even use words to describe them that demand of me a subsequent repentance — but that is not necessarily an expression of hate. We can see this more clearly in considering hatred’s polar opposite.

Love is not primarily a state of mind or an emotion, but a set of actions flowing from heart inclinations. If I proclaim my love and concern for the widow, orphan, or poor without any benevolent action to make it tangible, where is the love in that? Opinions and inclinations are not enough. In fact, in most cases inclinations alone are meaningless. The Apostle James writes in the same manner about tangible faith:

What good is it, my brothers, if someone says he has faith but does not have works? Can that faith save him? If a brother or sister is poorly clothed and lacking in daily food, and one of you says to them, ‘Go in peace, be warmed and filled,’ without giving them the things needed for the body, what good is that? (James 2:14-16)

It’s the tangible action that gives genuine love its veracity. In February, Ryan Sively braved a Texas ice storm to rescue 150 stranded motorists. John Powell, a Houston-area pastor stopped to help a motorist whose car was ablaze as the result of an accident. He was struck and killed by a semi-truck. The actions of both men gave eloquent and indelible meaning to the inclinations of their hearts.

Words without actions are like wind without rain, fire without warmth. Such expressions are what the poets call a velleity — a wish or an inclination not strong enough to lead to any observable action to make it so. Put in a more homespun fashion: Saying isn’t doing. Genuine love is always expressed in actions. Just so with genuine hate.

When hate is limited to an emotion, attitude or thought based upon a particular bias, it’s essentially an opinion. Such opinions, no matter how disagreeable, are protected speech. They are not crimes. And this is where the wheels come off the SPLC’s definition of hate group.

From its own website, the SPLC defines hate group as:

An organization or collection of individuals that — based on its official statements or principles, the statements of its leaders, or its activities — has beliefs or practices that attack or malign an entire class of people, typically for their immutable characteristics (emphasis added).

This is a definition of hate group based purely on the opinions or core beliefs of a group. What are practices but expressions of belief. The SPLC makes this clear by insisting that “an organization does not need to have engaged in criminal conduct or have followed their speech with actual unlawful action to be labeled a hate group” (emphasis added).

With this rhetorical sleight of hand, the mask comes off. The SPLC makes a fortune by “attacking and maligning” the speech of others — suggesting, incidentally, that the SPLC is ripe for hoisting on its own petard, since it nicely meets its own “hate group” definition. At any rate, how the SPLC is singularly qualified to evaluate the speech of others, across a wide range of religious, social, and cultural issues, escapes the notice of most neutral observers. But herein lies the genius of progressive thinkers: If the viewpoint in question is different than theirs it must be hate speech.

All of this reveals the SPLC to be little more than the Thought Police depicted in George Orwell’s 1984 — where the thought itself is the crime. And remember, the SPLC’s “hate group” designations are steadfastly advanced as “fact” in their voluminous direct mail letters, digital distribution, and public statements. Yet, when they must look a judge or jury in the eye — “Well, Your Honor, these are just our opinions.”

In Search of the Reasonable Man

Which leads us back to the “reasonable man” standard of the law and D. James Kennedy Ministries’ quest to be heard before a jury of our peers. The reasonable man understanding of hate group is: malice or bias bent on bodily harm. The defining characteristic of a genuine hate group is violence. Anger is not necessarily hateful. Frustration is not necessarily hateful. Neither are strong opinions different than your own. The difference is violence. How do you know some group hates you? They try to hurt you. Think KKK, skinheads, Nazi Brownshirts, and radical Islamists flying jet fuel-laden planes into buildings.

To have the SPLC characterize as “hate” the work of Christian ministries — those defined by their love for God and their fellow man — is an admixture of Orwellian newspeak cross-bred with Freudian projection. It’s both false and defamatory. And here is the grand irony. While it’s inarguable that violence is the watermark of authentic hate groups, where are the violent Leftist groups on the SPLC’s so-called hate map? Antifa? Black Lives Matter? The Occupy Movement? They are nowhere to be found. They must all be busy with “fiery but otherwise peaceful protests.”

In his work, Through the Looking Glass, Lewis Carroll may have perfectly captured our cultural moment:

‘When I use a word,’ Humpty Dumpty said in rather a scornful tone, ‘it means just what I choose it to mean — neither more nor less.’

’The question is,’ said Alice, ‘whether you can make words mean so many different things.’

’The question is,’ said Humpty Dumpty, ‘which is to be master — that’s all.’

The SPLC sees itself as “master” and has publicly pledged to “destroy” those with whom it disagrees. That sounds a lot like promising violence — and suggests that the SPLC itself traffics in hate. A reasonable question here is: Why do our businesses, government agencies, and news media so thoroughly embrace and endorse the questionable judgment of an organization that wants to destroy others simply because they disagree?

My own opinion is that the SPLC doesn’t really believe we are haters. They know better. Yet they are happy to use the epithet as a form of reputational terrorism. The goal is to silence the opposition. The goal is viewpoint discrimination — all through fake definitions.