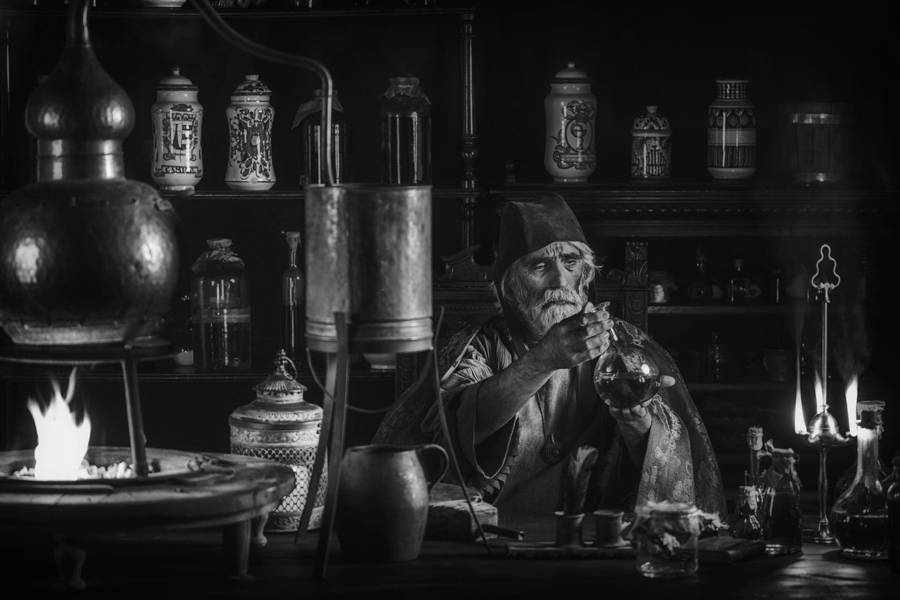 I’s time to tell the truth. I’ve seen atheists driven bonkers over it, doing everything they can to misunderstand it so they don’t have to accept it. Science never would have started if not for everything Christianity gave it. Christian Europe was the cradle in which modern science was born, and there is good reason for that.

All the early scientists were Christians. All of them. Copernicus was a canon in the church, a position just below that of priest. Galileo was a believer to his death. Kepler, Brahe, van Leeuwenhoek, I could go on and on with the list. Some were religious but not necessarily Christian: Priestley, a Unitarian; and Newton, who wrote considerably more theology than science but wasn’t entirely orthodox. Early science was a believers’ enterprise, through and through.

Atheists object: “What did you expect? They were Christians because everyone was a Christian then. You had to be Christian to do anything.” That doesn’t change what I said, though: All the early scientists were Christians. Still they have a right to say, “So what? What’s your point?” My point is, their Christianity was essential to their motivation to study nature. Without it, science never would have gotten off the ground.

Here’s where the atheists start howling their objections. “You can’t seriously think you have to be a Christian to be a scientist!?” Sometimes I wonder if they misunderstand on purpose. No, it’s not essential — not today, that is. Let’s take it back in time, though, and ask why anyone would undertake the studies we now call science.

In short, when no one had years of science to teach them that science was worth pursuing, some people went forward with it anyway on the strength of a worldview, Christianity, that led them to expect good to come of it.

That motivational question is easy to answer today, with centuries of history seeing science succeed in so much. What if we didn’t have that history, though? Let’s take a moment to imagine ourselves as those early proto-scientists, trying to figure out how the world works. Who might we have been, and why might we have done it?

A Christian Perspective on Nature

It’s not likely we’d have followed any philosophy that said matter is an evil to be overcome through some spiritual experience or knowledge. Such a view was hardly uncommon. Genesis chapter 1, on the other hand, tells us repeatedly that God called His creation good.

That’s the rumor. Take time to consider the context, though

In some cases the resistance has much less to do with science than with some scientists’ mixing politics with science. In other cases the problem isn’t science but scientism, the false belief that science alone is the source of true knowledge.

The evolution question is yet another, and Christians disagree even among ourselves on it. There isn’t space here to say more about it at this time. We recommend Evolution News and Science Today as a helpful source.

It’s entirely possible that some Christians oppose science because they don’t understand what it is or what they’re talking about. Christians can get that wrong.

And finally, some of the rumor, though, comes from people who just want to make Christianity look bad. It’s up to them to bring forth facts to justify the charges they make. Often they can’t do it, or they fall into myths like those we’ve covered here lately.

Likewise if our background beliefs told us reality was mostly chaotic, we never would have thought to look for rational order in nature. This, too, was a common belief outside Christianity. Read the wars of the Greek or Norse gods. See in The Iliad how the gods directed the course of battle on a whim, based on their Olympian rivalries. Think of the tribal religions that ascribe the harvest to how well they’d appeased the gods.

Nature itself was never merely nature for most of the world at that time. The whole world was inhabited and controlled by gods.

One of the medieval Church’s greatest advances was to “desacralize” nature. You might say they kicked the gods out of the rocks and the trees, letting them be simply the natural objects they are. There were official Church pronouncements on this, and though there’s a long story there, ultimately it grew out of Christianity’s core beliefs.

God created nature separate from Himself, so Christianity never thought the world was infested with gods. He created it to express His own “Logos” rationality — see John chapter 1, where “Word” is translated from logos, with its obvious connection to logic. So even without science, a Christian had reason to expect a world run by orderly, rational principles.

A Christian Perspective on Human Worth and Progress

For much of the world and for much of history, human worth has been a vague, hazy, or even unknown concept. Hard work was the normal, unavoidable, and even proper lot of man.

Equal worth was even less well known. If you had the leisure to study nature, you probably had someone else doing that hard work for you: servants, slaves, or members of lower castes. Plato considered it right for a slave to be a slave. Hindus took it that Brahmins weren’t meant to do manual labor, but that lower castes were made for that purpose.

Christianity, in contrast, sees all humans as equal in worth and dignity, and labor as a kind of pain that’s good to alleviate. I do not mean to say we have always lived up to what we know about that. But it is knowledge uniquely grounded in the Christian worldview.

And finally, the notion of progressive knowledge would have been foreign to most ancient worldviews. Religions and philosophies typically saw history as an endlessly repeating cycle, not a straight line. Christianity sees it as moving from a beginning to an end.

Christianity Was Essential to the Rise of Science

In short, when no one had years of science to teach them that science was worth pursuing, some people went forward with it anyway on the strength of a worldview that led them to expect good to come of it.

Medieval Christians were not deliberately trying to make progress toward science as we know it today. They were simply studying God’s creation so that they could become better theologians and Christians. In that sense, their motives for doing science were no different from those of earlier eras. It was just that the metaphysical background to Christianity turned out to be uniquely conducive to successfully understanding the working of nature.

It’s no accident, then, that science as we know it today was born in Christian Europe and nowhere else. Other civilizations, especially the Greeks and the Arabians, made great contributions. Christianity was not the only ingredient necessary for the growth of science, but it was, as Hannam says, an essential one:

In summary, atheist historians such as Richard Carrier are wrong to say Christians neglected science and that pagans were on the point of a scientific revolution. On the contrary, Christianity was a necessary, if not sufficient, cause of the flowering of modern science.

Our atheist friends may keep on mocking. Let them. The faith-science myths keep falling. The truth remains the truth.

Brand-New Science or Age-Old Politics? How Everybody Gets the Galileo Story Wrong

They Thought the World Was Flat, and Other Science-Religion Fables You’ve Been Fed